Stranraer is a town in the south of Scotland in the west of the region of Dumfries and Galloway and in the county of Wigtownshire. It is best known as a ferry port connecting Scotland with Belfast in Northern Ireland. Stranraer lies on the shores of Loch Ryan on the northern side of the isthmus joining the Rhins of Galloway to the mainland. Stranraer and its surrounding area saw a significant amount of activity during the Second World War, as it became a focus for anti U-boat work. Flying boats operated from the area to attempt to secure the waters of the North Channel and the south western coast of Scotland, with both areas seeing almost all Britain’s shipping imports pass through those seas en-route to the Clyde or the Mersey.

An early start to catch the 07.13 from Glasgow to Stranraer. Like the Albion match and all others this weekend, this fixture was switched to allow supporters the opportunity to watch the Scotland v Netherlands match in the afternoon. A noon kick off at Stair Park was the order of the day. Apart from myself, Peterhead were also making their first ever visit to Stair Park and will have been delighted to come away with all the points courtesy of a 2-0 victory

This was the 2nd leg of my epic 3 matches in less than 48 hours in Scotland. It had started with a Friday night trip out to Coatbridge to watch Albion Rovers take on the emerging Gretna; The conclusion being a Sunday afternoon fixture between Dumbarton and Airdrie United. This adjustment to the fixture list was caused by Scotland taking on Holland over 2 legs in a European Championship Qualifying Play-Off. After the match there was the little matter of the Scotland game and I adjourned to the Rudicot Hotel, as recommended in the superb Scottish Football Ground Guide and emerged 5 hours later. The locals allowed me to join their party and I watched the Scotland match and the 2nd half of Russia v Wales in splendid company. The landlord provided the complimentary Scotch Pies for half time.

The Pieman is unable to comment on the return train journey back to Glasgow as he was rather sleepy! 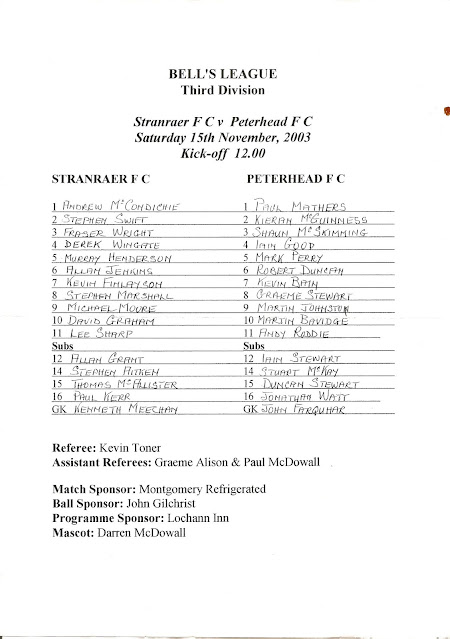 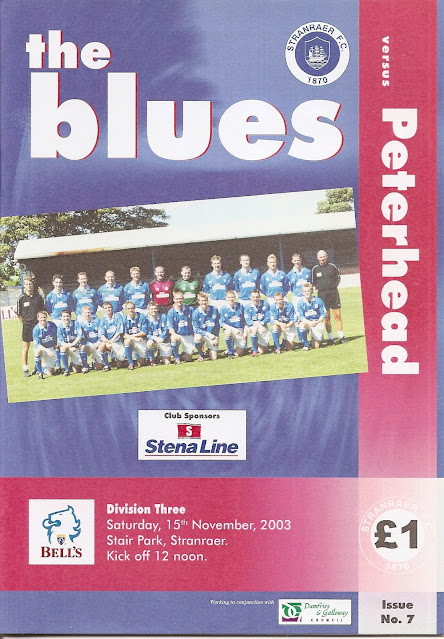