Yeovil was founded in the 8th century after the Saxons conquered this part of Somerset. The name Yeovil is believed to be a corruption of the Celtic word Gifl, meaning forked river. In time the Saxon village grew into a little town. By the time of the Doomsday Book (1086) it was a flourishing community though it would seem tiny to us with a population of not more than 1,000. Givle, as it was then known, had a weekly market. In those days there were very few shops so if you wished to buy or sell anything you had to go to a market. From the early 15th century there were also 2 annual fairs in Yeovil. In the Middle Ages fairs were like markets but were held only once a year for a few days. The Yeovil fairs would attract buyers and sellers from all over Somerset and Dorset. In the following centuries the glove making industry grew to be Yeovil's most important industry.

15 years on from since my previous visit to Yeovil (FA Cup tie v Merthyr Tydfil with Dennis/Jack Jones). I did not recall a great deal about the town and for this purpose a bit of ‘surfing’ as preparation took place. In search of decent pubs, A Cambridge CAMRA lorry driver on his local site claimed that the Butchers Arms was the best of a pretty bad lot and to be fair he was spot on. A very average town centre, including an extremely poor Weatherspoon (not enough bar staff), was more of a desert than the oasis that should be expected, for my real cider seeking chum (this is Somerset!)

To reach Yeovil by train there is a fairly good service from London Waterloo but Junction station is a bus ride from town. The town is also a bus ride from the Huish Park Stadium which is located within an industrial estate. This venue is OK but why after at least 10 years had they still not covered the away terracing? For this reason alone I was happy to allow Macclesfield Town their rather fortunate 2-1 victory (86th minute winner). 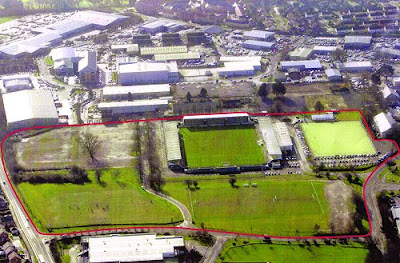 I was particularly grateful to Peter and Matt Vinall for releasing Karaoke Bob Gilligan for this fixture. He was getting fed up with evicting Chinese nationals from his Highbury seat. Some decent beer and superb Fish & Chips (sorry about taking the last Haddock Matt) in Salisbury on the return leg rounded off the day. 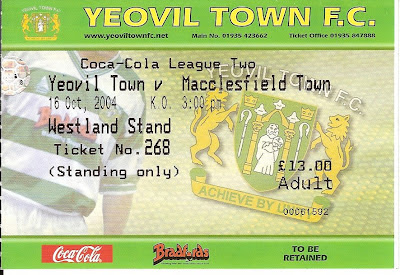 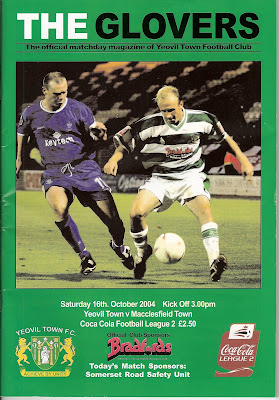