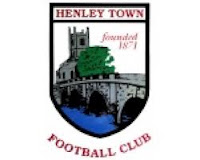 Henley-on-Thames is a town on the north side of the River Thames in south Oxfordshire, England, about 10 miles downstream and north-east from Reading, 10 miles upstream and west from Maidenhead. It is located near the corner between the counties of Oxfordshire, Berkshire and Buckinghamshire. Henley is a world renowned centre for rowing, each summer holding the Henley Royal Regatta, one of the highlights of the social calendar of the English middle and upper classes. 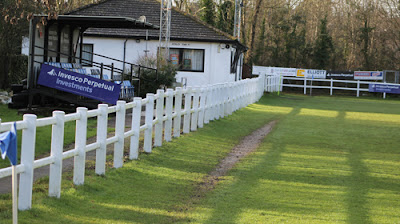 The Hellenic League presented unfamiliar territory to me. The only two previous visits being to the old Milford Ground nearly 10 years ago on cup final morning with Dave Hattersley and a dash from North Greenford United to Rayners Lane as part of an Easter Monday double header with dear old Nigel Maitland. Great Western Link (now operating the service previously offered by Thames Trains) have improved the services to Henley-on-Thames. The majority of the time you have to change at Twyford for the shuttle service. For my visit I was able to catch the direct 17.52 from Paddington. The Triangle Mill Ground is between 15-20 minutes walk (Fish and Chips en route as is real ale - local brew Brakspear, now brewed in Witney rather than in Henley!) from the station and for a midweek visit the 22.11 service will get you back to Paddington just after 23.30. 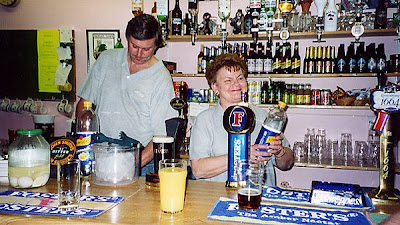 On a cold evening both Henley and Witney played some entertaining football with the home side edging it 1-0. Not a big ground by any means but tidy with a small covered stand. Good food is available from the clubhouse but I resisted the temptation of the 'all day breakfast' having had similar at work. The sausage baguettes are good and I can admit to that.