Livingston is the fourth post-war new town to be built in Scotland, designated in 1962. It is located approximately 15 miles (25 km) west of Edinburgh and 30 miles (50 km) east of Glasgow, and is bordered by the towns of Broxburn to the northeast and Bathgate to the northwest. Livingston is the largest town in the West Lothian area. Livingston itself is the 7th largest town in Scotland, based on 2004 population estimates. Livingston is also the second largest settlement in the Lothians after Edinburgh. Until 1963 the area surrounding the ancient village of Livingston was open farm land. The name was taken from this village which dates back to 12th Century when a Flemish entrepreneur called De Leving was granted land in the area. He built a fortified tower which is long since gone and the settlement that grew up around it eventually became known as Livingston. 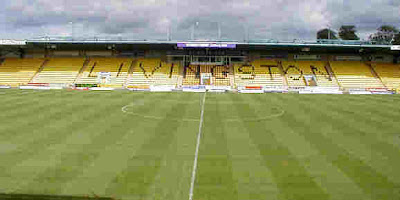 Livingston Football Club began life as Ferranti Thistle in 1943. A works team, they initially played in the East of Scotland League. Following the demise of Third Lanark, a place opened up in the second division of the Scottish Football League. After beating off competition from four Highland League sides, Hawick Royal Albert and Gateshead United, Ferranti Thistle were accepted into the league by a vote of 21-16 over Inverness Thistle. However, due to stringent SFL rules on overt sponsorship of teams at the time, Ferranti Thistle were forced to change their name to take their place in the league. After a campaign by the Edinburgh Evening News to find a name for the club, the name Meadowbank Thistle was chosen, and approved by the SFL in time for the new season. In the mid 1990s Meadowbank ran into severe financial difficulties, and were facing closure. As a result, and in the face of significant opposition from many Meadowbank fans who objected to the dropping of the club name and the team moving from Edinburgh, in 1995 Meadowbank Thistle relocated to a new stadium in Livingston and changed name again, to Livingston FC 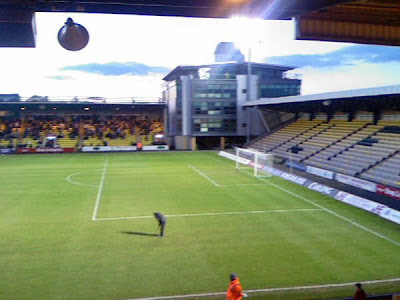 The choice was the Manchester United v Arsenal FA Cup final on the box or an early Saturday morning flight to Prestwick in order to watch the final SPL match of the season for Livingston and Dundee. No contest! As we headed for Stansted, we were boosted by the knowledge that there was something riding on this one. There were a few different scenarios but the most significant was that visitors Dundee had to win to preserve their SPL status. Hosts Livingston were also under pressure as defeat would see them relegated. On arrival at Prestwick, we soon caught train connections to Glasgow, Edinburgh Haymarket (where we adjourned to Ryries Bar for some excellent liquid refreshment – Ed) and then on to Livingston North from where a brisk 25 minute walk will get you to Almondvale Stadium. It is an easy walk, effectively just one long road. 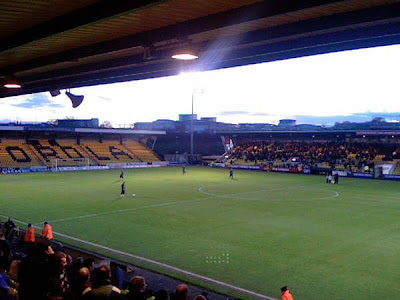 Dundee started the game in a positive manner and it was no surprise when they went in front. Stephen McNally supplied the ball into the penalty box and Mann headed across goal for MacDonald to bundle home from a few yards out. However, Livingston knew defeat would see them relegated and forced their way back into the game soon after going behind. Craig Easton scored the equaliser for the home side. Kachloul provided the cross from the left and Easton nodded home in the 26th minute. A very emotional occasion indeed and at the final whistle it was difficult not to feel for the Dundee fans. 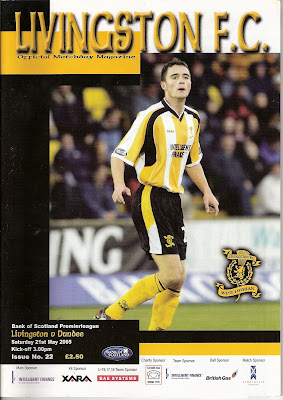