Ely has been informally accounted a city by virtue of being the seat of a diocese, its status was confirmed by Royal charter in 1974; at that time the parish council was formed during a reorganisation of local government. With a population of 15,102 (later to include Phil Butler) in 2001, Ely is the third smallest city in England and the sixth smallest in the United Kingdom. The train I usually catch home after work terminates at Ely and for a change, on Tuesday I decided to complete the full journey (98 minutes). The Unwin Ground is listed as being 3 miles from Ely railway station but in truth the distance is much nearer to 2 miles. My train after the match at 22:09 (kick-off 19:45) was caught with plenty of time to spare. 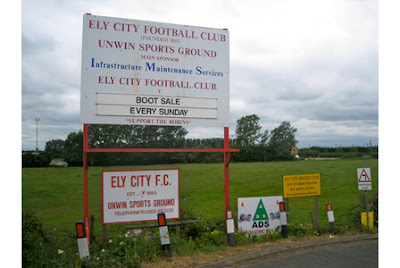 The ground is situated just a few hundred yards from the A10 Ely by-pass and if travelling by car would be very convenient. However, if doing so you would miss out on the delights of this wonderful city. Apart from the enormous cathedral, there are a number of good pubs and eating establishments. The ground is very basic but possesses all the required facilities. 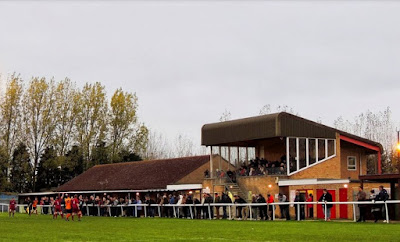 The match proved to be the proverbial 'game of two haves' with visitors Fakenham Town pulling back from a goal down at the break and almost snatching victory at the death. The Fakenham centre half will have been particularly pleased with this recovery as it was his bullet header own goal that put Ely in front mid-way through the first period. 1-1 a fair result according to your roving reporter. 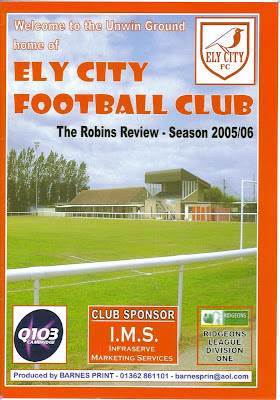