The history of the small market town of Mildenhall can be traced back to Anglo-Saxon times although nothing remains of the original settlement except for a large cemetery just outside the limits of the present town. The Doomsday survey of 1086 recorded that the town was well established with a church, a mill and a total of sixty-four families, not to mention a flock of a thousand sheep. The whole of the manor of Mildenhall belonged to the abbey of Bury St Edmunds and the abbot had total control over the area, including the right to hang criminals in the market-place. 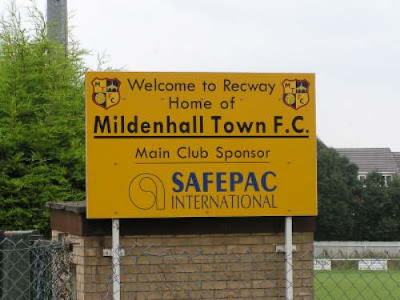 Saturday's football schedules were disrupted by the international fixtures. A lot of non league fixtures were moved to earlier kick off times and one such fixture was that between Mildenhall Town and Cambridge City Reserves (1pm). There is no rail station in Mildenhall and if travelling by train you would need to catch a bus from nearby towns such as Newmarket or Littleport. On arrival in town I was given directions to the ground by an American. Not the only such accent heard on the day but on reflection, I should not have been too surprised considering the presence of the US Air Force in this part of East Anglia. 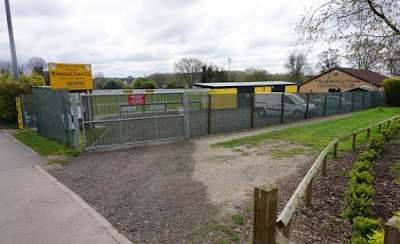 A decent match finished honours even at 1-1. Mildenhall have a tidy, if compact, Recreation Way stadium only a few minutes walk from the town centre. It backs onto the local swimming pool and surprisingly also benefits from an enormous (free) town centre car park. All the required facilities are down one side of a sloping pitch. I did not sample the burgers, but trade was brisk. 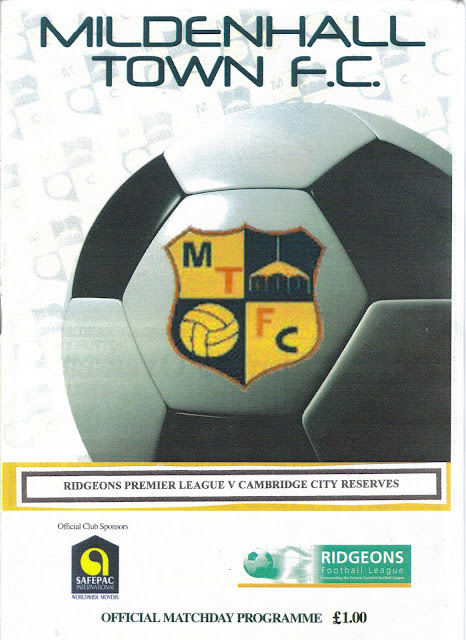