As long ago as the Mesolithic Stone Age of up to 8,300BC  people were living in what is now Long Melford. By 100 BC  an  iron-age tribe, the Belgae, well known later to Julius Caesar as his toughest opponents in North West Europe were settled here. They settled on both sides of what is now Liston Lane, on the river side of the modern village. They seem to have been the first weavers in the district, as well as farming cattle and fishing in the river. The village's layout was defined in Roman times, with the empire building two roads through Melford, the main one running from Chelmsford through to Pakenham. The village is recorded in the Doomsday Book of 1086.

With the Spurs v West Brom fixture scheduled for this evening (27 March 2006), a fourth excursion of the season into the Eastern Counties League was the order of Saturday. Like the previously reported Cornard United, Long Melford play in a village on the outskirts of Sudbury. The village appears to be centred around the main street which is extremely long - hence the name I guess. 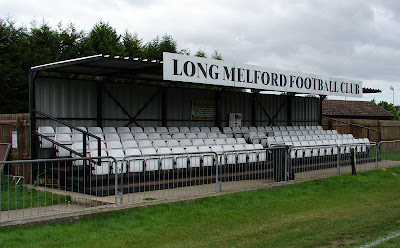 Stoneylands is reached via either Liston Lane or St Catherine's Road off the High Street. Take your pick as both routes are extremely narrow. Harry Hotspur and I entered the 'stadium' with the best part of an hour to go before kick-off. Sky Sports News was on in the clubhouse and we were able to keep up to date with the Merseyside derby. 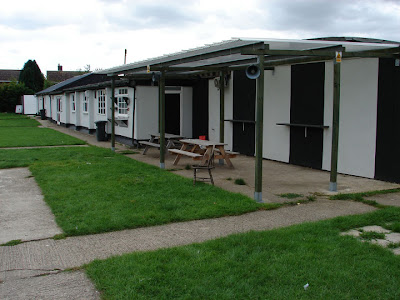 Anyway, back to the real stuff. Long Melford, like Cornard, make good use of conifers to separate the football ground from the adjacent cricket pitch. There are two areas of cover along the main side of the ground including a small seated stand. There is also some covered standing accommodation behind one of the goals - the same end where Hotspur injured himself warming up with the Thetford Town substitutes at half time! A fairly uninspiring match finished honours even at 1-1. I was pleased that Thetford equalised with about 15 minutes left as it was they that were the more adventurous throughout. 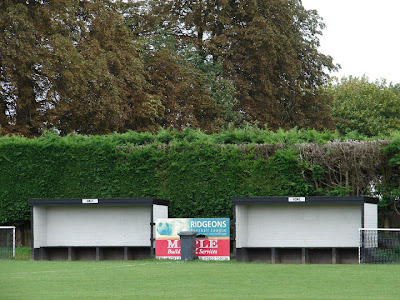 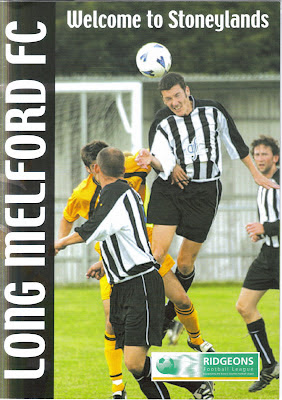