A Wednesday morning meeting at Castle Meadow, Nottingham facilitated an overnight stay and a wonderful opportunity to explore the delightful spa town of Matlock. Matlock is the County town of Derbyshire . The Romans are thought to have mined lead here but the town was relatively unimportant until the early 19th century, when it developed rapidly as a spa. The Midland Railway brought further prosperity in the latter half of the century before the spa declined. In 1893, Matlock Cable Tramway, a cable tramway was built up Bank Road from Crown Square at Matlock Bridge to Wellington Street (at the top of Bank Road) with a stop halfway up at Smedley Street where Smedley's Hydro (built by John Smedley) was situated. Conceived by Job Smith, the tram was inspired by San Francisco's famous cable cars, and cost £20,000. When it was built it was the steepest tramway in the world at a gradient of 1 in 5½, and it rose 300 feet. The fare was tuppence up, penny down. It closed in 1927 after losing business to cars and buses. 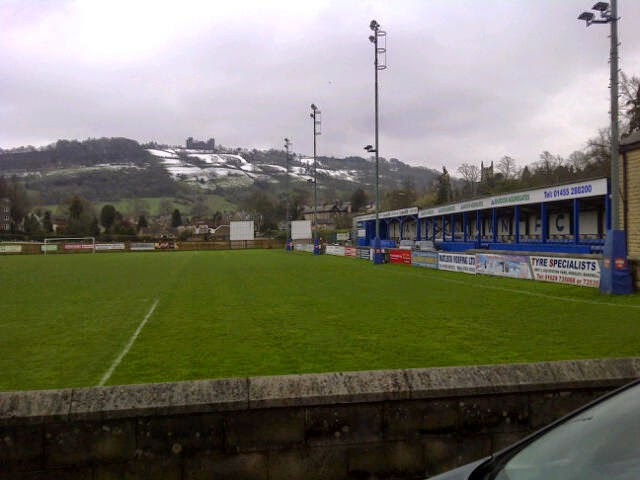 I was joined on this excursion by colleague and long time Spurs sufferer John Warcup. As I had to change trains at Derby, there was time to meet John for a swift pint at the Brunswick opposite the railway station. An ever changing selection of guest ales coupled with their own home brew upholds the long standing reputation of this fine establishment. I opted for Silver Knight but failed to register which micro brewery was responsible for this delightful ale (It was only when in the fabulous 'Ship & Mitre' after the Everton v Spurs match on Saturday 15 April that I realised this beer was 'Shining Knight' from Slater's of Eccleshall - for research purposes I sampled another and can confirm the quality - Ed). 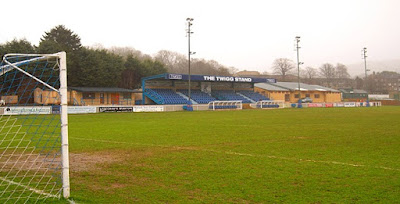 I have long yearned for the opportunity to visit Matlock. Previously I have been restricted to the view (fine that it is) from Ian Scott's car, as we made our way to and from Manchester via the A6. On arrival at Matlock we made our way to The Boat House Inn, a Hardys & Hansons establishment across the road from the continuously meandering River Derwent. Four real ales were on offer and I sampled both 'Olde Trip and 'Kimberley bitter'. This pub is good for both beer and food. Although not eating there, we did witness a group of contractors enjoying theirs (Haggis was on the menu with sponge pudding and custard one of many traditional desert options!) The prices seemed very reasonable for what is a tourist location.

The Causeway Lane ground is very centrally located and only a few minutes walk from the railway station. However, for a midweek match (19.45 KO) the 21.39 departure will be tight, with the only other return option (Nottingham via Derby) being the 23.00. Not a problem for me as I was staying over and had intelligent company as far as Derby. The ground can be best described as old fashioned and those who have been there (Nigel Maitland saw a whole match there unlike his 45 minute appearance at neighbouring Belper Town) will know what I mean. There is covered accommodation on three sides, with a hotchpotch assortment of stands. Behind the remaining goal is a cricket pitch but the ground is fully enclosed with a large wooden fence separating the summer and winter arenas. This has to be one of the more scenic venues on the non league scene. Matlock is surrounded by peak district hills and the cricket end of the ground is looked down upon by the ruins of Riber Castle. There are two refreshment kiosks selling the usual 'northern fare' - John and I opted for the Pie & Peas and this was an excellent choice on a progressively cold evening.

What about the match Pieman? Well, visitors Marine (4th in the Unibond League) raced into a 2 goal lead with some slick attacking play. A stunned home side did extremely well to level the score but then undid all their hard work by conceding again before the break. The scout hut clubhouse was warm and welcoming at half time. After the break the merseysiders grabbed a 4th goal and their 5th arrived ten minutes later. To their credit, Matlock battled away and were unfortunate not to have added to their tally. Marine looked good throughout though and still have their eye on the Unibond League championship.After the seven goal feast, John and I adjourned to the 'Crown' (Wetherspoons), followed by the Railway Hotel (Hardy & Hansons) for some further liquid refreshment. Trams were still running when I got back to Nottingham at midnight - worth knowing about for potential midweek excursions to Hucknall Town. Ten minutes later I was at the Park Plaza ready to retire. 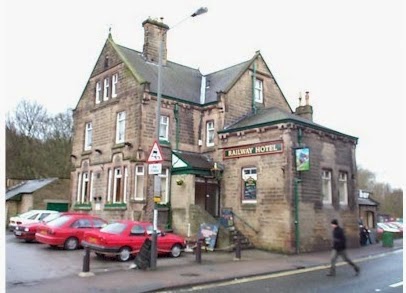 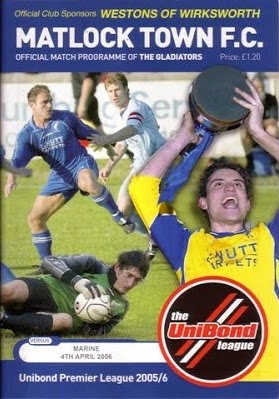