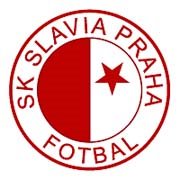 The history of the city of Prague goes back to the foundation of Prague Castle by Borivoj in 870 AD. Prague Castle has been a symbol of Czech history for centuries. On January 1st 1993, after the split of Czechoslovakia, Prague became the capital of the Czech Republic. In December 1984, a youthful Pieman ventured behind the Iron Curtain to watch Tottenham Hotspur play a UEFA Cup 3rd Round 2nd Leg tie at Bohemians Prague, securing an aggregate victory via a 1-1 draw, courtesy of a goal from the prolific Bilko (sorry Mido not a patch mate -Ed). A lot of water has flowed under a lot of bridges in the interim period but the same adventurer has now revisited the city to watch Spurs again in the UEFA cup, this time at Slavia Prague. The Iron Curtain has rusted away and a new generation of the Czech population rely on older members of their community for tales of what it used to be like. The Pieman himself had to request permission from his employers to attend the earlier fixture. At the time Civil Servants were likely targets for all sorts of dodgy dealings. The Pieman insists that with Ciderman with him in those dark days he had enough protection and he will stick to that story. 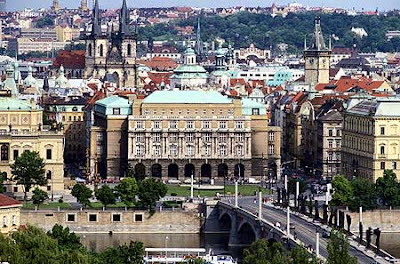 Present day Prague is a far cry from those days. A very touristy place now but still refreshingly cheap. A beer, on average, will cost 70p but if you wander off the beaten track it is possible to reduce this price. Food is also relatively cheap. On the eve of the match, Ciderman and I enjoyed Steak in a cream sauce with lemon and cranberries accompanied by the obligatory Czech dumplings - very nice and all for about 2 quid! 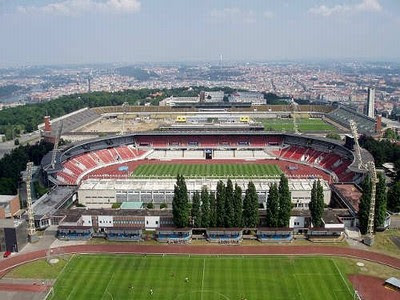 Reference should also be made to Walthamstow resident Poddy who, on seeing the spires in the city centre, immediately proclaimed a comparison to the opening sequence from Walt Disney cartoons. However, I am not suggesting for a moment that this is the limit to his appreciation of the wonderful Bohemian architecture of ancient Prague! On the morning of the match, Ciderman and I embarked on a walking expedition of Prague. 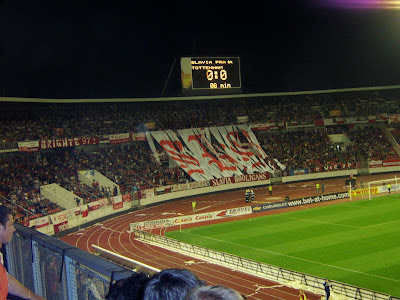 We had already consulted the Prague Pub Guide which provides some good advice on bars not located in the tourist areas. One such bar was Restaurace V Korunni, where I sampled a large glass of Kozel from Velkopvicky brewery; a dark beer with a pleasant refreshing flavour. 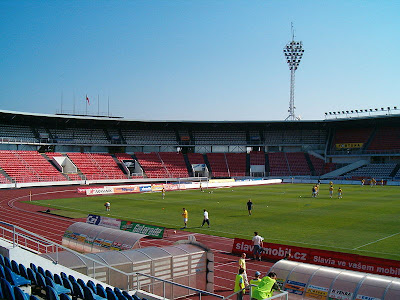 Slavia Prague play at the Stadion Evzena Rosickeho, Strahov. Located at the top of an extremely big hill (mountain?) on the outskirts of the city. The stadium was the previous home to neighbours Sparta prior to their move to a new venue. The ground, like many European venues also houses a running track. Two tiered stands surround the entire track. Spurs edged the match 1-0 courtesy of a 37th minute Jermaine Jenas strike. 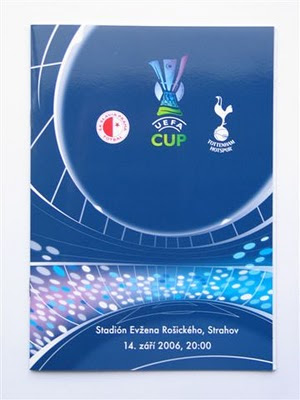 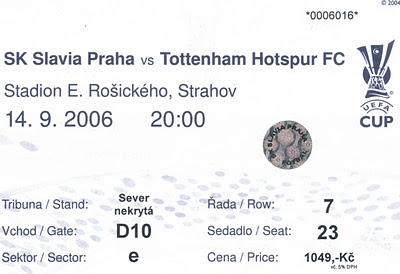 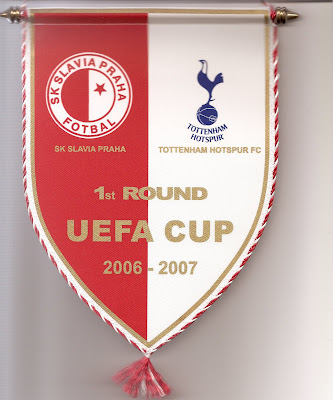