1. A governmental establishment for the storing, development, manufacturing, testing, or repairing of arms, ammunition, and other war material. 2. A stock of weapons. 3. A store or supply: an arsenal of retorts. That is what the dictionary tells us. Arsenal was originally formed in 1886 by a group of workers at the Woolwich armaments factory in south London, and the club was first known as Dial Square. The name was soon changed to Royal Arsenal, though when the club turned professional in 1891 the name changed again to Woolwich Arsenal. The prefix was later dropped and the club became Arsenal Football Club. For a period it was popularly known as The Arsenal though this was never the club's official name. Arsenal was elected to the 2nd division of the Football League in 1893, and gained promotion to the 1st division in 1904. The club survived in the first division for nine years, high points of that period coming in 1906 when the semi-final of the FA Cup was reached, and in 1909 when a 6th place finish in the league was achieved. Relegation followed in 1913, but coincided with a major landmark in the club's history. Having played for the previous 27 years at various sites in Plumstead, South London, the club moved to its previous site at Arsenal Stadium, Highbury, North London. The move was instigated by the then chairman, Sir Henry Norris who foresaw greater potential for the club in the North London catchment area. It almost paid off in the following season when Arsenal missed out on promotion only on goal average, and 5th place was achieved in 1915 before the hiatus caused by the 1st World War. Promotion back to the 1st division was engineered by Norris under somewhat contentious circumstances when the Football League resumed in 1919, and Arsenal has not been relegated since, thus holding the record for unbroken tenure in the top division of English football. The incident remains the source of rancour with local rivals Tottenham Hotspur, along with the earlier move when Arsenal were seen as invading their new neighbours' North London area. Spurs had finished the 1915 season at the bottom of the 1st division, but after the war the league was expanded to include an extra 2 teams in division 1, so Tottenham expected to stay up after the top 2 teams in Division 2 were promoted. However, Norris somehow managed to get Arsenal elected in their place, and elements of the Tottenham support have nursed a grievance ever since. The new place is only a short distance away from the previous venue. Adjacent to the East Coast mainline the new place has underpinned a vast amount of urban regeneration in the area. The old place has been turned into residential accommodation providing occupants the opportunity to look out of their homes at the spot from where Ricardo Villa scored that stunning goal against Wolves in the 1981 FA Cup Semi-Final. 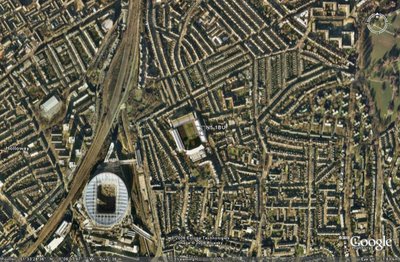 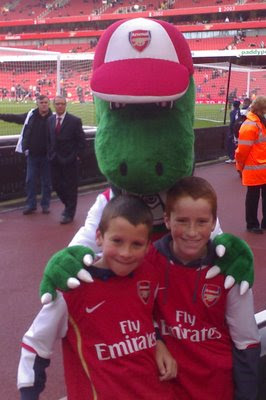 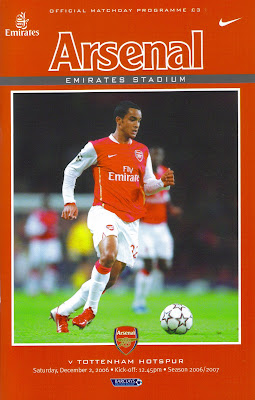