VCD Athletic was formed in 1916 by workers at the Vickers armaments factory at Crayford, originally as Vickers (Erith) FC, and joined the original Kent League upon the resumption of play after World War I. In their first season they had the advantage of picking a number of Arsenal players who were completing their war service at the works. In 1921 the club joined the Dartford and District League, before joining the newly formed Kent Amateur League in 1925, where they were to remain for over 70 years. They won the championship in 1953 and 1964 but then spent the next twenty years yo-yoing erratically between Division One and Division Two. In 1984 they were promoted back to Division One for the final time, and just one year later won the championship and joined the restructured Premier Division of what was now called the Kent County League. In the 1996–97 season VCD won the Premier Division title by a record 15 points, successfully applied for senior status, and were accepted into the Kent League. 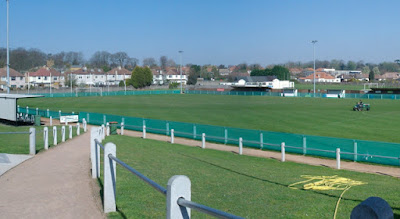 I was fortunate to get a lift to this fixture and once again was were able to sample the delights of the Dartford crossings. However, all was not straightforward as when we travelled through Waltham Abbey we spied "the Car Park that is the M25". Traffic on the clockwise section was completely still and we guessed that it would be the M11 interchange where the problem had started. Not to worry though as we were able to join the M25 later. Crayford is only a short drive from Dartford and I am pleased to report that we were in the ground in time for the start. 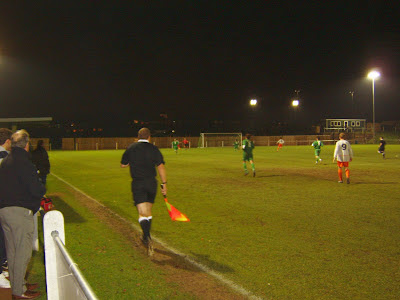 Vickers, Crayford & Dartford Athletic FC - as is the full title of the club - have returned to the Oakwood Ground base this season following considerable work and the installation of floodlights. This is part of a larger sports complex. The football stadium is situated in a hollow. The only covered accommodation is a small stand situated on the opposite side of the pitch to the dugouts. 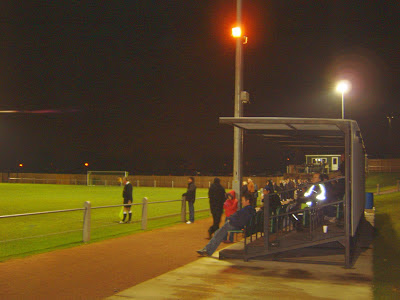 VCD were good value for their 3-1 win and should have added a couple of goals to their tally. Lordswood contributed to a good match and also managed to miss a penalty in the first half. 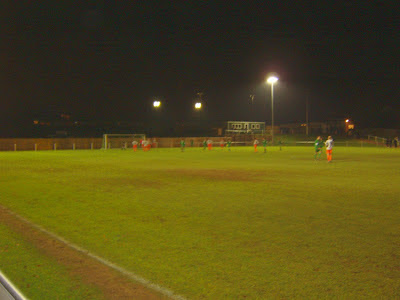 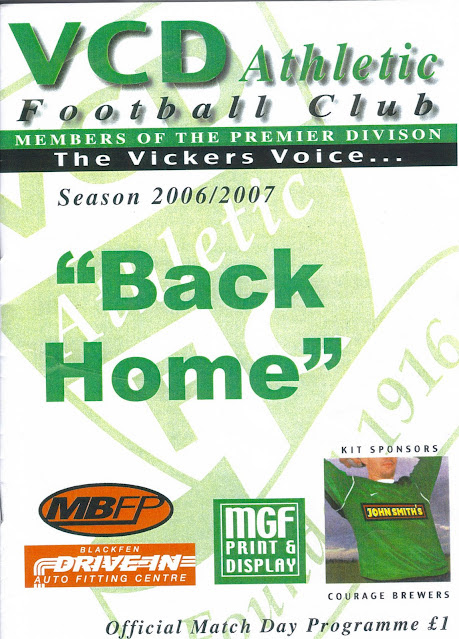