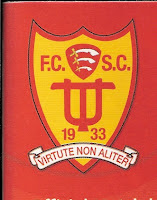 Tiptree is a village in Essex situated between Colchester and Chelmsford. Population: c. 9500. Its most notable attribute is the large jam and preserve factory, Wilkin & Sons. Wilkins products are known and sold the world over. The village also has a windmill, which can be seen from the main street, Church Road. The village has been expanding rapidly for several years with large numbers of new houses and estates being built though it stills retains the title of being a village. Tiptree is not the easiest place to get to by public transport, the nearest railway station at Kelvedon is over 3 miles away. However there are local bus services connecting with nearby towns. I saw one just after 17.00 heading for Witham. 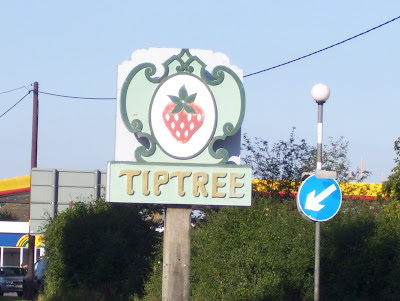 We travelled via Bishops Stortford, the A120 and Coggeshall. Our journey taking about an hour. On arrival at Tiptree, the jam factory was well signposted and it was not long before we were parked up and ready to visit the museum on the site. The exhibitions give a good insight into the history of the company and I had not appreciated the extent of the influence that the Wilkin family has had on the industry in this country. 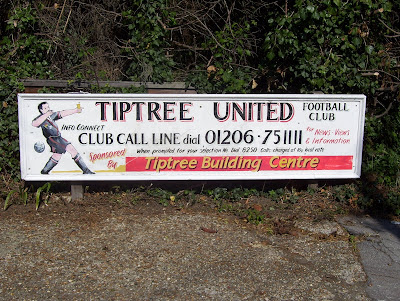 The Chapel Road home of Tiptree United FC is a mere 5 minutes walk from the jam factory. The club is due to vacate this venue for a new ground and I was keen to ‘tick’ this one off before it was too late. 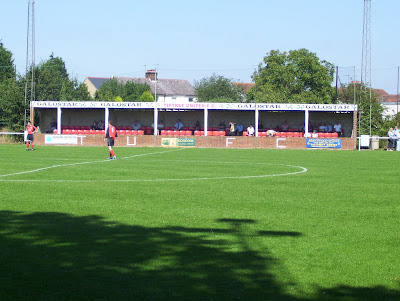 Houses surround the Chapel road ground and I guess when the club moves there will be more on this site. There is covered stand seating 150 straddling the half way line and some additional covered standing accommodation behind the goal at the end where you enter the ground. This backs onto a decent clubhouse and also houses the snack bar. 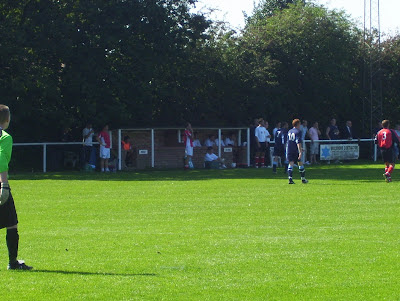 I have seen visitors Downham Town at both Cornard United and Stowmarket Town over the last two seasons. They strike me as a decent club and always appear to play good passing football. Unfortunately this is not always enough and today, as before, they were beaten. Today’s 6-0 scoreline reflects the dominance of the home side. In truth the heroics of the Downham keeper kept he score to single figures (Not a jammy win then, it wasn't a case of preserving the lead - Ed) 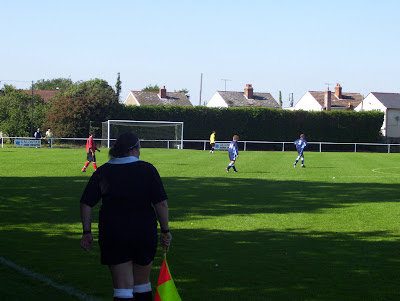 Meanwhile back at the jam factory, cream teas were being enjoyed by the girls before they joined us midway through the second half. Daughter was delighted to witness four goals and also managed a burger. She informed me that she had seen a ‘real cowboy’ complete with Stetson, living a few doors along Chapel Road! 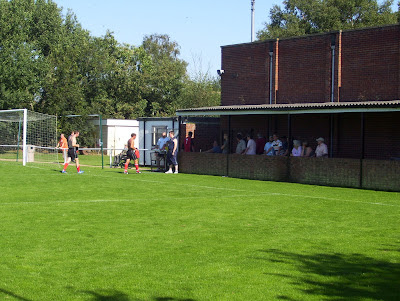 There is still the opportunity to visit Chapel Road before Tiptree United move and anyone doing so could do worse than combining this with a visit to the jam factory where admission to the museum is free. 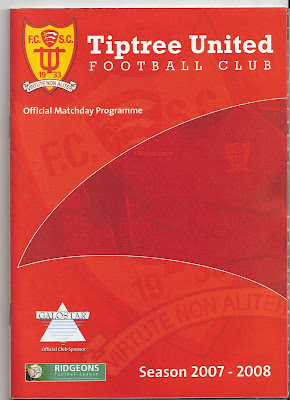 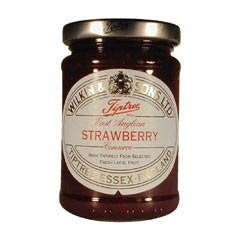 Nice little article. Shame the ground is falling to pieces with nothing happening there. Would be great to have a club playing in the village again. Always was the best pitch I ever saw of a lower league team.

Thanks for the memories!