Guildford began as a Saxon village by a ford. It was called the guilden (golden) ford. It may have been called that because of golden flowers that grew at the riverside or because of the golden sands on the banks of the river. The village of Guildford turned into a town in the early 10th century. At that time the English kings were building a network of fortified settlements across the country as bulwarks against the Danish invaders. It is possible that Guildford was made such a fortified settlement. If so, Guildford would have been surrounded by a ditch and earth rampart with a wooden stockade on top. Saxon Guildford had a population of only several hundred. Nevertheless it was a thriving community and it had its own mint. In the mid-10th century St Mary's Church was built or rebuilt in stone (which was unusual in an age when most parish churches were of wood). The tower still survives. 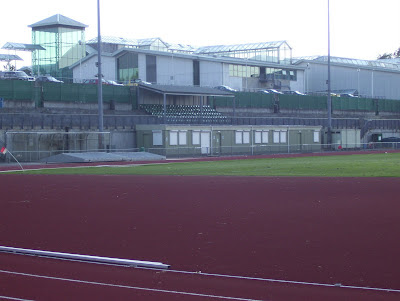 A Wednesday evening trip to Surrey was made by catching a train from London Waterloo to Guildford. On arrival I decided to walk to the Spectrum Leisure Centre which is sandwiched between the busy A25 and beyond the trees, the even busier A3. I would estimate that my brisk walk took me half an hour. 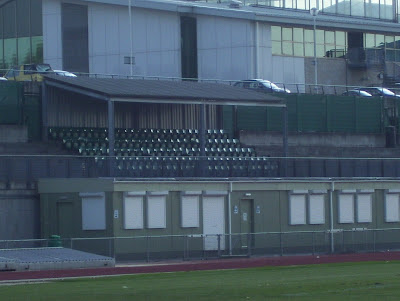 On arrival at the ground I took the opportunity to take some photographs before looking to get something to eat. It was at this point that I realised that options were limited in this respect. However, a ten-minute stroll down the hill to Burpham enabled the purchase of some fine saveloy and chips, which did the trick. 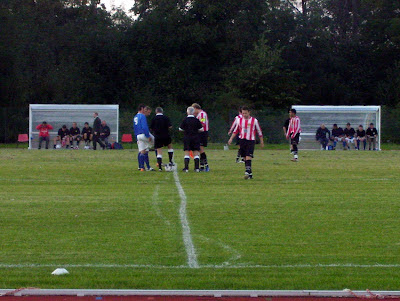 It is not possible to watch the action from all areas of the stadium but unlike many venues shared with athletics facilities, it is possible to get a very good view from the raised vantage points along the main side. Among such is the area containing 135 covered seats. 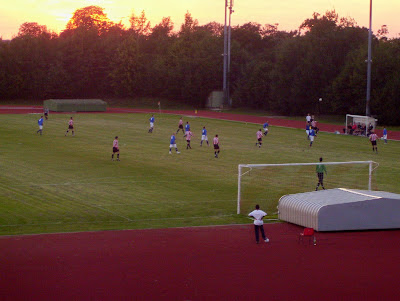 As for the match, Guildford City went back to the top of the table with this 4-0 victory. A couple of goals in the latter stages of the first half were complimented by two more towards the end of the match. Guildford looked a decent side and it will be interesting to see if they can match the ambition of the club. 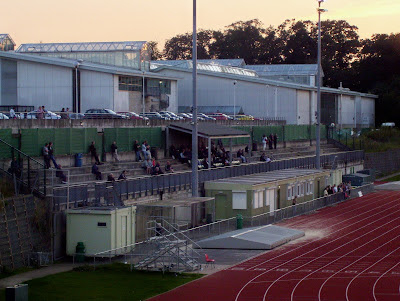 The Leisure Centre is also one of the sites for Guildford’s Park and Ride buses. There is a regular service to and from the Friary Centre, which is 5 minutes from the main railway station. During the day, these buses run at 12-minute intervals whereas in the evening the frequency is every 20 minutes with the last service from the Spectrum being after 23.00 (plenty of scope for extra time and pens – Ed) This match ended with time for me to catch the 21.40 service - a bargain at 80p single fare. 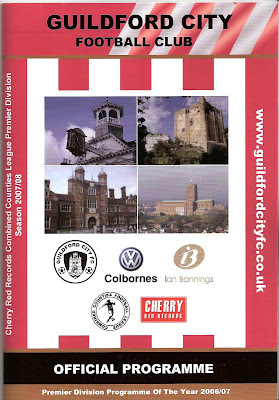