Staines lies on the east bank of the Thames, which separates it from Surrey, while the branch of the Colne known as the Shire Ditch divides it from Buckinghamshire. The town lies at the narrowest point of the parish, with two wider and roughly equal portions extending to north and south along the Shire Ditch and the river. By the bridge a piece of the Surrey bank, which was once an island, forms part of the parish and is technically in Middlesex. Ashford, Laleham, and Teddington were all chapelries of Staines in the earlier Middle Ages. The real name of Poddy is Andy Staines – a long story! 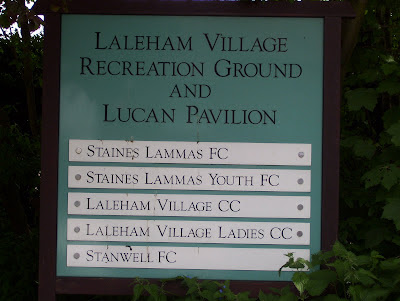 And so to the final episode of the Pieman’s end of season Staines Lammas trilogy. Having witnessed recent comprehensive victories at both Knaphill and Tongham, I was looking forward to visiting The Lucan Pavilion & Recreation Ground. This venue is located in Laleham, a village just outside Staines. 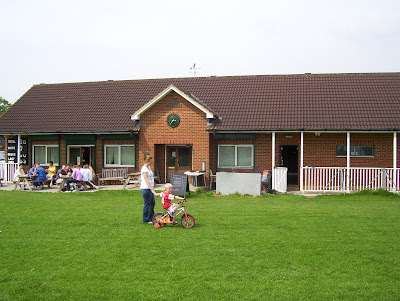 Having caught the train from London Waterloo to Staines, I took advantage of the 218 hourly bus service (Staines – Kingston), which stops conveniently at Laleham Church, a few hundred yards from the ground. There is an alternative 438 service (Staines – Shepperton), also hourly. 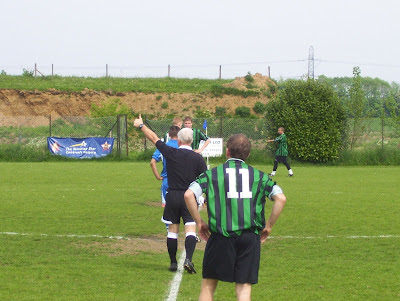 An extremely hot Saturday afternoon, a pleasant English village location and an hour and a half before kick-off necessitated visits to both the Three Horseshoes and the Turks Head (directly opposite the ground entrance). Both hostelries were dispensing real ale but were a little on the expensive side (an affluent place Laleham – Ed) 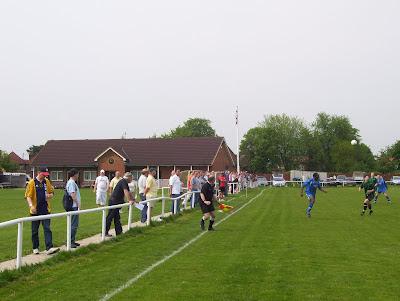 The suspension of Neasden Foundation FC had meant that there has been some confusion over the destiny of the Combined Counties League, Division One championship. However, whichever scenario was applicable a point for the home side in this fixture would dispel any doubt. Therefore, an interested enthusiastic crowd (numerous hoppers included – Ed) gathered to watch the conclusive action for the 2007 –8 season. 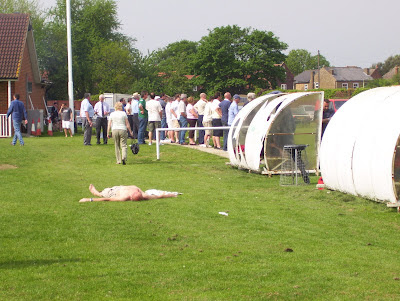 The scene was set, the league officials were in attendance with the trophy and there was an end of season barbecue. The home side started at a blistering pace and after a couple of minutes had taken that decisive lead. By the interval they had netted a further four times and could have already reached double figures, such was their domination. The Crescent Rovers keeper deserved tremendous credit for his efforts. 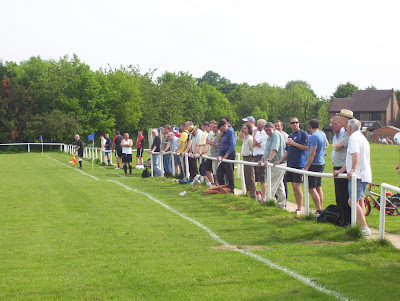 Three further goals were added to the Lammas tally in the second half as numerous other chances went begging. The real problem here was not passing to the man in a better position – still who am I to criticise after the season that this club has had? 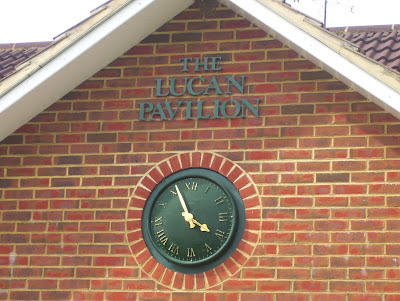 Despite the overwhelming deficit, I thought the Crescent Rovers players and management conducted themselves in a very creditable way. It must have been difficult for them having to attend somebody else’s party and in such circumstances. Their keeper was arguably the man of the match, incredible considering the result. I don’t think he could have been faulted for any of the goals, most of which were superbly executed. 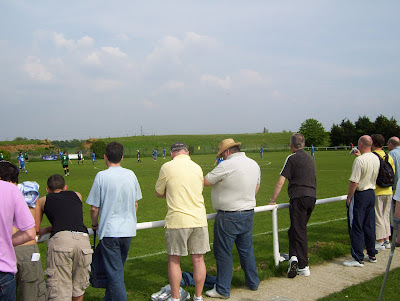 Lammas does not have the requisite facilities to attain promotion. There are no floodlights and no covered accommodation or seating. It will be interesting to see if they maintain their fine form next season, hanging on to players will possibly be a challenge. After the match there was a very conveniently timed 17.02 bus back to Staines allowing plenty of time to catch the 17.29 service back to Waterloo. A delightful surprise was the presence of Burnley’s Mike Benyon on these transport services. 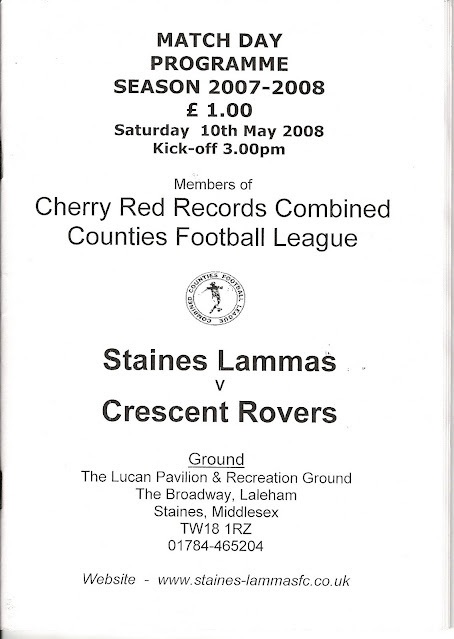