Roosendaal is both a city and together with surrounding towns it formed a municipality named Roosendaal en Nispen in the southern Netherlands. Since January 1, 1997 the municipalities Roosendaal en Nispen and Wouw merged into the municipality now simply known as Roosendaal. RBC Roosendaal was formed in, 1912 and was initially called Excelsior until being renamed as VV Roosendaal in 1920.The club's present name is the result of a merger with another football team. On July 16, 1927, the club became known as Roosendaal Boys Combinatie (RBC). In 2001, the club moved to the RBC Stadion (currently named Rosada Stadion under a sponsorship deal with a local retail outlet). 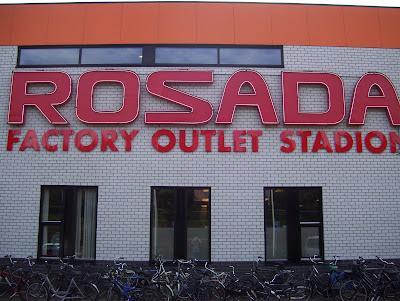 We were already in the Netherlands attending the Rotterdam tournament, with matches taking place on the Friday and Sunday. Therefore, an ideal opportunity presented itself to visit a new ground on the Saturday. Our original choice of Go Ahead Eagles v Aberdeen was called off earlier in the week on police advice. After exploring other options we settled on the friendly between Roosendaal and AZ (Alkmaar Zaanstreek being the full title). 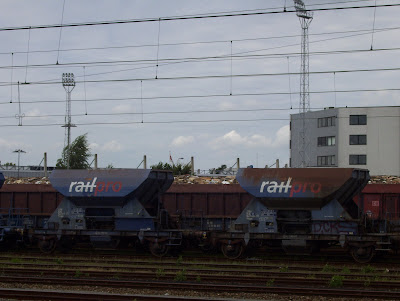 On arrival at Roosendaal we were delighted to see the stadium almost adjacent to the station. However, this joy was short lived, as there is no direct access to the ground from the station. What could have been a five minute stroll becomes a 25-30 minute hike. There is an added benefit though, as the café bar, just over the level crossing, serves a wonderful glass of De Koninck. On a warm humid day, one glass soon became four (very good it was too – Ed). 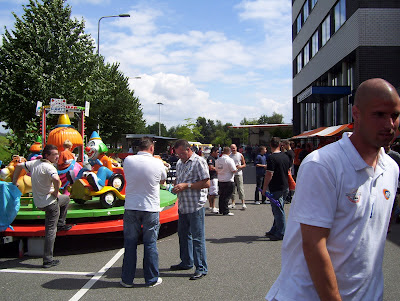 Before this refreshment stop, we had already been up to the ground to purchase match tickets. These were priced at a very reasonable 5 Euros. The match was to be the main event of the club Fan Day. From noon until the 17.30 kick off, various other events were taking place outside the stadium. 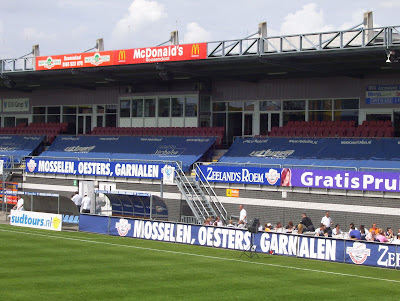 Although I resisted the temptation to go on the bouncy castle, I did attempt to kick a football into a supermarket trolley from 30 yards. If any of my three attempts had succeeded, I would have won 25 Euros – it wasn’t to be. 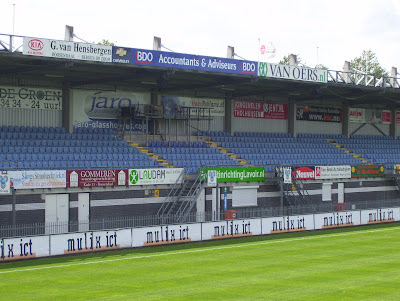 The stadium can be described as compact (5000 capacity), and tidy. Covered on all four sides, the all seater stadium affords a good view from all points. The playing surface was in good condition as should be expected for the weekend prior to league fixtures commencing. 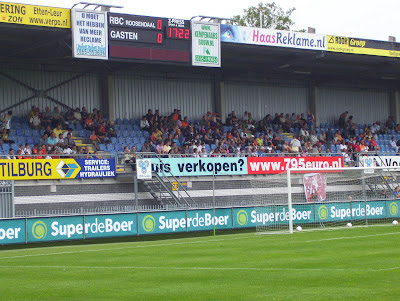 As for the match, the visitors certainly proved their top flight status in comfortably beating their 2nd tier opponents. The home side were able to rally after going a goal down in the first half and would have been pleased with their efforts. However, AZ always had a bit more to offer and two second half strikes underlined their superiority. 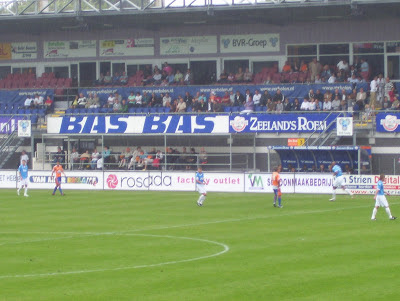 Looking at the fixture list contained in the club magazine, all 2nd tier fixtures this season will take place on Friday evenings. An effort to bring in support presumably! I enjoyed my visit to Roosendaal, an opportunity that may not have come along under normal circumstances. 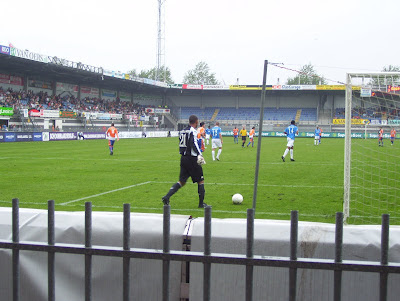 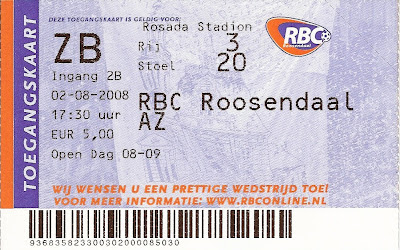 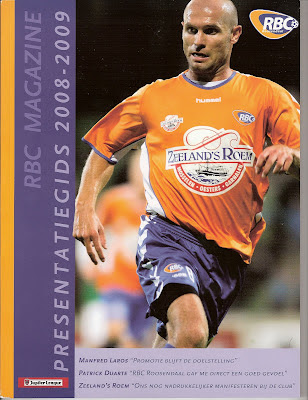