St Neots is a town in the Huntingdonshire district of Cambridgeshire, England. The town originally developed next to a medieval priory in the form of market stalls. These were replaced over the years by permanent structures, which eventually defined the boundaries of today's Market Square. There is some evidence of pre-Roman and Roman activity in the area, but the main story of the town begins with the founding of St Neots Priory in medieval times. There is evidence for Iron Age and earlier settlement in the vicinity of St Neots, mainly in the valley of the River Great Ouse where soils are easily cultivated. The first settlements in the valley were in Neolithic times. The Black Death struck St Neots in 1348, spreading very quickly and resulting in the deaths of about 35% of the population. In 1378 only seven monks remained in the Priory, and three of these returned to France. 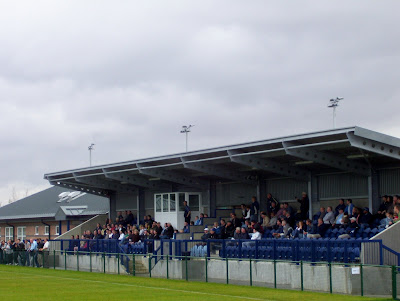 I was keen to visit the 'new' Rowley Park to complete my 'hat-trick' of grounds for the club. I had initially visited the Shortsands ground for a match against Tottenham Hotspur back in October 1985. Subsequent to that, I visited the previous Rowley Park in 1995, when by coincidence the visitors were also Newport Pagnell Town. 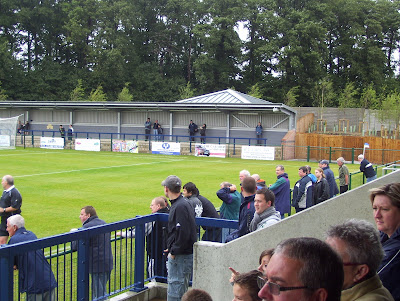 With daughter accompanying me, we journeyed to St Neots railway station via Finsbury Park. On reaching our destination we were able to see the ground from the footbridge. However, although almost adjacent to the station, for the second Saturday in succession (Deja Vous Roosendaal -Ed), there was no direct access. However, a leisurely 15 minute stroll in the direction of the previous ground will enable you to reach the new venue. The housing development taking place on the site of the previous Rowley Park and the surrounding area has completely changed the landscape of the area. 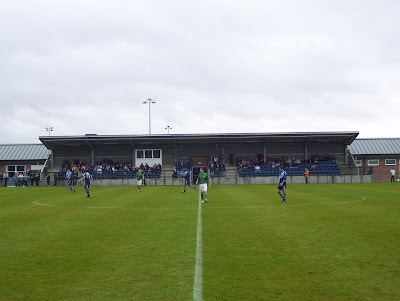 For St Neots Town FC, the improved facilities, boasted by the new stadium as a result of the relocation, are very impressive. Apart from a fine covered seated stand, there is also covered terracing along the full length of both ends of the ground. A comfortable clubhouse with large TV screens is also available for spectators to use. 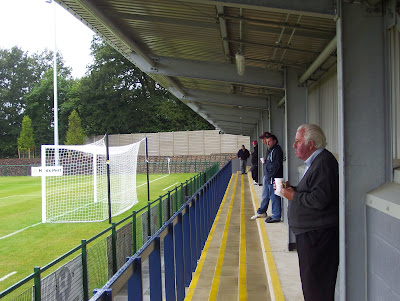 Following a decent but goal free first period, the home side took the game to the visitors in the second half, running out comfortable winners courtesy of a fine strike by Luigi Rocco and a brace from Peter Okechukwu (the first a spectacular diving header - Ed). 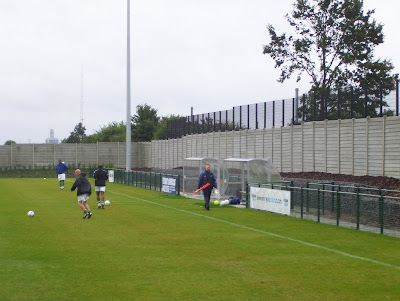 We were back at St Neots railway station with time to spare for the 17.06 London bound service. For midweek matches the train is timed at 21.49. However, this could be tight if the progress of the game is held up and the next (last) service is not until 22.46. The half hourly Saturday frequency is certainly more convenient. 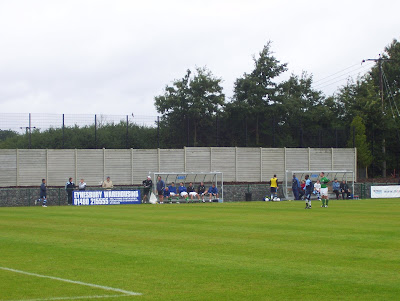 This was the first competitive match to be played at the ground and this Pieman is delighted to have witnessed proceedings. 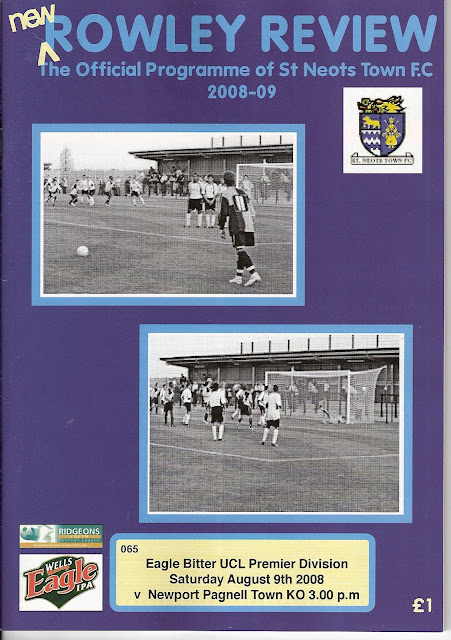