Hadleigh is an ancient market town in Suffolk and should not be confused with its East Essex namesake. Guthrum, King of the Danes, is said to be buried in the grounds of St. Mary Church in the town. He was defeated by King Alfred in the 9th century. The town was famous for its wool and cloth industries. Like its near-neighbour, East Bergholt, Hadleigh was also known during the 16th century for its Protestant radicalism. Rowland Taylor, a noted preacher from the town, was martyred during the reign of Queen Mary. 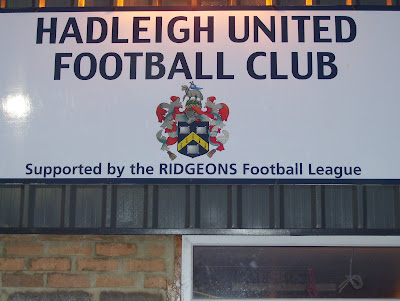 To reach Hadleigh by public transport would involve a train to Ipswich and then a bus connection. This would probably be a good option for a Saturday afternoon match but difficult if even possible for a midweek fixture. However these options did not require exploration as for this Tuesday evening encounter with Halstead Town FC, I was grateful to my neighbour  for a ‘door to door’ experience. 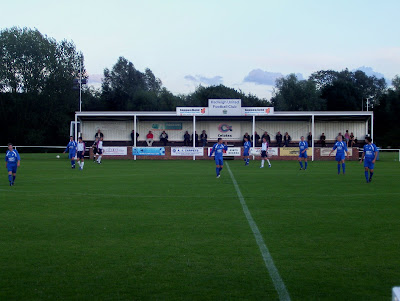 The directions on the club website could not have been better which was just as well as we were running out of time prior to the 19.45 kick-off. On approaching Hadleigh from the junction off the A12 (South of Ipswich), passing through a couple of small villages, it was not long before we spied the floodlights. Within a couple of minutes we were parked up and in the ground. 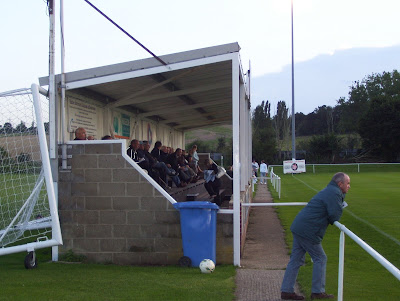 The ground can be reached by turning off the High Street into Duke Street, then, having crossed a small bridge over a river, turning left into Tinker Lane, at the end of which lies The Millfield. You enter the ground through the car park into the side containing the clubhouse, refreshment kiosk and changing facilities. A lot of the regular supporters congregate along this side of the ground and there is cover to shelter from the elements. 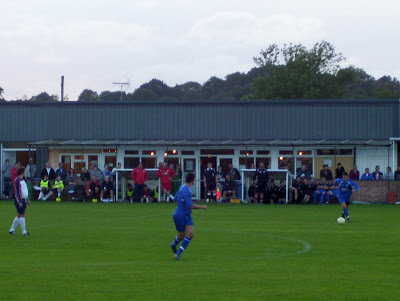 On the opposite side of the ground is the covered seated stand (only a couple of rows but a very good view from there – Ed). Behind one goal is a raised grass bank and at the opposite end beyond a grassed area is the River Brett which winds its way from the North edge of the town, parallel to the High Street, under picturesque Toppesfield Bridge, through a mill pool and then on to Higham where it joins the River Stour in Constable country. There are a couple of Lifebuoys in the ground and I saw someone with a long pole with a hoop on the end. This indicates that ball in river is to be expected from time to time at the Millfield. 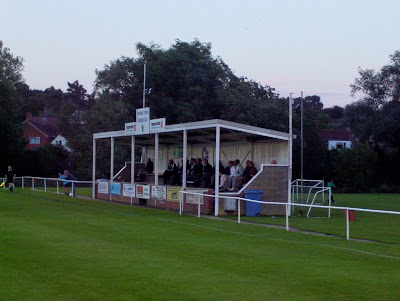 As for the match, this was a lively encounter in which Halstead, kicking down the slope in the first period will have been frustrated not to have been ahead at the break. It was inevitable that Hadleigh, fresh from an opening day 4-0 victory at Swaffham, would be more of a threat in the second half. So it proved with the home side taking the lead on the hour through Craig Payne. However, Halstead were not to be outdone and Craig Newman deservedly levelled on 74 minutes. After this, play moved from end to end until the referee signalled the conclusion of the contest. I agreed with the local gentleman leaving the ground that a draw was a fair result (fair and entertaining – Ed) 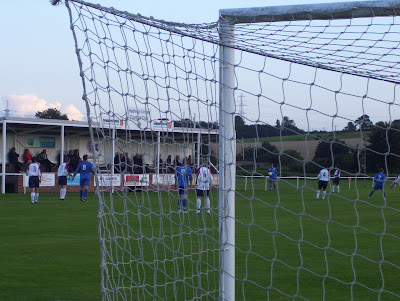 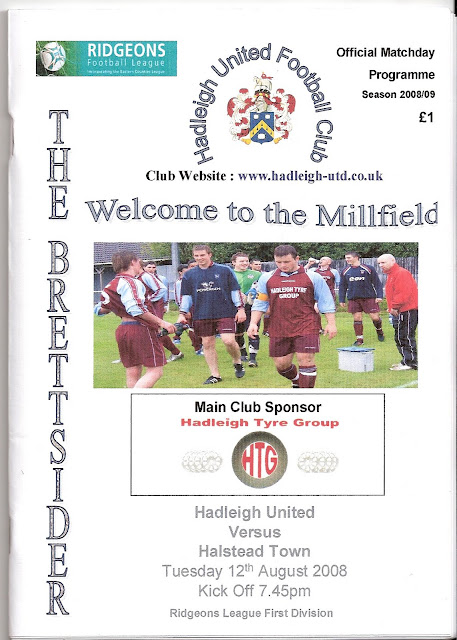