Potton is a town in Bedfordshire. Although it was largely destroyed by fire in 1783, some historic buildings survived, including the thirteenth century parish church, St Mary's. Historically, the town was home to a renowned horse fair. The town of Potton is famous for its disused railway station, sited on the Varsity Line between Cambridge and Oxford via Bedford and Bletchley. Potton United FC was somewhat unusual in being a permanent club which was formed during wartime, in 1943. When peace broke out the Royals applied to join the South Midlands League, where they stayed until 1955. In that year they sought a higher standard of football in the London-based Parthenon League, but were rejected. After a season in limbo, they joined the Central Alliance League Division One (South), before finally joining the United Counties League in 1961. 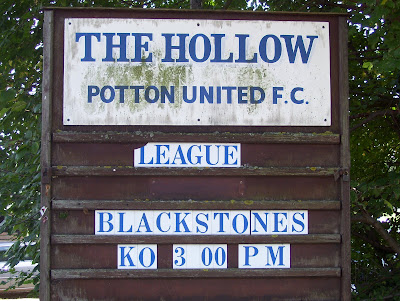 If visiting the club by public transport the likelihood is you will reach Potton by train to either Biggleswade or Sandy and then onwards by local bus connection. Fine on a Saturday, but not so convenient midweek, particularly post match. I was fortunate as the Piemobile was dropping me off and collecting me afterwards. The Hollow is located a short way along Biggleswade Road on the left-hand side if travelling from Potton. However, the entrance is not easy to spot if travelling by car or if unfamiliar with the area and, like us, you could be past it before you realise. 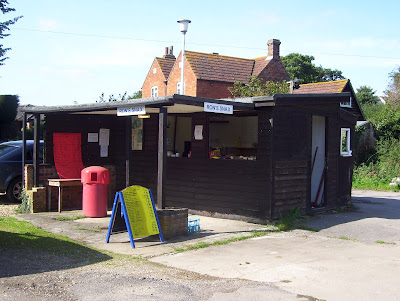 With over an hour to spare before kick off, this Pieman decided a thirst quencher at the nearby Royal Oak was in order. Following the Great Fire of Potton in 1785, this establishment boasts to being the oldest building in town. Your correspondent was very pleased with his choice of ale – Bonkers Conkers from Greene King; only available in September (very good it was too – Ed). 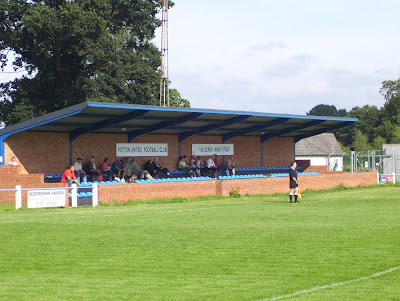 On entering the ground I was met by Club Chairman Alan Riley and it was not long before Brian Buck’s name entered the conversation. The match programme carried an article ‘Travellers Tales’ in which Brian reports his travels from the back end of season 2007/8. By 10 May, Brian had attended his 301st match of the season (his 9,080th in total on his 2,750th ground!) 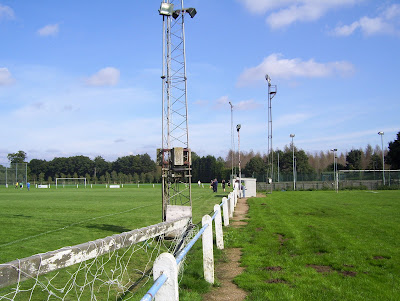 The Hollow is a pleasant venue, particularly on a warm sunny day as it was for my visit. The only covered spectator accommodation is the seated stand along one side of the ground. The dugouts are situated opposite. Behind one goal is the clubhouse (licensed bar) and changing facilities. The other end of the ground backs onto a cricket field. Special mention must also be made of the catering facilities. Ron’s Snax, adjacent to the entrance, has been featured in the Non-League Paper and reported on the Tony Kempster message board. The range available is extensive (as was my double cheeseburger – Ed) 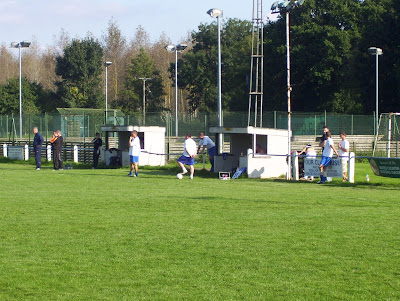 As for the match, a tame scoreless first period burst into life immediately after the restart, courtesy of a fine debut goal from Dave Fisk (signed earlier in the week from St Neots Town FC – Ed). His strike hit the net via the keeper’s left hand post. A second counter from Jez McMurrough clinched a first league win of the season for Potton. Visitors, Blackstones FC, will have been disappointed with their display having failed to get a grip on the game on the occasions when they were in the ascendancy. Their manager lectured them on the pitch after the match and his words will still have been ringing in their ears as they journeyed back to Stamford. 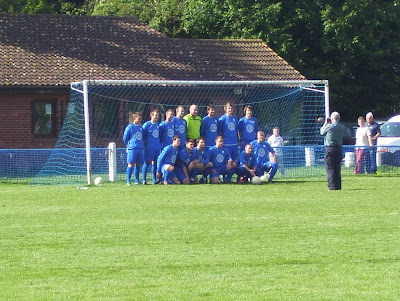 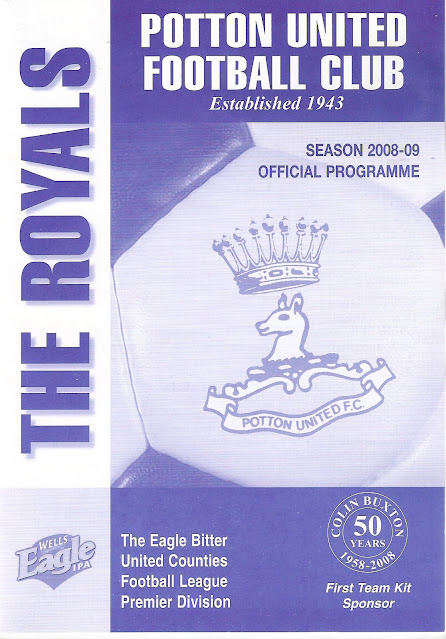