Kraków is one of the largest and oldest cities in Poland. The city dates back to the 7th century. It was the capital of Poland from 1038 to 1596, the capital of the Grand Duchy of Kraków from 1846 to 1918, and the capital of Kraków Voivodeship from the 14th century to 1999. It is now the capital of the Lesser Poland Voivodeship. Kraków has traditionally been one of the leading centres of Polish scientific, cultural and artistic life. As the former national capital with a history encompassing more than a thousand years, the city remains the spiritual heart of Poland. Kraków lies in the southern part of Poland, on the Vistula River in a valley at the foot of the Carpathian Mountains. The Old Town district of Kraków is home to about six thousand historic sites and more than two million works of art. Its rich variety of historic architecture includes Renaissance, Baroque and Gothic buildings. Kraków's palaces, churches and mansions display great variety of colour, architectural details, stained glass, paintings, sculptures, and furnishings.

We travelled to Poland with British Airways, flying from Gatwick to Warsaw, from where we caught an inter-city train to Krakow. The three-hour journey was comfortable and provided the opportunity to view the Polish countryside, the vast majority of which appears to be farmland. I even had the unexpected experience of seeing a horse drawn plough being used. On arrival at Krakow, it was immediately clear that this was a very different place to what we had seen of Warsaw earlier. Krakow has embraced tourism and there is plenty to see there. Our hotel was just the other side of the Wisla River and crossing the nearby bridge affords an excellent view of Wawel Royal Castle – the historic home of kings and queens of Poland. 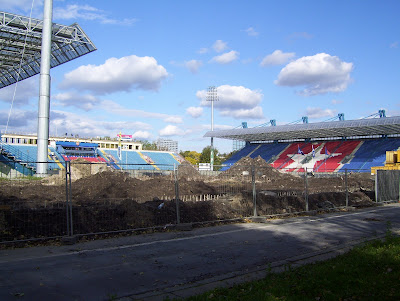 The Wisła Stadium was built in 1953 and currently holds a capacity of 15,595. The stadium is currently being upgraded to seat 34,000 people. The Wisła Stadium has also been chosen as a reserve venue for the Euro 2012 in Poland and Ukraine. The record attendance at Wisła Stadium came in the 2007-08 season where a match between Legia and Wisła was witnessed by 21,000 fans. At present there are only three sides to the stadium. Construction of the remaining part will be with Euro 2012 in mind. Only the two end stands are covered, the much older main stand being open to the elements. 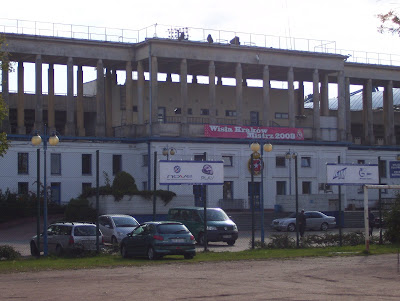 On the evening prior to the match we explored some of the centre of Krakow. Our first refreshment stop was the brew house C K Browar. This establishment, although part of the tourist trail, has a very reasonable pricing structure and the locals also use it. There is an excellent range of home brewed ales including a real ginger beer! The food on offer, like the beer, is of a high quality. I opted for pork and cheese pancakes while Ciderman pushed the boat out with his choice of duck with apple in a honey sauce. We managed to visit a number of other bars during our stay. All were of a good standard, serving the various Polish lager beers. One such beer, Tyskie, is advertised in Poland as ‘sold in England’. The following evening our meal was a traditional bowl of Polish dumplings (nothing fancy but wholesome food – Ed). 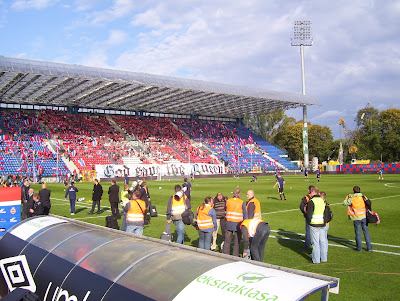 The match was played in fine weather with Tottenham Hotspur claiming a 1-1 draw in a match they could easily have lost; the home side’s equaliser coming too late to have any impact. Spurs had earlier cancelled out the crucial away goal conceded in the 1st leg – an own goal on this occasion. Wisła Kraków will be disappointed not to have won this match in view of the decent chances spurned. The admission prices for the match did seem a little steep considering the cost of everything else in Poland. Certainly domestic fixtures cost a small fraction of the 120 - 150 PLN charged. However, a Polish fan explained that for the Barcelona match in the Champions League Qualifier this season, the prices were double those charged for this match! 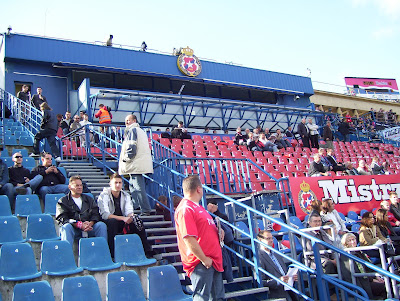 After the match (afternoon 3.40 kick-off), we managed to avoid being held back and left the stadium at the same time as the home supporters. We headed off to a local bar for a refreshment stop and were able to watch another UEFA Cup tie on television. The encounter between Lech Poznan and Austria Vienna was an absolute classic, won by the Polish side with virtually the last kick of extra time. 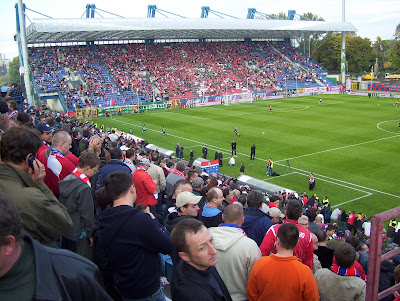 Special mention must go to the bowls of soup that Ciderman and I enjoyed at Warsaw Airport before the return flight to Gatwick. Zurek is a traditional Polish soup with spicy sausages and eggs. Ingredients: 100g of whole-wheat rye flour, 250g of carrot, leak, celeriac and parsley, 200g of white sausage, water, salt, flour, garlic, marjoram. Recipe: Allow the flour to sour in the water for a few days. Cook a stock from mixed vegetables, strain, add sour flour liquid (zur), spice with flour and bring to boil, add salt. Add white sausage cut into small pieces, spice with garlic or marjoram. Serve with hard boiled eggs cut into halves. 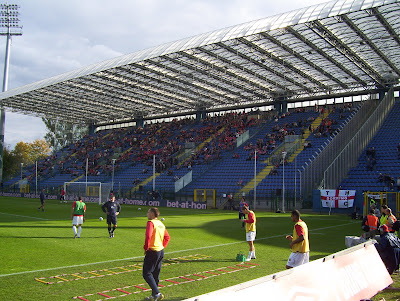 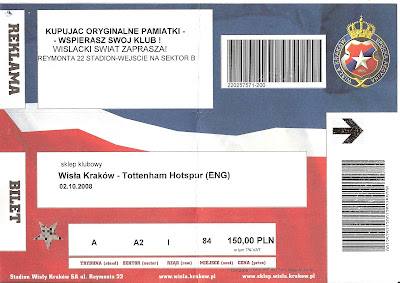 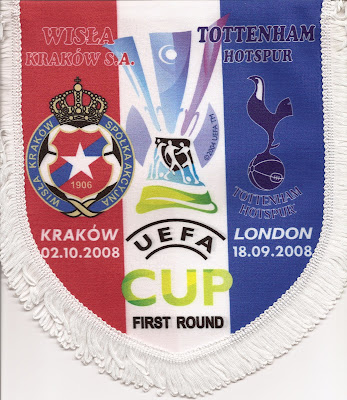 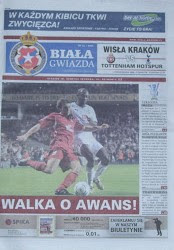