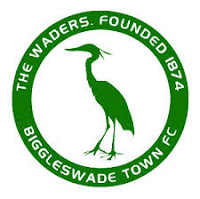 In 1132, Henry I granted the manor of Biggleswade to Bishop Alexander - Alexander the Magnificent - of Lincoln to help endow Lincoln Cathedral. The town was granted a charter to hold a market during the reign of King John (1196-1216) - a market is still held in the market place in the centre of the town every Saturday. The church is dedicated to St. Andrew. Biggleswade Castle existed in earlier times. On June 16, 1785, there was a large fire in the town. The fire started at The Crown Inn and spread rapidly through the neighbouring streets. By the time the fire had been brought under control, nearly one-third of the town had been destroyed, including 103 houses leaving 332 people homeless. A national appeal was launched to raise funds for the many people who had lost their homes and their livelihoods. 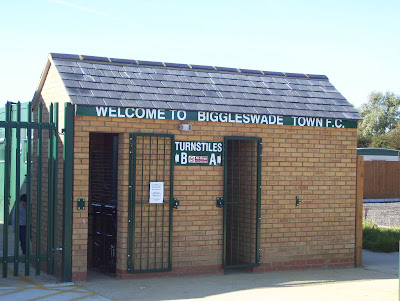 Harry Hotspur and I were privileged to witness Biggleswade Town FC’s last ever fixture at their former Fairfield ground in April 2006. The 2-1 victory over Royston Town marked the end of their association with that venue which was noted for being adjacent to the Second Meadow home of neighbouring rivals Biggleswade United FC. In the interim period Town had ground shared at Bedford FC. 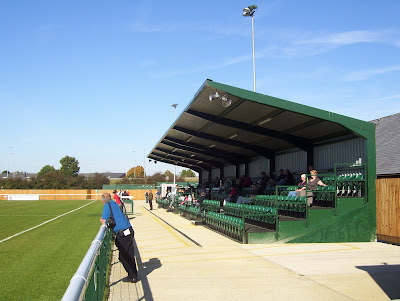 The new Langford Road venue (Carlsberg Stadium for sponsorship) opened earlier this season and is certainly an impressive arena. There is a covered seated stand along one side and a small area of covered terracing on the opposite side between the two dugouts. The clubhouse and changing room complex is a vast building running almost the full length of the side behind the main stand and when popping into the splendid bar before the match, this Pieman was pleased to spot a handpump! 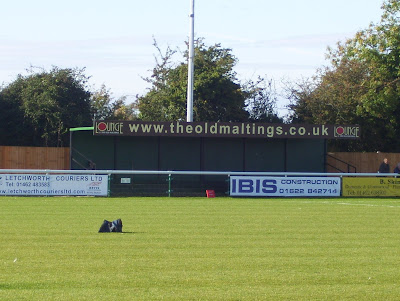 On a warm sunny afternoon, Biggleswade Town were entertaining Cockfosters FC The visitors were 2nd from bottom of the division prior to the match, on goal difference. It was clear that the home side were keen to assert their authority as they started brightly, taking an early lead after a few minutes through Ryan Redford. A second goal from the prolific Kevin Cooper (making his debut – Ed), heading home a free kick, followed soon after. By half time the tally was doubled, as Cooper again and a Ben Andreos own goal ensured a 4-0 interval lead. 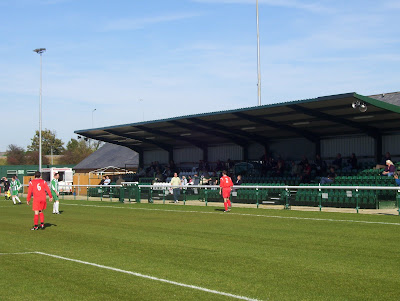 It was at this point that the thirsty Pieman headed straight to the bar to investigate the previously mentioned handpump. What a delight it is to be able to get Timothy Taylor Best Bitter in a football club bar. The second period saw Cockfosters play well for the opening twenty minutes or so. This culminated in their endeavour being rewarded by a fine strike from Dan O’Connor. Unfortunately, immediately afterwards they conceded another own goal, this time courtesy of Gavin Conway. A chip from Adam Bensaud and a last minute Neil Morgan strike completed the rout. 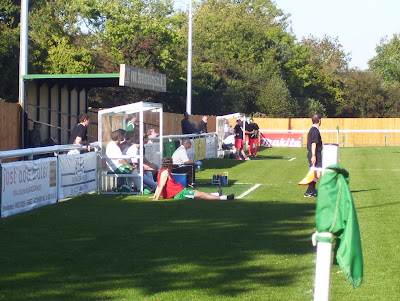 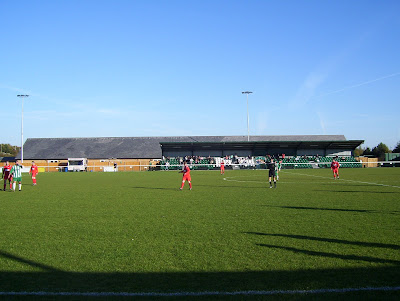 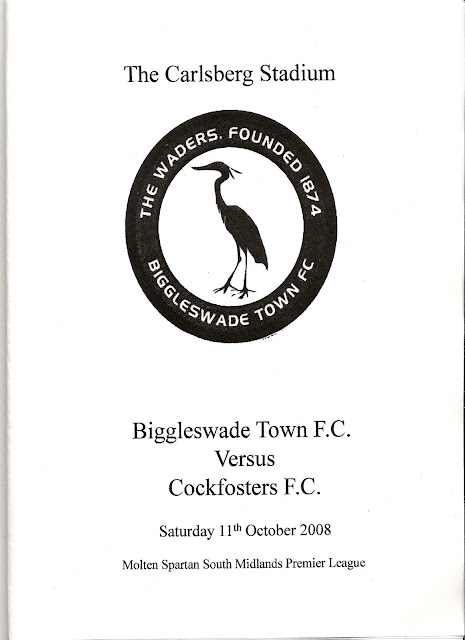