Udine is a city in north-eastern Italy, in the middle of Friuli-Venezia Giulia region, between the Adriatic Sea and the Alps, less than 40km from the Slovenian border. Udine is the historical capital of Friuli. The area has been inhabited since the Neolithic age, and was later, most likely, settled by Celts. During World War I, after the defeat in the battle of Caporetto, Udine became the seat of the Italian High Command and was nicknamed "Capitale della Guerra" ("War Capital"). After the war it was made capital of a short-lived province which included the current provinces of Gorizia, Pordenone and Udine. After September 8, 1943, when Italy surrendered to the Allies in World War II, the city was under direct German administration, which ceased in April 1945. 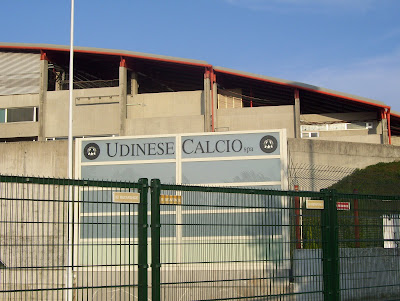 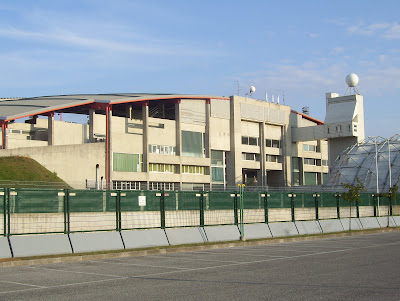 Stadio Friuli is a multi-use stadium in Udine, Italy. The stadium was built in 1976 and holds 41,652. The stadium also features facilities for fencing, gymnastics, martial arts and athletics, including an indoor gym, located in the grandstand. Friuli hosted three matches at the 1990 FIFA World Cup. The city centre is 5km from the stadium. Public transport did appear to be a bit hit and miss but judging by the amount of No 2 buses we saw on our way to the stadium, this appears a decent option as the nearby residential areas benefit from this service. 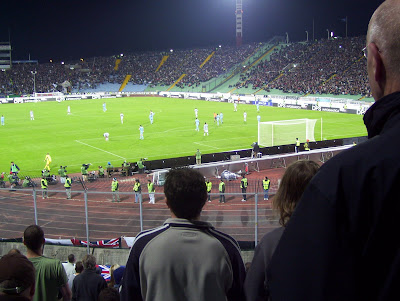 We travelled to Italy with British Airways from Gatwick to Verona. Having caught the airport shuttle bus to the main Verona railway station, we set about trying to find our nearby hotel. Unfortunately, the hotel was situated close to the other railway station! Struggling with a map we were assisted by a passing clinical pathologist (absolutely true – Ed) who came to our aid and gave us a lift to our hotel. Ciderman’s twin sister, now living in Australia, is also a clinical pathologist and he orchestrated a superb conversation en route – this Pieman was unable to contribute but listened interestedly! 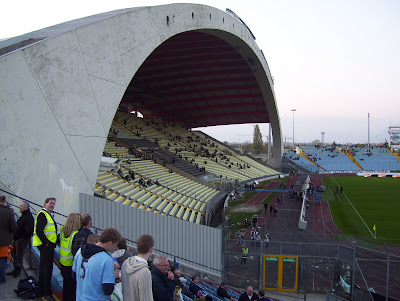 The following day we set out for Udine. The 3-hour train journey involved changing at Venice. On arrival at Udine, we checked into our hotel, situated to the north of the town. We decided to walk to the stadium. This involved travelling through a couple of villages. In Feletto Umberto, we spent a while at a trattoria where we enjoyed a dish consisting mainly of cheese and potato. This tasty heavy meal was washed down with a few glasses of Zipfer – a pleasant Austrian lager beer. 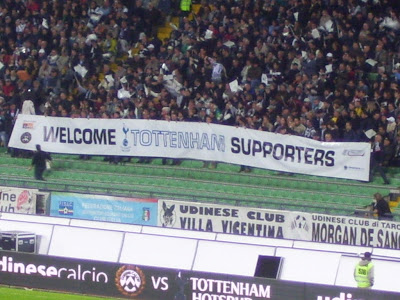 As for the match, Spurs slumped to defeat against an Udinese side that did little to reflect their second place standing in Serie A. The Londoners (not many of them in the team – Ed), played some good football. However, as has been the case throughout the season so far, there was no cutting edge. A penalty, needlessly conceded by Gomes and a late second, when 10 men Spurs were chasing the game, clinched the points for the Italians. 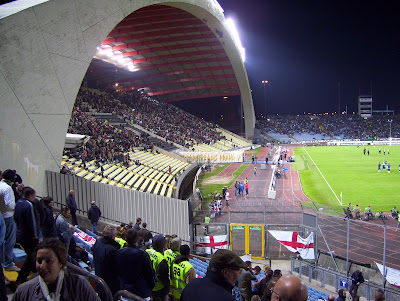 After the match, Ciderman and I visited a couple of bars in the neighbouring (almost on top of the ground – Ed) Rizzi area. In the first we enjoyed a superb freshly made pizza. In the second we spoke with a few Udinese supporters. This socialising paid off as they very kindly gave us a lift back to our hotel. The following day Ciderman and I once again became the two gentleman of Verona as we explored the old city. One particular highlight being the opportunity to sample Theresianer, a fine Italian beer brewed at Triest. 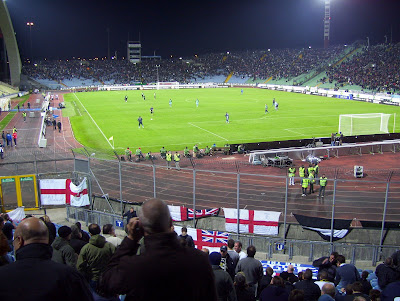 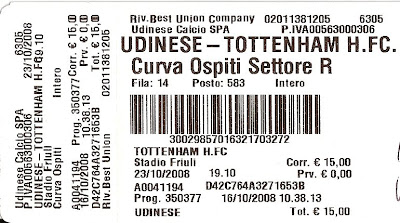 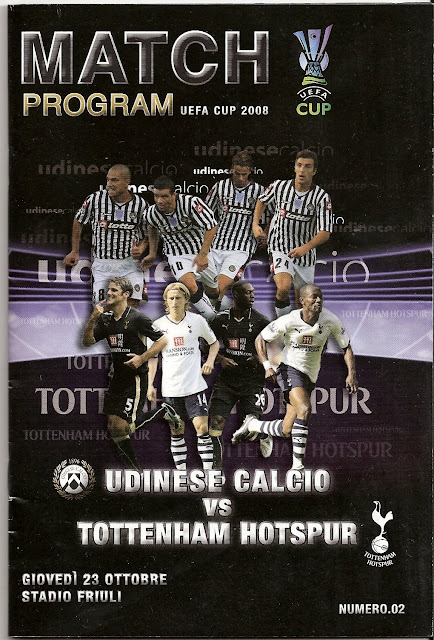 Attendance: 22,000
Admission: 15 Euros
Programme: Free 24 pages A5 publication - However, these were not widely available, the majority being left on seats in the VIP area and main stand. This was Numero.02 with the previous issue being that for the visit of Borussia Dortmund in the previous round.