Colchester is 56 miles northeast of London and is claimed to be the oldest recorded town in Britain on the grounds that it was mentioned by Pliny the Elder in AD 77. Its Celtic name was Camulodunon, meaning 'the fortress of (the war god) Camulos'. Following the Roman conquest of Britain in AD 43, a Roman legionary fortress was established and the name Camulodunon was modified to the Roman spelling of 'Camulodunum'. Camulodunum served as the first Roman capital of Britain, but was attacked and destroyed during Boudica's rebellion in AD 61. In 1884 the town was struck by the Colchester earthquake, estimated to have been 4.7 on the Richter Scale causing extensive regional damage. Colchester is reputed to be the home of three of the best known English nursery rhymes: 'Old King Cole', 'Humpty Dumpty' and 'Twinkle, Twinkle Little Star'. Local legend places Colchester as the seat of King Cole (or Coel) of the rhyme Old King Cole, a legendary ancient king of Britain. Colchester is also the most widely credited source of the rhyme Humpty Dumpty. During the siege of Colchester in the Civil War, a Royalist sniper known as One-Eyed Thompson sat in the belfry of the church of St Mary-at-the-Walls (Humpty Dumpty sat on the wall) and was given the nickname Humpty Dumpty, most likely because of his size. The third rhyme to come from Colchester is Twinkle Twinkle Little Star, which was written by Jane Taylor in the town's Dutch Quarter, and published in 1806 with the title "The Star". 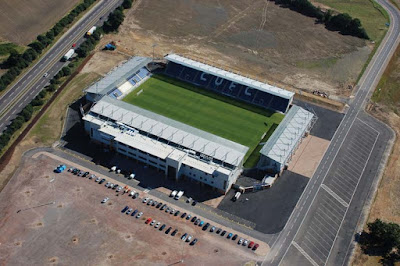 Colchester United FC formed in 1937 and took over Layer Road from the recently defunct Colchester Town FC. That venue remained their home until 2008. At its closure, the ground had a capacity of 6,340, though it had previously been much higher, with a record attendance of 19,072. In 2000, Colchester United FC announced plans to move to a new 10,000 capacity all-seater community stadium at Cuckoo Farm, which were given the go-ahead by Colchester Borough Council on November 13, 2006. Construction of the stadium, funded by the council, started in June 2007, and the stadium opened at the start of the 2008-09 season. 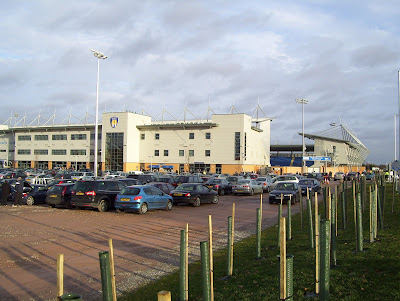 This Pieman was keen to visit the Colchester Community Stadium (Weston Homes for sponsorship). In the morning I watched Harry Hotspur play in an entertaining 3-3 draw for East Herts Youth (Under 10s). A second match between a different set of seven players per side, ended 4-2 and his team progressed to the next round of the Denis Regan Cup with a 7-5 aggregate victory. After this I caught a direct train from Cheshunt to Stratford. From there another direct service sped me to Colchester North station. 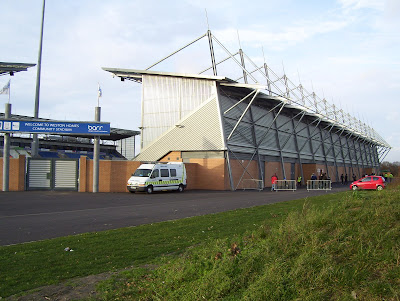 I took advantage of the free bus service running from Bruff Close (3 minutes walk from the station) which takes you to the ground in a little over 5 minutes. Many of the home supporters were calling in at ‘The Bricklayers’. This Adnams pub appears to be the last available watering hole between the town and the ground and is opposite Bruff Close. 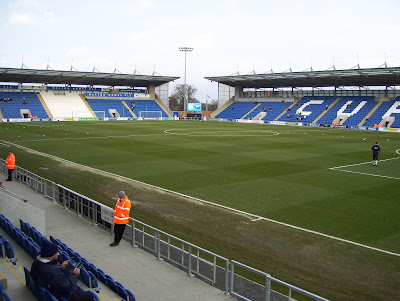 As is often the norm with new stadia, this place is comfortable with good views afforded from all seated areas. However, for me it lacks the character of Layer Road. The Health & Safety bods will declare the new place a triumph though and it is an impressive achievement for the club. Inside the ground spectators can purchase the usual overpriced refreshments. 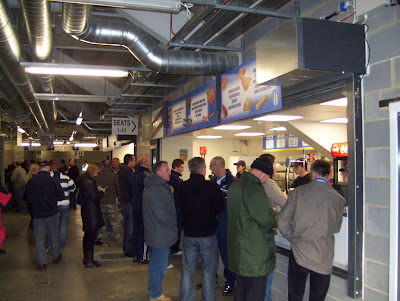 Sometimes you get a feeling early on during a match that you will be witnessing a stalemate. This was the case today with both Colchester United and visitors Scunthorpe United huffing and puffing but lacking that bit of quality to force the issue. Both sides had decent chances but a combination of good defending, competent goalkeeping and poor finishing determined the outcome of this pre-Christmas fare. 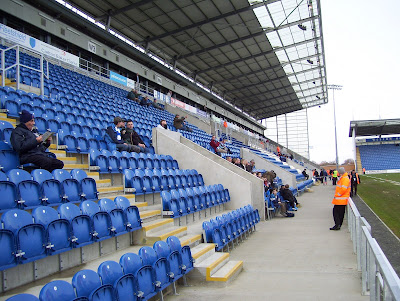 My seat was in the unreserved section of the West Stand, at the corner where it meets the South Stand. Accordingly, I was out of the ground and on a bus within a couple of minutes of the final whistle. As soon as the bus was full it departed. I was back at the station in time to catch the 17.03 service to London Liverpool Street. This service was slightly delayed due to reports of “cows on the line at Diss” – grateful for that. Back in London for 18.00, logistically a good day for travelling if not goals! 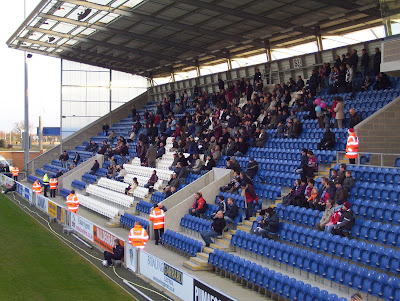 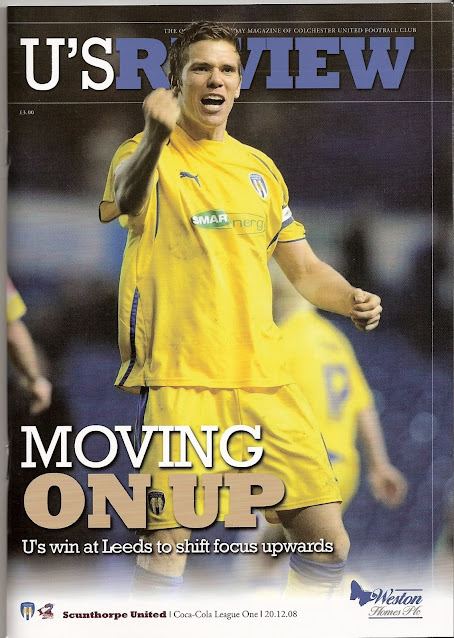