Aylesbury was declared the county town of Buckinghamshire in 1529 by King Henry VIII: Aylesbury Manor was among the many properties belonging to Thomas Boleyn the father of Anne Boleyn. It is rumoured that the change was made by the king in order to curry favour with the holders of the manor. (Previously the county town of Buckinghamshire was Buckingham). The town played a large part in the English Civil War when it became a stronghold for the Parliamentarian forces, like many market towns a nursing-ground of Puritan sentiment. Its proximity to Great Hampden, home of John Hampden has made of Hampden a local hero: his silhouette is on the emblem used by Aylesbury Vale District Council and his statue stands prominently in the town centre. Aylesbury retains some buildings from the medieval, Georgian and Victorian periods, as well as the 20th century. Ceely House (part of the County Museum), Ardenham House, the Union Workhouse and The County Gaol are among the most notable buildings in the town. 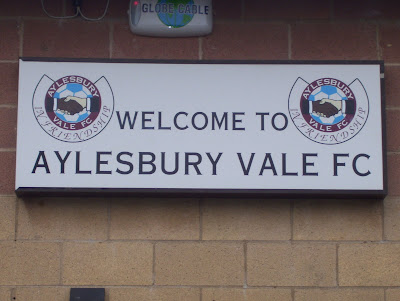 Aylesbury Vale F.C. (as a name) only came into existence in May 2005. The club has enjoyed a long history in senior and junior football dating back to the 1930s under the previous names of Haywood United, Belgrave, Stocklake and Negretti and Zambra F.C. 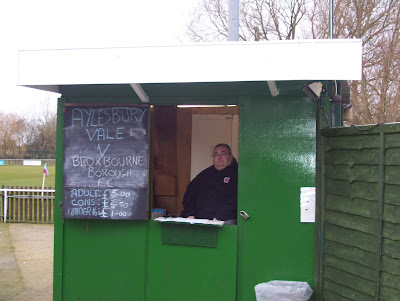 In August 1988 this Pieman, accompanied by Dennis and The Duck, witnessed Aylesbury United’s 1st match in the Football Conference at their former Buckingham Road ground. That venue is sadly no more and that club are now leading a nomadic existence. Aylesbury Vale on the other hand are based within the town and are proud of their Haywood Way ground. 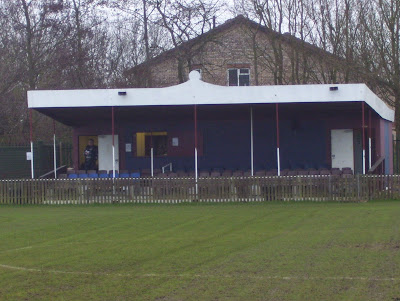 The ground is situated at the end of Hayward Way (wasn’t that a boating soap opera set on the south coast? – Ed), behind the main club building. The only covered accommodation is the seated stand along one side of the pitch. There is room to stand under cover behind the seats and the tea bar is also situated at the rear of this stand. 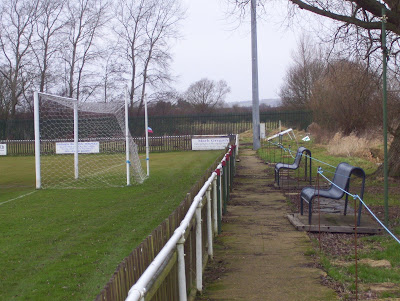 Visitors Broxbourne Borough FC are currently enjoying a good season and they hit the first blow, taking the lead through a spectacular volley. This journalist told the Boro management that the scorer “will dine out on that one”. The response was that “he’s one that will”. To their credit the home side gradually clawed their way back into the game and levelled courtesy of a header. 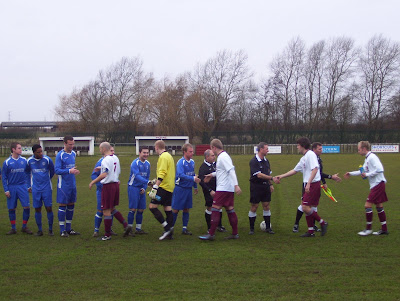 In the second period, Boro soon regained the lead from another fine strike and wrapped up the points with a 3rd goal from the spot, following a generously awarded penalty. The visitors were worth their win on an afternoon on which a mild start progressed to a cold windy conclusion. The car was warm and comfortable for the journey back to Cheshunt which was completed in an hour. 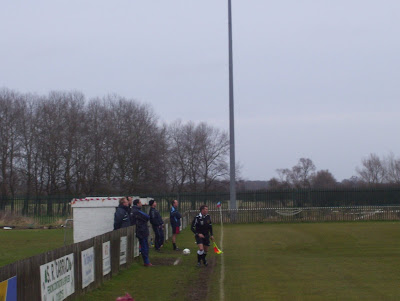 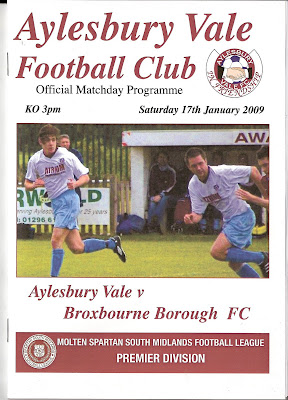