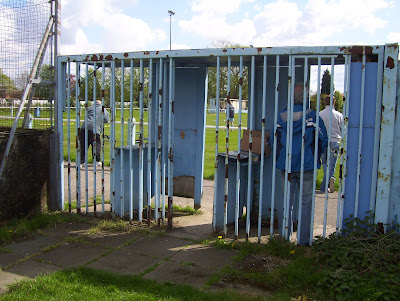 Maine Road moved into their present home, Brantingham Road in 1980. The club upgraded the facilities to become eligible to join the North West Counties Football League in which they joined in 1987, finishing fifth in the1987-88 season. They also won the Manchester Premier Cup for a third time, beating Irlam Town in the final. The following season they were runners-up and were then promoted to Division One. They finished ninth in their first season and spent twelve seasons in Division One, mostly finishing in the lower half of the table. In 1994-95 they reached the fourth round of the FA Vase and were losing finalists in the Manchester Premier Cup in 1998-99. However, they were relegated to Division Two in 2001-02 after finishing 22nd. After a third place finish in 2002-03 the club were promoted back to Division One as runners-up in 2003-04. 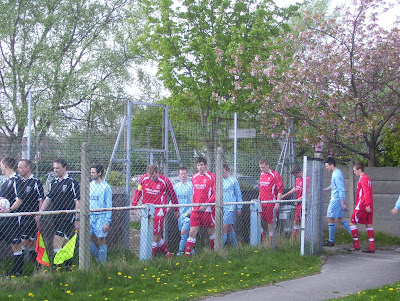 A 5:30 pm kick off at Old Trafford provided an excellent opportunity to visit another ground in the vicinity. I was already aware of the close proximity of Chorlton and on discovering that Maine Road FC was hosting the final league match for the season, prompted me to explore the possibility of attending two matches. 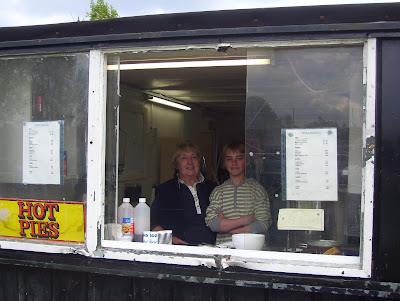 On arrival at Manchester Piccadilly and via the nearby Wetherspoon (beer festival), Ciderman and I caught the 85 bus service to Chorlton, alighting at the junction of Withington Road and Brantingham Road. From here it is less than a five minute walk to the home of Maine Road FC. 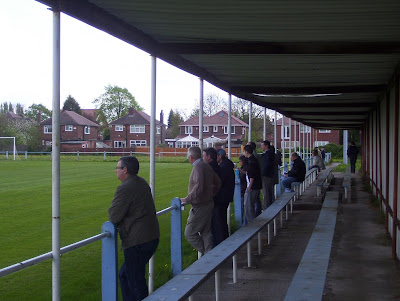 The ground it is fair to say is in need of some TLC and having spoken to a couple of club officials before the match, it is a wonder that they manage to keep the club going. Having said that the team is more than holding their own in the top flight of the North West Counties League. There is plenty of covered accommodation, with terracing/bench seating along one side of the ground. On the opposite side, just along from the dugouts is a small seated stand. 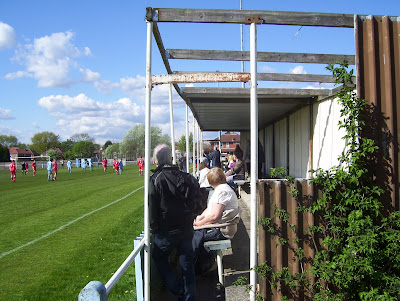 On the refreshment front, the tea bar is very welcoming with a good selection of snacks. The pies (Meat & Potato and Steak & Kidney) were good value, the crisps were half price (sell by date looming – last match of season – Ed) and there was the usual tea, coffee etc. Inside the club building was the bar area. Unfortunately due to what is clearly a legacy of under use the options here are limited to cans from the fridge. On a hot afternoon Ciderman and I were pleased that this facility was there and that whoever turned the fridge on, had done their job. 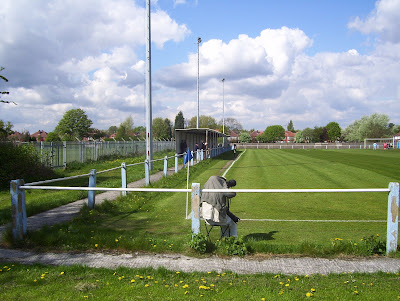 For an end of season match, after a slow start, this match got progressively better. Squires Gate FC will be disappointed not to have gone away with all three points having led on three occasions. However, this Pieman believes it would have been harsh on Maine Road, who were certainly worth a share of the spoils. Their 3rd equaliser coming in the 90th minute! 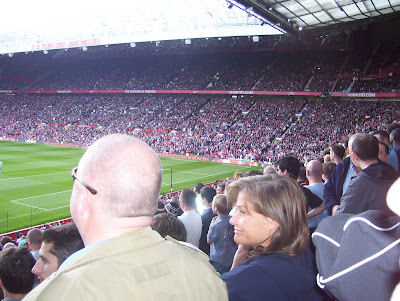 The match ended at 16:47 and following a very brisk walk, your scribe was at the Old Trafford turnstiles at 17:22! Welsh Roger was with us at Brantingham Road and probably lost a stone in weight trying to keep up with the fleet footed Pieman between the two grounds. I was pleased to have visited Maine Road FC and although I witnessed 7 goals in the latter match, I think the 6 at the former represented better value for money. Maine Road and Old Trafford on the same day - who'd 'ave thought it! 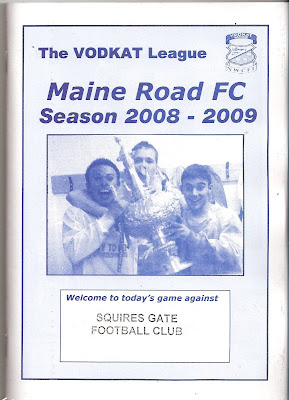