Hounslow is the principal town in the London Borough of Hounslow. It is a suburban development situated 10.6 miles west south-west of Charing Cross. Hounslow grew up along both sides of the Great Western Road from London to the West Country and in 1211 the Order of the Holy Trinity built a priory at the western end of the High Street, on the site of the present church. These friars used one third of their tithes to pay for the release of hostages captured during the crusades. Edward I granted the Holy Trinity a charter allowing them to hold a weekly market and an annual fair where they levied duties on goods sold. 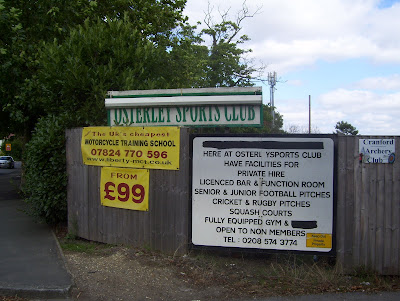 For some time I had been curious as to what the CB prefix to the Hounslow club's name stood for. One groundhopping acquaintance suggested Crawfords Biscuits. However the club website and match programme explain that CB stands for Cater Bank, the current Chairman's late father's company - an early sponsor. 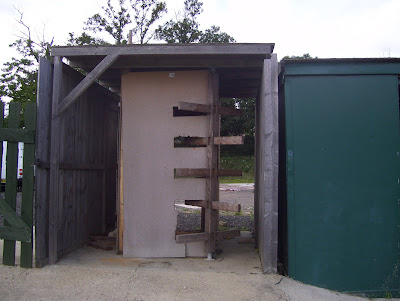 To reach Osterley Sports Club I was able to follow the precise directions provided by Andy of Kent on his superb site. Specifically, Left out of Southall station into South Road, left at roundabout into Merrick Road, right at next roundabout to stay in Merrick Road, straight over next roundabout then left into Havelock Road, right into Poplar Avenue and over bridge, left to remain in Poplar Avenue and ground is opposite junction with Tentelow Lane at end. Excellent directions although I took a slight detour to walk via the towpath of the Grand Union canal (two Saturdays running following Kings Langley - Ed) 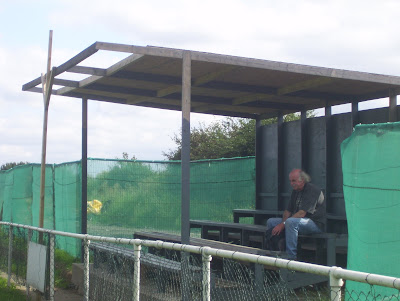 On reaching the Osterley Sports Club, it was a pleasant surprise to find a fully enclosed ground – not always a case in this division of the Combined Counties League. There is a clubhouse building, which serves as the changing facilities for the outside pitches too. There is also a functional licensed bar with satellite TV. It was at the bar that I was able to purchase a match programme (£1). At no other point was I asked to part with any additional cash and perhaps the programme covers admission for anyone honest enough to buy one. 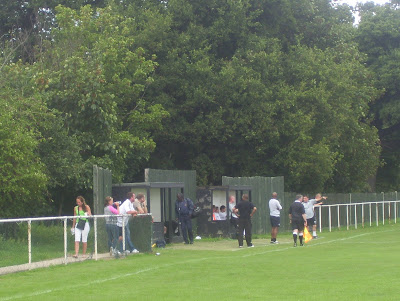 An additional refreshment facility (tea, burgers & bacon rolls) is located in the car park, near the ‘turnstile’. The ground boasts cover on three sides with a substantial 4 rowed seated stand behind the goal at the clubhouse end. The club is ambitious and aspires to having a purpose built ground. For them to progress up the football pyramid this would be essential. However, I was impressed with the spirit of the place, everyone was friendly and they certainly make the best use of the facilities they have. 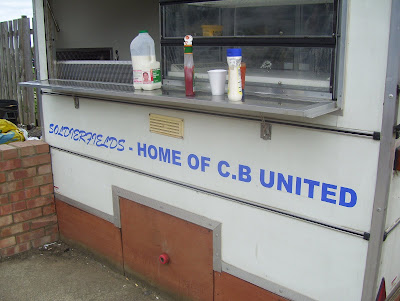 The match was a slow starter but by midway through the first period, visitors Knaphill FC had started to create some very good chances, some of which should have been converted. The goal free first period seemed to inspire the home side who started the second half in a far more assertive fashion. The decisive breakthrough came in the 62nd minute when a cross shot from the left found the net to give Knaphill the lead. Further goals within the next ten minutes sealed victory for the visitors who were able to relax and apply their passing game. In the 79th minute a red card for a Hounslow player was severely contested by the individual. His threatening outburst indicated that he strongly disagreed with the decision. 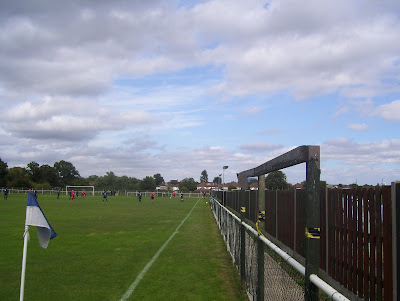 As he made his way back to the changing facilities, he took a kick at a batch of water bottles sending them hurtling over the fence and flying past a startled Pieman. This journalist has experienced much over the years but it is some time since he has been so close to the action. However, I obliged in returning the said bottles (6) to the appropriate area. A further Knaphill goal from the penalty spot on 85 minutes was surprisingly followed by two late strikes for the home side. An eventful end to the match! 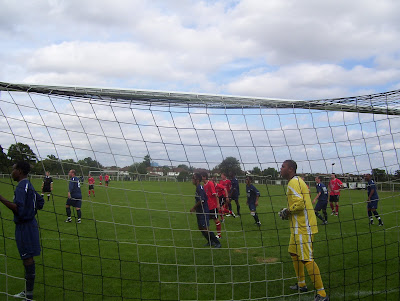 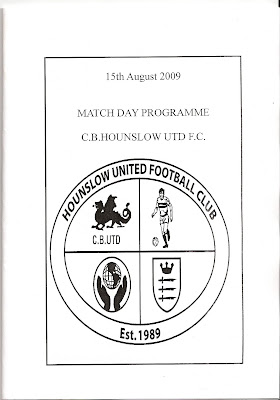