Coulsdon, known by locals and historically as Coalsden, is a town on the southernmost boundary of the London Borough of Croydon. It is surrounded by the Greater London greenbelt of the Farthing Downs, Coulsdon Common and Kenley Common. Coulsdon has a strong and vibrant local history, which includes ancient burial mounds on the Farthing Downs, an ancient church recorded in the Doomsday Book and Marlpit - an industrial chalk quarry. Old Coulsdon once boasted one of the oldest cricket clubs in the world - founded in 1762. Old Coulsdon were one of the strongest teams in the country in the late 1700 / early 1800s and once boasted 8 Internationals (England) in their ranks, as well as a young Stuart Surridge. The club was quite possibly the first to use three stumps and two bails. 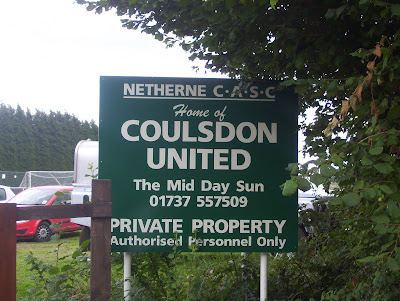 Coulsdon United FC was established in 1968 as Reedham Park F.C. and played in the Croydon Saturday League. In 1975, the club moved to the Surrey Eastern Intermediate League, which became the Surrey South Eastern Combination following a merger. In 1989, Reedham Park joined the Surrey Premier League, changing its name to Netherne F.C. in 1992. In 1994, they were promoted into the Combined Counties League, where they played for a few seasons before once again changing names to Netherne Village F.C. in 1998. The club dropped out of the Combined Counties League following the 1998-99 season, but became founder members of the league's new Division One in 2003. In 2005, the club's name reverted back to Netherne F.C. Only a year later, they once again changed names to Coulsdon Town F.C. In 2007 the club merged with Salfords and changed the name of the club to the present Coulsdon United Football Club. 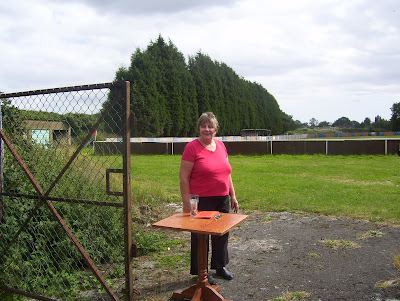 I was pleasantly surprised how easy it was to get to Netherne Community Amateur Sports Club. I jumped on a fast train at London Bridge, changing at East Croydon, from where I caught one of the frequent (4 per hour) services to Coulsdon South. On leaving the station and turning left, I followed the Brighton Road as far as Woodplace Lane, where I took a left turn crossing the railway line. To stay in Woodplace Lane requires a right turn into the continuation and to reach the ground you follow this road as it climbs until you pass the last of the domestic dwellings. Soon afterwards you will see the football ground on the left. 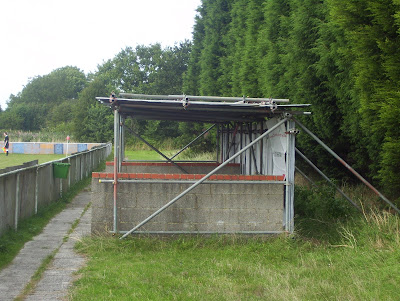 It is fair to say that the clubhouse and changing facilities are in need of a bit of TLC and have certainly seen better days. In the gents toilets there is a sign detailing the progress of the fund to repair the roof. The pitch is fully enclosed, with a small covered standing area opposite the dugouts for shelter in adverse weather. No such climatic issues on this fine hot August afternoon though! 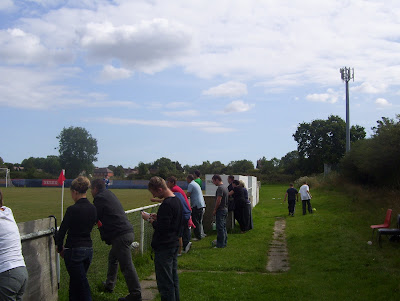 Visitors, Staines Lammas FC, have won this division the past two seasons and on the occasions that this Pieman has seen them, they have played some fine attacking football. This continued at Coulsdon where they were ahead after 10 minutes. Further strikes before the break ensured a 3-0 cushion prior to a well-deserved cold drink. In the second period Lammas looked likely to score whenever they went forward. The final tally of seven was conservative considering their domination of proceedings. The home side deserved credit for sticking to their task despite the obvious gulf in class. 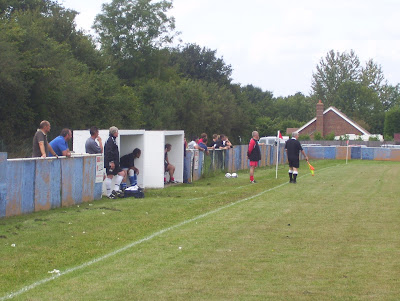 Despite the second half not starting until 16:07, This Pieman was back at Coulsdon South station in time (just!) to catch the 17:16 fast service to London Bridge. Accordingly, the Netherne location is not as difficult to access as I had long thought it was. 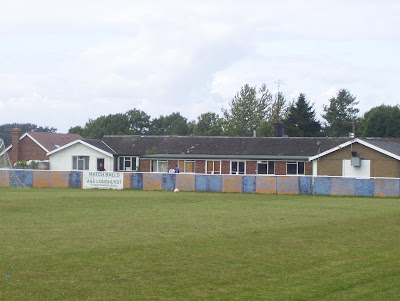 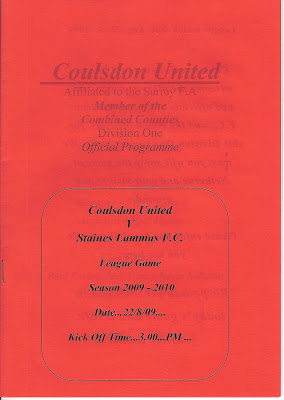