Doncaster is located about 20 miles from Sheffield and is popularly referred to as "Donny". The town began when the Romans built a fort in the area about 71 AD. After the Romans left the Saxons invaded Eastern England. The Saxons called a Roman fort a ceaster. When they arrived in South Yorkshire they called this one Don ceaster. In time the name changed to Doncaster and they created a village nearby. Doncaster is one of the oldest established centres for horse racing in Britain, with records of regular race meetings going back to the 16th Century. In 1776 Colonel Anthony St. Leger founded a race in which five horses ran. Today the St. Leger Stakes remains the world's oldest Classic Horse Race and features in the Horse Racing calendar as the fifth and final Classic of the British Flat racing season. This takes pride of place every September on the famous Town Moor course. 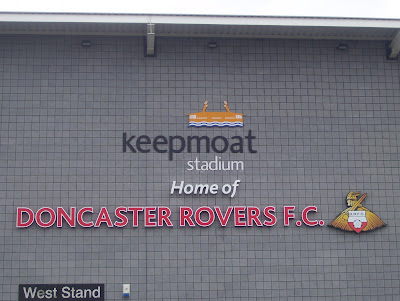 Doncaster Rovers FC was formed in September 1879 by Albert Jenkins, a fitter at Doncaster's Great Northern Railway works in response to the emerging popularity of the game in the nearby city of Sheffield. They were first elected to the Football League in 1901. In 1920, with the help of Doncaster Corporation, a new ground was built for the club and named Belle Vue. This remained their home until the Keepmoat Stadium was opened on New Year's Day, 2007. 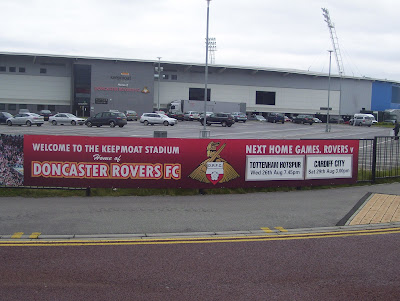 The second round of the Football League Cup presented this Pieman with a rare opportunity to visit a new ground with Spurs. I had visited Belle Vue on a couple of occasions, the first time being to witness an emphatic 0-4 victory for the visitors Reading in 1985. 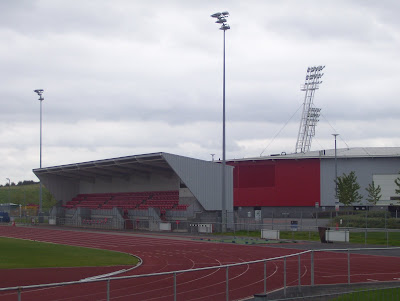 The draw for this round of the competition was made less than a fortnight before the matches were due to take place, not very convenient when looking to book cheap advanced purchase rail tickets. For this reason I travelled early to get a 'deal' and arrived at 'Donny' late morning. 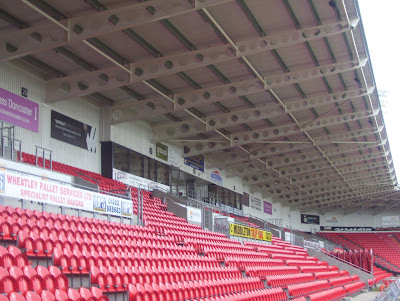 I took the opportunity for an early visit to the ground and reached the Keepmoat Stadium in 25 minutes following a pleasant stroll through the centre of town. I was also pleased to be allowed access to the stadium in order to take some photographs. 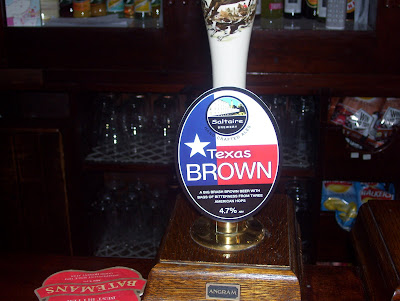 This interlude was followed by a return amble back to town, where I headed for the excellent Corner Pin public house. Lunch for this Pieman consisted of an enormous homemade Yorkshire Pudding filled with chips and gravy. The landlady informed me that such is the demand; she prepares the batter the night before. This delightful meal was washed down with a few pints of Texas Brown from the Saltaire Brewery. The Corner Pin is only a few minutes walk from the railway station and presents a decent refreshment option for anyone changing trains. 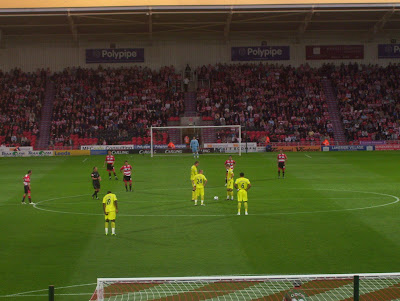 The Keepmoat stadium is a tidy, if unspectacular, venue. A good view of the proceedings is afforded from all areas. 'Functional' best describes the place, with all four sides resembling each other. Clearly the club had to move from Belle Vue but the fans I spoke to, still desired the atmosphere of the old place. 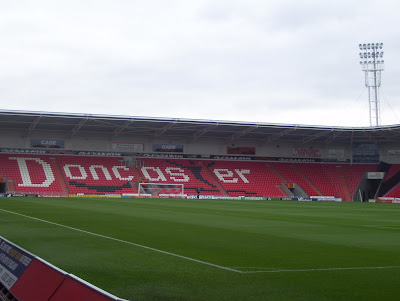 Tottenham Hotspur eased through to the third round with five goals. However, early on in the match, Carlo Cudicini had to be at his best to thwart early attempts by Rovers. In the end Rovers did score from the penalty spot. An emphatic win for Spurs but the home side did play some decent football. 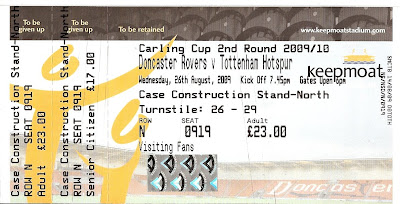 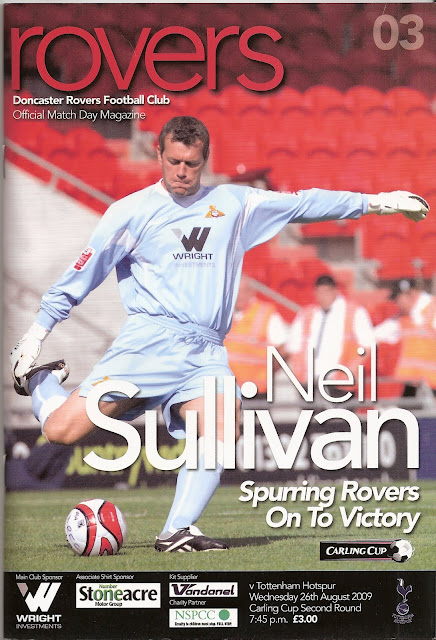