Ipswich is the county town of Suffolk, on the estuary of the River Orwell. Under the Roman Empire, the area around Ipswich formed an important route inland to rural towns and settlements via the Orwell and Gipping. King John granted the town its first charter in 1200, laying the mediaeval foundations of its modern civil government. In the next four centuries it made the most of its wealth, trading Suffolk cloth with the Continent. In the time of Queen Mary the Ipswich Martyrs were burnt at the stake on the Cornhill for their Protestant beliefs. A monument commemorating this event now stands in Christchurch Park. 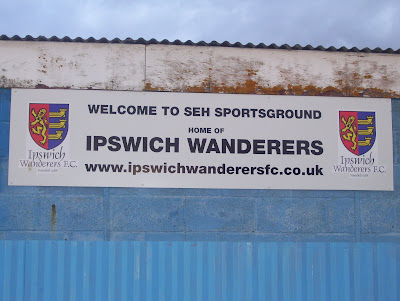 Ipswich Wanderers FC started as an under-14 boys team based in Bramford near Ipswich in 1980 and two years later they entered the lowest division of the Ipswich Sunday League. Managed by Colwyn Rowe, sponsorship resulted in a name change during 1988 to Loadwell Ipswich F.C. For 1988–89 they became founder members of Division One in the Eastern Counties League. The club was renamed Ipswich Wanderers in 1989. The club finished the 1997–98 as Division One champions, nine points clear of Maldon Town, losing only three league games all season. Their first season in the Premier Division was a struggle and they were saved from relegation only by the merger of the two Sudbury clubs. 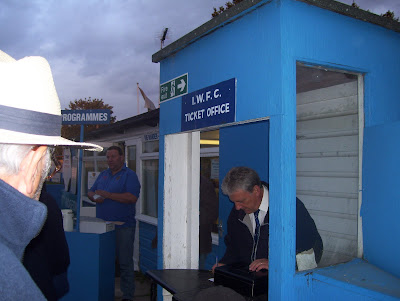 The club was relegated back to Division One on the last day of the 2002–03 season. Former Ipswich Town player Jason Dozzell was appointed in his first coaching post the following season, and in 2004–05 the club won the division and were promoted back to the Premier Division, finishing the season with a 26-game unbeaten run, collecting 28 points from the last 10 games and not conceding a goal in the last 6. The 2007–08 season saw Ipswich Wanderers relegated back to the First Division as they finished bottom of the table, conceding 119 goals in the process. 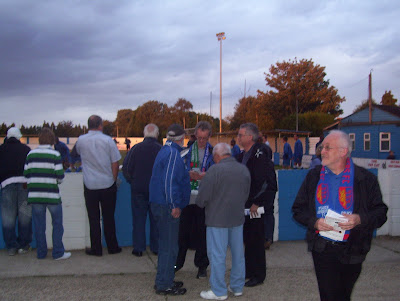 A Friday evening jaunt to Suffolk involved this Pieman gratefully accepting the offer of a lift from Local Bus Driver. We left Cheshunt at 17:15 and were pleased to reach the SEH Sports Ground just over 2 hours later. Not bad considering the Friday evening rush hour traffic. On reaching Ipswich via the A12, we switched to the A14, travelling in the direction of Felixstowe. This route facilitates circling the town in order to reach the ground, located in Humber Doucy Lane. 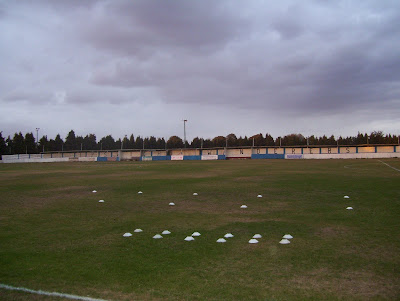 I was immediately impressed with the spectator facilities, with cover on both sides and behind one goal. Other structures include a cosy clubhouse and bar, club shop and refreshment kiosk. The great thing about watching football at this venue is that despite it being a progressively chilly evening, there is sufficient cover all round the ground to ensure a comfortable experience. 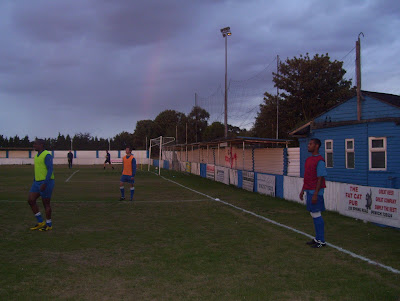 FC Clacton, riding high in the league, took the game to their hosts from the start and could have been ahead inside two minutes. Their pressure told after 15 minutes when they took the lead through James Dunkley. An Ipswich leveller from Maurice Fike was merely a consolation for Wanderers as the visitors regained the lead after 30 minutes when Matt Waters converted a rebound to his saved penalty kick. 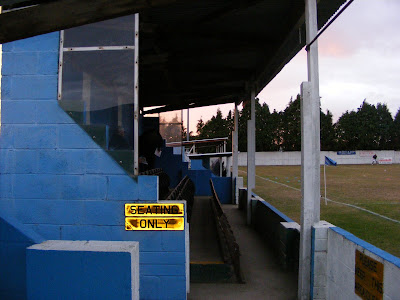 After the break the visitors never looked troubled and both Dunkley and waters scored again along with Lee Peacock to ensure an emphatic win for FC Clacton. A decent evening out and home before 23:30 – Ipswich Wanderers is a friendly club, well worth visiting. Although I had a lift, there is a regular bus service (route 66 - Ed) from Ipswich Railway Station operating 4 times per hour on Saturdays. 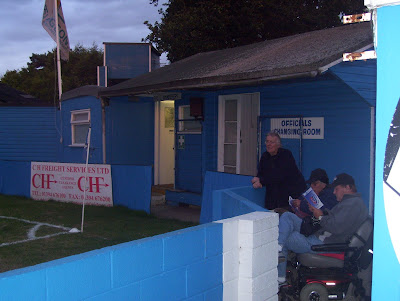 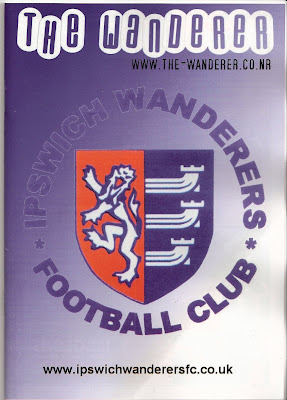