Kings Langley is a historic English village 21 miles northwest of central London on the southern edge of the Chiltern Hills and now part of the London commuter belt. The major western portion lies in the borough of Dacorum and the east is in the Three Rivers district, both in the county of Hertfordshire, England. It was once the location of a Royal palace of the Plantagenet kings of England. The twelfth century parish church of All Saints houses the tomb of the first Duke of York. His first wife, Isabella of Castile, was buried in Kings Langley Manor House. The London orbital motorway, the M25, passes just south of the village (Junction 20) on an imposing viaduct across the River Gade valley. 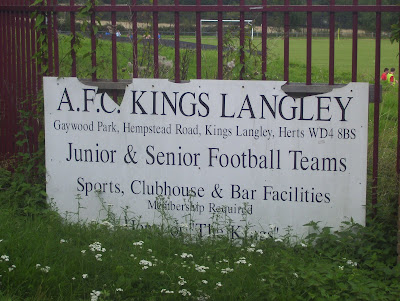 Kings Langley was the home of the makers of Ovaltine and the listed factory facade is now all that is left and still stands alongside the railway line among a new housing development. The Ovaltine factory itself has recently been converted into a series of flats and duplexes. Ovaltine was based on the vitamin-rich properties of malt extract and combined with Milk, Eggs and Cocoa it quickly became recognised as an ideal combination of essentials nutrients in a delicious and satisfying warm drink. 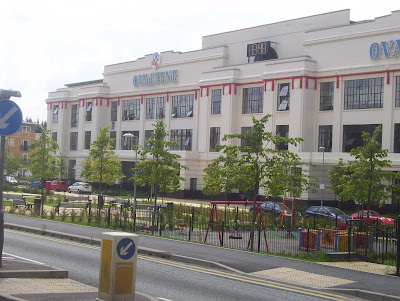 Kings Langley FC spent the majority of their history in the Herts County League; they joined the Spartan South Midlands League in 2001, and are currently members of Division One. My 'competitive' season is now up and running following my trip to Gaywood Park, the home of Kings Langley FC. I travelled via London Euston from where the journey takes just over 20 minutes. 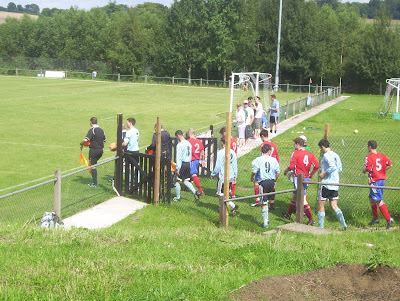 On reaching Kings Langley, I took a detour in order to get a photograph of the Ovaltine development. This building will be a sight familiar to thousands who have travelled on the main West Coast route over the years. The railway and the Grand Union Canal dissect Kings Langley. Effectively I had two options to reach the ground. Rather than backtracking towards the station, I continued along Railway Terrace as far as Nash Mills, turning left along Red Lion Lane, over the Grand Union Canal and left along Hempstead Road. This route takes you past a couple of decent looking pubs. 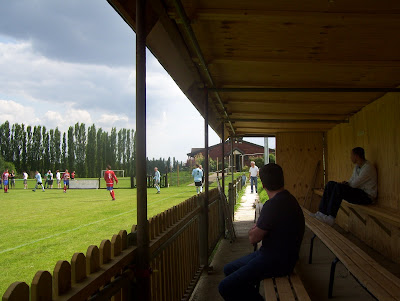 Gaywood Park is easy to spot from the main road as the club now have floodlights in place. Promotion to the top division was denied last season despite the club clinching the runners up spot; the required ground improvements being completed too late. However, from the comments of others, it is clear to see that major improvements have been made. On entry to the ground there is a clubhouse containing a bar and tea bar hatch. The changing facilities are also housed in the block with the car park adjacent. 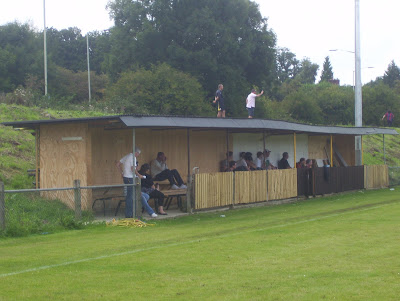 An extended wooden stand, containing bench seats is situated along the Hempstead Road side of the pitch. Currently it will be possible for 100+ spectators to view proceedings from there under cover and I have to say, the view was decent, providing shelter from the scorching sun! The opposite side of the ground, where the dugouts are situated backs on to the Grand Union Canal, with the West Coast main line crossing the waterway just north of the ground. 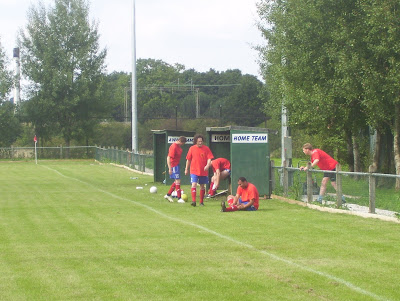 This match was slow to get going only livened up on 16 minutes when the home side took the lead with a fine volley. With further chances to increase the lead spurned, the visitors took the initiative and netted a 37th minute leveller with a tap in at the far post following a cross from the right. In the second period, Kings Langley again had chances to score but were made to regret not doing so when they were reduced to ten men with ten minutes to play. A handball on the line saw the resulting penalty converted and visitors Ampthill Town FC secured victory with a 3rd strike after 86 minutes. 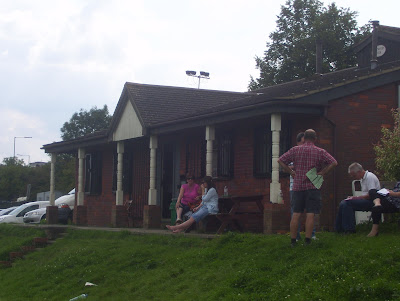 Gaywood Park is a good venue for watching the beautiful game, the people are friendly and the improving facilities will certainly assist the club’s ambitions. On leaving the ground I walked in the Watford direction along Hempstead Road, through the village centre where there are a few more pubs, fish and chip shop and an Indian restaurant recommended by a colleague. Heading in the direction of the imposing M25 viaduct, I turned left along Station Footpath, crossing the Grand Union Canal and up to the railway station. This particular match was late starting (something about a goalie’s jersey) and did not end until nearly 16:55. An earlier conclusion would have given me a sporting chance of catching the 17:11 train. However, the 17:41 still got me into Euston at a decent hour and I was back at Cheshunt before 7pm – an enjoyable excursion. 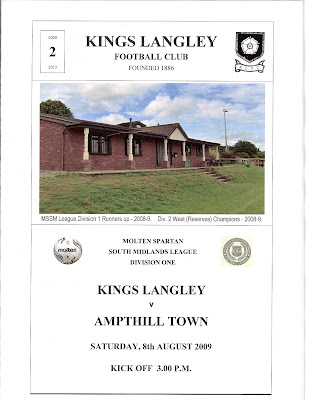 I remember the Ovaltine factory well as I it passed it on the train to and from Leighton Buzzard evry day back in the late 1970s. They even had their own farm on the opposite side of the railway track. At least they didn't knock it down completely like the old Schweppes building in West Hendon. The former Gillette building near Osterly will also be converted into appartments.