Burton-on-Trent or simply Burton, is a large town straddling the River Trent in the east of Staffordshire. It originally grew up around Burton-on-Trent Abbey, the monastery of Saint Modwen, and had grown into a busy market town by the early modern period. For centuries, Burton has been associated with the brewing industry. This is due to the quality of the local water, which contains a high proportion of dissolved salts, predominantly caused by the gypsum in the surrounding hills. This allowed a greater proportion of hops, a natural preservative, to be included in the beer, thereby allowing the beer to be shipped further afield. Much of the open land within and around the town is protected from chemical treatment to help preserve this water quality. Rob McElwee, BBC's long-serving weather forecaster was born in the town. 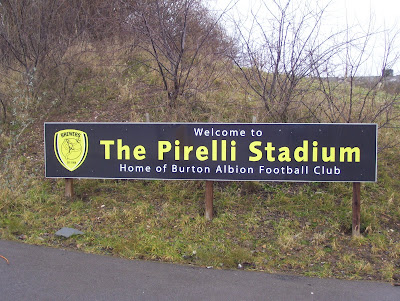 The town of Burton has had a chequered history of football clubs, partly due to the main sport traditionally  being rugby union. Many former Burton teams have struggled financially. Albion can claim lineage from Burton Swifts, Burton Town, Burton United, and Burton Wanderers, who were all defunct football clubs in the town. Burton Albion FC was formed in 1950, and joined the Birmingham & District League. Albion began life at the Lloyds Foundry ground on Wellington Street, but high attendances meant that the club quickly searched for a more suitable home. Eton Park was built off Derby Road and officially opened on 20 September 1958, coinciding with their promotion to the Southern League. From then until its demolition in 2005, the Brewers played all of their home games at Eton Park. 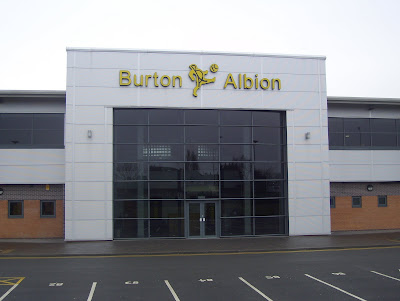 Eton Park was dismantled to make way for housing, as the club had just completed a new stadium, at a cost of £7.2 million. It is situated directly opposite Eton Park and was named the Pirelli Stadium, located as it was a short distance from Pirelli's factory in Burton. The stadium has an increased capacity, firstly set at 6,200, but then later raised to 6,912. Having secured bargain priced tickets from London to Birmingham the onward journey from Birmingham to Burton on Trent was relatively straightforward, with a half-hourly service taking half an hour. On reaching Burton we headed straight for the Pirelli Stadium, purchasing seat tickets for the main stand from the club shop. 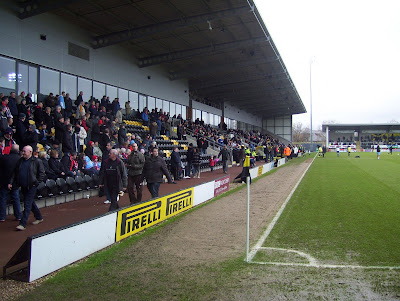 We were now free to seek the appropriate liquid refreshment in a town that boasts to be the home of the brewing industry. Not a problem you might think. It was 11:00am and the nearby Beech Hotel was our first port of call. However, the rather unsympathetic barman at that hostelry informed us that he was not opening until midday. This was probably a blessing in disguise as the Great Northern (Burton Bridge Brewery) and probably slightly nearer to the ground (over the railway bridge – Ed) serves a fine pint of Bridge Bitter (4.2%). Although this pub also is scheduled to open at midday, the door was open at about 11:45. Many visiting Rotherham United fans were also frequenting this establishment and there was a good friendly atmosphere. 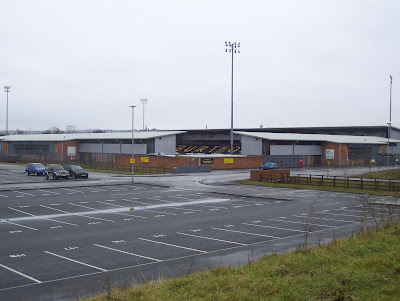 The Pirelli Stadium is a decent enough new build which, although lacking in character, certainly has all the requisite facilities. It affords a good view from all areas. The only available seating is in the main stand; the remaining 3 areas of the ground are terraced and covered. Should the club progress there appears to be scope to increase the capacity and upgrade the facilities of the stadium. 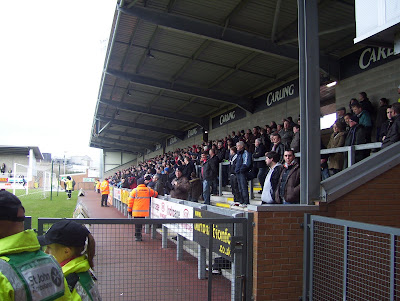 As for the match, Burton edged the first half but rarely troubled Andy Warrington in between the sticks for the Millers. During the second period, the rain which had held off before the match got heavier. The deadlock was broken when Warrington took a long free kick that skidded off the head of Burton’s Tom Parkes. League Two’s top marksman Adam Le Fondre, was able to get a faint touch to get the goal that was to settle this contest. After this the visitors were by far the stronger team and should have added to their tally. 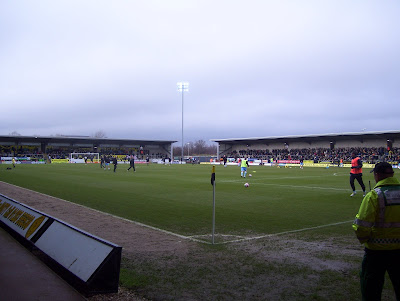 After the match we headed back towards the station (just over a mile) and en route took refreshment at another Burton Bridge hostelry, The Alfred, another friendly pub with an impressive selection of real ale. Apart from Bridge Bitter, I also enjoyed Golden Delicious (3.8%). It was here that I also bumped into Duncan Adams, the man behind the Football Ground Guide. Although we had not met previously, by coincidence Duncan had emailed me a couple of days before. A fine day out was compounded by a brief pit stop near Birmingham New Street station before heading back to the metropolis. 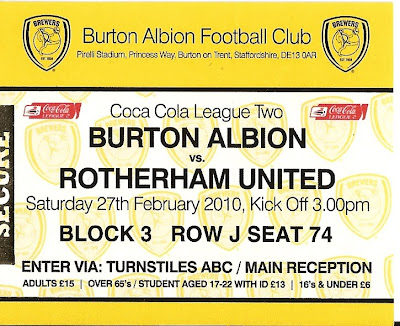 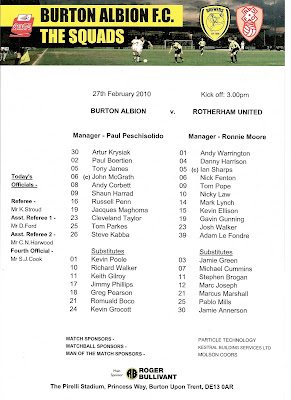 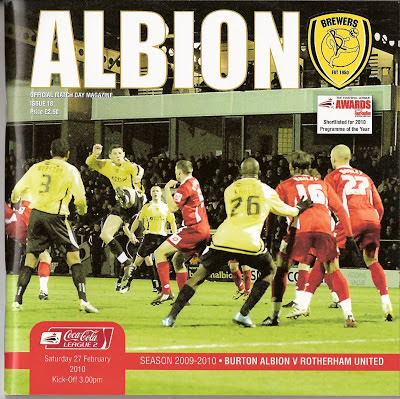