Hartley Wintney is in the Hart district of North-East Hampshire. The parish includes the joined village of Phoenix Green to the south and surrounding hamlets of Dipley, West Green, Elvetham and Hartfordbridge, as well as large wooded areas such as Yateley Heath Wood and part of Hazeley Heath. The River Hart flows to the north-east of the village. The River Whitewater forms the western parish boundary and the M3 motorway forms the southern boundary. It is recorded in the 13th century as Hertleye Wynteneye which means "the clearing in the forest where the deer graze by Winta's island". Winta was probably a Saxon who owned the island in the marshes where a priory of Cistercian nuns was founded in the middle of the 12th century. 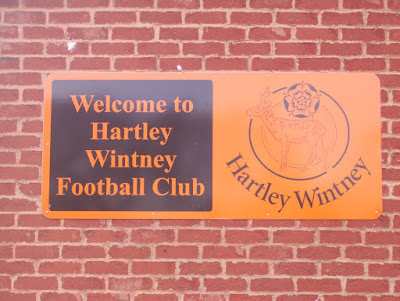 The village has a typical wide Hampshire main street, lined with local businesses, shops, public houses and a Baptist church. It is particularly well-known for a proliferation of good antique shops. At the southern end is the village green and duck pond (with thatched duck house). The red-brick parish church of St John over looks the green and the elegant Mildmay oak trees beyond. The oaks were planted by Lady St John Mildmay in response to the call, in 1807, by Admiral Collingwood following the Battle of Trafalgar for landowners to plant oaks to provide timber for naval ships. The cricket green, home of the oldest cricket club in Hampshire, is behind the shops adjoining a second picturesque duck pond and Dutch-gabled farmhouse. 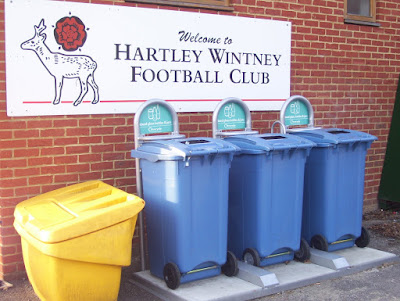 Hartley Wintney Football Club was founded in 1897 and played in an area situated at Causeway Farm, not far from our present ground. The village side competed well against local opposition, this despite the facilities not being of today’s standard, with only a horse trough or the pond to remove the heavy mud from a sub-standard pitch! In 1953, the club moved to The Memorial Ground and a pavilion was erected. The facilities were once again improved in 1975, when a bar was built within the pavilion. 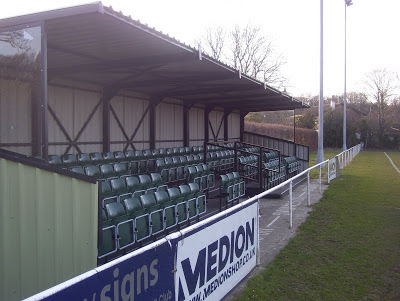 To reach Hartley Wintney, I took a train from London Waterloo to Winchfield. From the station it took me 25 minutes to walk to the Memorial Ground. The route takes you under the M3 before reaching Phoenix Green and Hartley Wintney soon after. Not being blessed with professional photography skills, I arrived early in order to take advantage of the daylight. 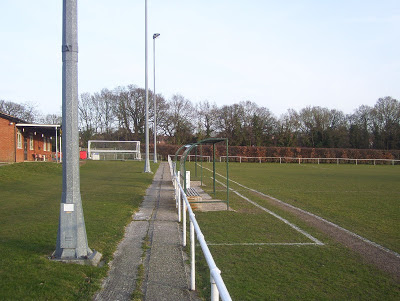 I was then able to explore what turned out to be a very pleasant Hampshire village. Although dissected by a very busy road, there is enough charm and quintessential Englishness about the place to recognise why it would be a popular place to live. This Pieman also recommends the chips on sale in the High Street.

The Memorial Ground is a tidy venue, more than adequate for this level of football and certainly ready for step 5 should the club reach the higher division of the Combined Counties League. There is a covered stand containing about 100 seats straddling the half way line. On the opposite side is a large clubhouse with big screen Sky Sports. 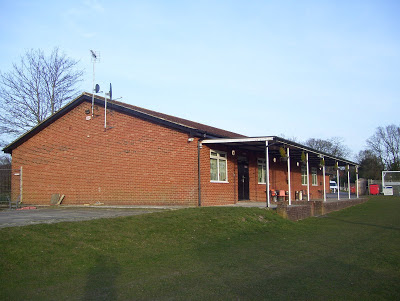 Adjacent is another building housing the changing facilities. In front of the clubhouse is a raised covered patio type area. This would provide a welcome retreat in poor weather, offering an excellent view of the pitch. The ground is fully enclosed with a ten-foot high hedge bordering the stand side and behind one of the goals. The other end backs on to housing and is the only part of the ground not available to spectators. 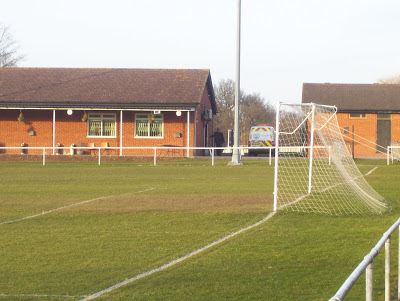 This match between the hosts in 3rd place and visitors Cobham in 5th place promised to be a tight affair and so it was. Hartley Wintney held the lead at half time courtesy of a goal after 16 minutes from Matt Brunt. Cobham in their Chelsea kit (complete with club badge and sponsor’s name! – Ed) drew level shortly after the break following an almighty blunder by the home keeper and grabbed all three points with the winning goal on 82 minutes. 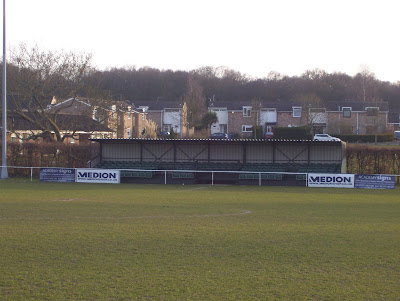 This Pieman is old enough to remember when 7:30 kick offs were the norm for midweek football and is indeed a fan of this rarity. It was this factor that encouraged me to embark on this midweek jaunt across the Surrey/Hampshire border. I was back at Winchfield Station in time for a fine pint of Ringwood Fortyniner (4.9%) at the nearby Winchfield Inn, well before the 22:05 return service to London. 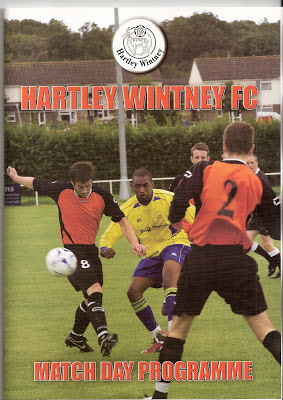