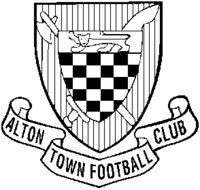 Alton is a small market town in Hampshire, to the southwest of Farnham. The River Wey has its source in the town, and the name Alton comes from an Anglo-Saxon word "aewielltun" meaning "farmstead at the source of the river". The Treaty of Alton was an agreement signed in 1101 between William the Conqueror's eldest son Robert, Duke of Normandy and his brother Henry I of England. Henry had seized the throne while his elder brother was away on the first crusade. Robert returned to claim the throne, landing in Portsmouth. The two brothers met in Alton and agreed terms which formed the Treaty of Alton. Part of the main street through Alton is called Normandy Street, probably reflecting this event. 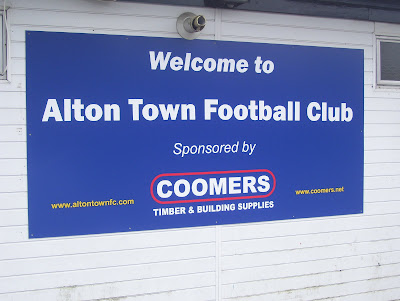 Originally known as Courage & Co, this works football club based in Alton, Hampshire enjoyed a long and distinguished history before joining forces with neighbours Alton Town in 1991. In 1992 the club became known as Bass Alton Town and continued to play at the Bass Sports ground where they made further steady progress. In 1998 the club became known simply as Alton Town and after twice winning the Hampshire League title they took their place in the Wessex League in 2002 where they have remained since. 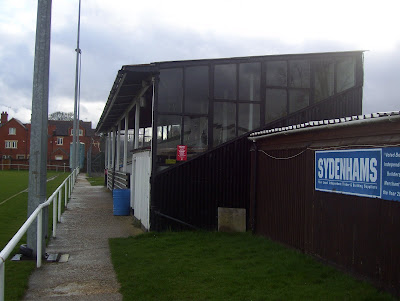 Alton (Bass) Sports Ground is visible from the train just before you reach Alton. The railway station is also a terminus of the Watercress Line – a steam railway. The official title being the Mid Hants railway which runs 10 miles from Alresford to Alton, on the way visiting Ropley and Medstead & Four Marks. The football ground is little more than a five-minute walk from the station. 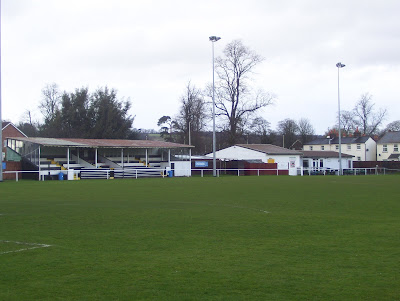 On arrival at Alton for this midweek post work jaunt, This Pieman and a colleague adjourned to the conveniently located Railway Arms. This delightful freehouse stocks the full range of ales from the local Triple fff Brewery. We sampled Moondance (4.2%) and Alton’s Pale Ale (4.8%). Both in perfect condition and justified our visit. 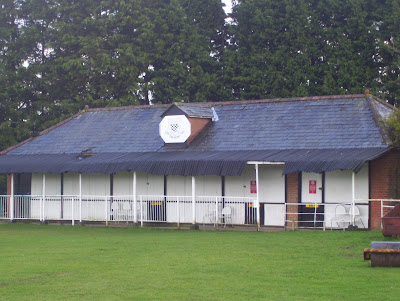 The ground is fully enclosed with a covered seated stand on one side, close to where you enter. The opposite side of the ground houses the changing facilities. This building is some distance back from the dugouts and has the appearance of a cricket pavilion. There is limited space behind each goal as the ground is hemmed in by housing. 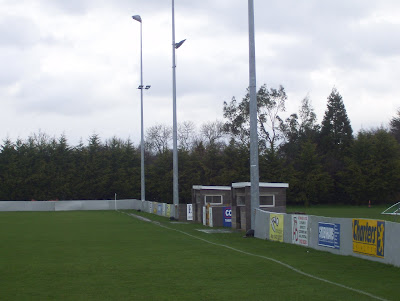 Visitors Bournemouth have had a decent season, whereas their hosts have struggled for the majority of their campaign. It was clear from the start that Bournemouth posed the greater threat. A couple of goals midway through the first period proved sufficient to clinch the points for the Dorset club. This was a fairly tame encounter and certainly had the feel of an end of season match. The close proximity to the station enabled us to catch the 21:44 service after the match, arriving at London Waterloo at 23:00. 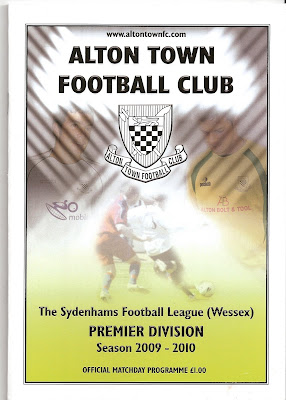