Reigate is a historic market town in Surrey at the foot of the North Downs, and in the London commuter belt. It is one of the main constituents of the Borough of Reigate and Banstead. Reigate and the adjacent town of Redhill form a single urban area. South Park is a residential area of the Borough. It lies to the south of Reigate Priory Park and to the west of Woodhatch. 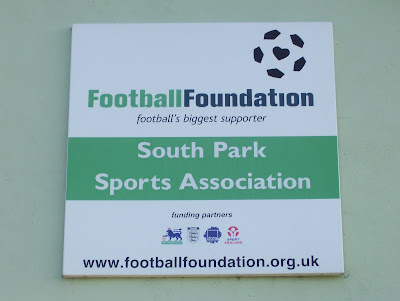 Another midweek jaunt after work saw this Pieman travel to Reigate via London Victoria, to once again dip into the Combined Counties League. King George's Field is a venue that I thought I would have to visit on a Saturday afternoon due to the distance from the nearest railway station. However, some proper research helped to change my mind as AA Classic Route planner states the distance from Reigate station as being 1.8 miles. 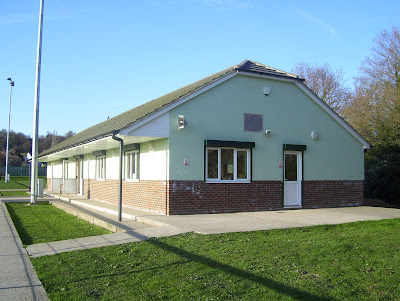 From the station it is fairly easy to navigate a clear route to the South Park district via the delightful Reigate Priory and Reigate Park. It does not take long before you are out in the countryside. I confess to taking a couple of detours en route. The weather was so nice that I took the opportunity to trek around the spacious park. For this reason I am not sure how long it took me to walk to the ground but I would estimate 35 minutes taking into account a refuelling exercise at Morrisons. 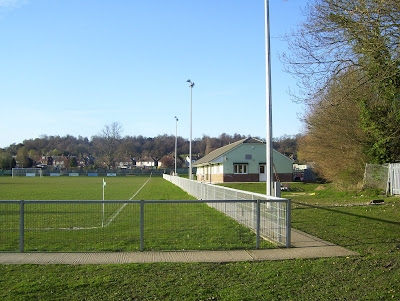 The football ground is fully enclosed and is part of the main South Park Sports Association complex. Also incorporated is a cricket pitch, adjacent to the football ground. There is also a licensed clubhouse situated in the far corner of the car park from the ground. 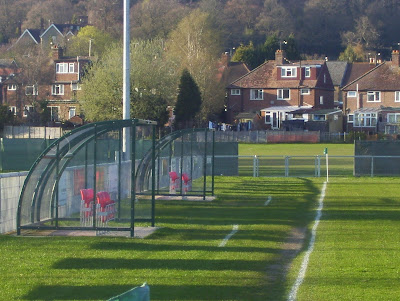 The only building within the confines of the football ground is that housing the changing facilities. However this relatively new structure looks very impressive and also houses at one end, a decent sized cafeteria with seating. At present, covered spectator facilities are restricted to the area immediately in front of this building which benefits from a roof overhang. I would suggest that this would be adequate for the amount of spectators at most matches in this league. I was told that in the close season, work would begin on a covered seated stand. This would assist South Park to progress to a higher level and I am sure that they have ambition to do so. 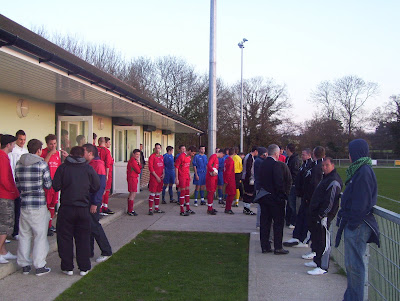 There is concrete hardstanding along all four sides of the pitch, which is also surrounded by a sturdy perimeter fence. The ‘dugouts are situated on the opposite side of the pitch to the changing facilities and there are six floodlight masts around the ground. Floodlighting is becoming the order of the day in this lower division of the Combined Counties League. At this stage of the season it must assist greatly in facilitating 19:45 kick offs, enabling players and officials time to arrive from work. 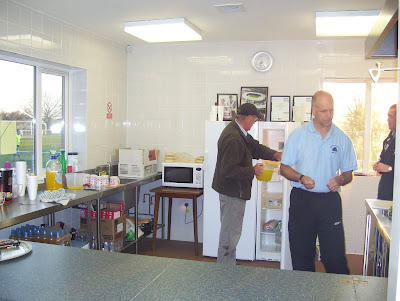 I was very impressed by visitors Farleigh Rovers FC. Prior to this match they trailed their hosts by six points and two league places, although holding a game in hand. Throughout this encounter they were very impressive. Leading 1-0 at the break, they clinched all three points with two strikes in the latter part of the second period. 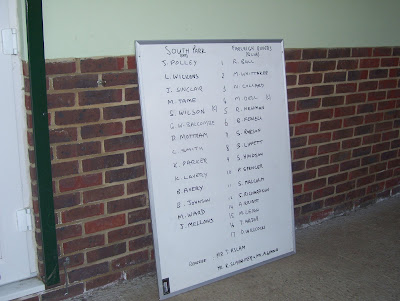 My journey back to Reigate station took me a bit longer as I opted to walk via main roads where I could. Streetlights in the country are not as prominent as in the metropolis. I was back at Reigate in time to catch the 22:33 service, connecting at Redhill for a train to London Victoria, arriving just before 23:20. With onward connections via the Victoria Line and Tottenham Hale, I eventually arrived home at half past midnight. 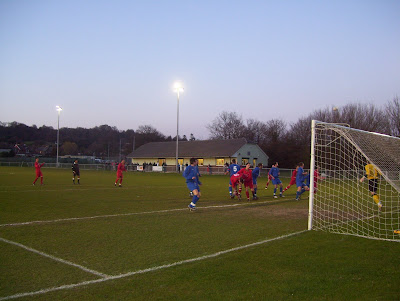 South Park FC is a progressive, friendly club and with the ground improvements planned, the members are clearly ambitious. This coupled with the magnificent scenery in the locality make the club an attractive place to visit. I enjoyed my brief visit and would recommend it to neutrals. £3-50 for 90 minutes and a match programme. 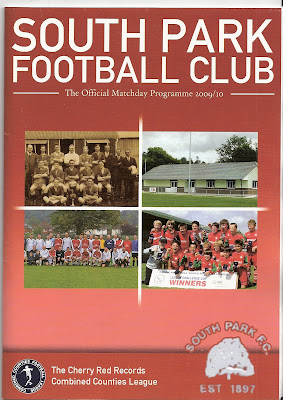