Duke Berchtold V of Zähringen founded the city of Bern on the River Aare in 1191 and allegedly named it after a bear he had killed. It was made an Imperial Free City by the Holy Roman Emperor Frederick II in 1218 after Berthold died without an heir. The city was originally built on a hilly peninsula surrounded by the River Aare, but outgrew the natural boundaries by the 19th century. A number of bridges have been built to allow the city to grow beyond the Aare. Bern is built on very uneven ground. There are several dozens of meters in height difference from the quarters on the Aare to the higher ones. 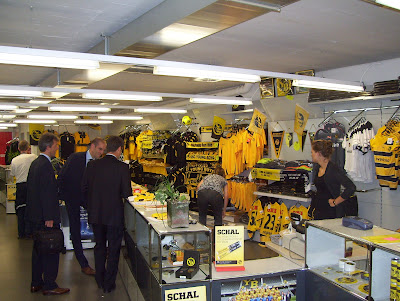 Berner Sport Club Young Boys 1898 is a Swiss sports club based in the capital city of Bern. The name is often abbreviated to YB, The club is best known for its football teams. In 1897, brothers Max and Oscar Schwab, Hermann Bauer, and Franz Kehrli studied at the University of Bern. They founded Football Club Young Boys on 14 March 1898 and chose yellow and black to be the club colours. The club reached the semi-finals of the European Cup in the 1958–59 season. The club plays its home games at the Stade de Suisse. The club's other sports include field hockey and bowling. 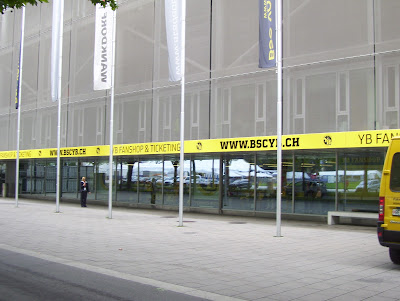 An early evening flight from London Heathrow to Zurich enabled us to catch a train direct  from the airport to Bern. The actual travelling time between the two cities was about an hour, discounting the amount of time spent sitting in the platform at Zurich main station. We reached Bern at 23:30 and after a short stroll reached our hotel just before the day of the match. 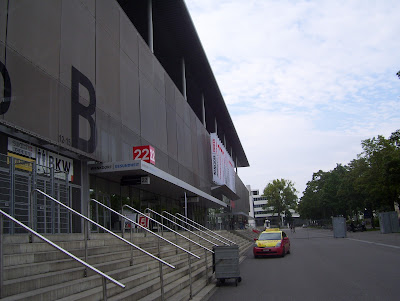 On the morning of the match we walked to the stadium. It is uphill most of the way but still reachable in about 20 minutes from the town. Another option is the Number 9 tram from the centre of Bern, for which one terminus is immediately opposite the stadium. Also nearby is a local railway station which connects with the main Bern railway station. The intention was to get some daylight photographs of the exterior of the ground. However, this modern construction does not lend itself to such pursuits as much of the ground level is taken up by a shopping centre, fitness centre and administration facilities. 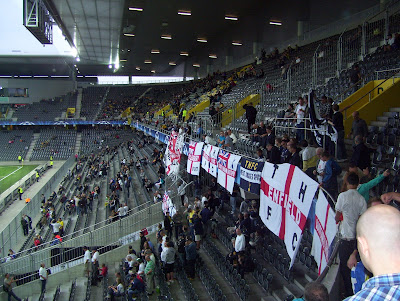 Having ascertained that match programmes would not be available until later, we returned to the town, stopping off for some liquid refreshment at Altes Tram Depot. This establishment is a restaurant and brew house. Considering the quality of the ales available, it is competitively priced for the area. This Pieman enjoyed his first taste of Märzen so much that he stuck with this non filtered 4.9% amber beer for the remainder of time (subsequent visits too – Ed).


As for the match, the 1600 or so Spurs fans situated on two levels in the corner of the stadium, were treated to a truly awful display by their team. After half an hour, the home side had scored three times and struck a post. “Champions League and we’re having a laugh” – I don’t think so! Just before the break, Sebastien Bassong’s header reduced the deficit. 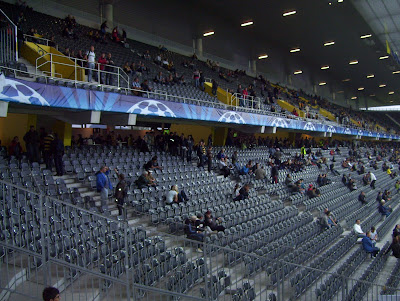 An improved second half showing saw a spectacular strike from Roman Pavlyuchenko, meaning that Spurs left Switzerland only trailing by one goal, with 2 away goals "in the bank". However, those statistics hide the fact that Young Boys should have been 4-1 ahead at one point and missed another decent chance before the end. 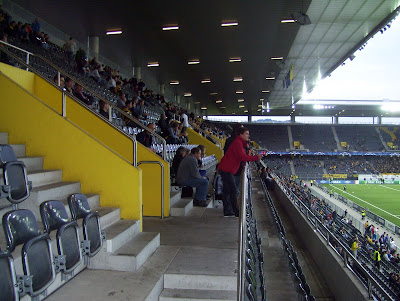 Stade de Suisse is a tidy venue, fairly typical of modern stadia. I'm not sure of the value of netting between those seated behind the goals and the playing area. However, a decent view is afforded from most areas. As for Bern, the fast flowing River Aare, the old buildings and the bears (yes we saw them - Ed) make this small capital city an interesting, but not cheap, place to visit. 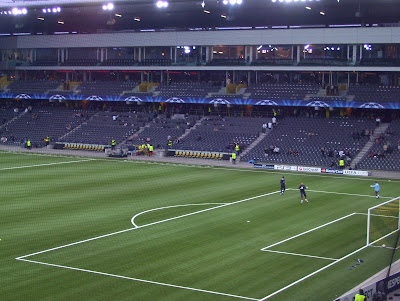 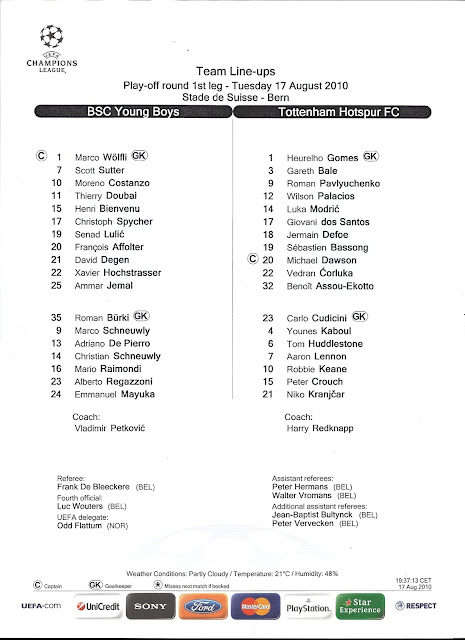 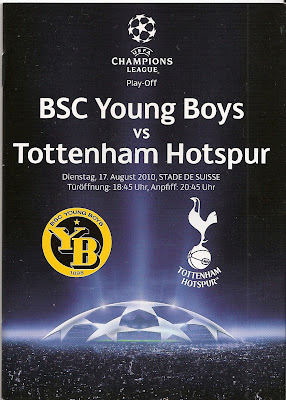