Bremen is the capital of the state of Bremen in northwest Germany, on the Weser River. The state of Bremen was formed in 1947 by combining Bremen and Bremerhaven. The cities of Bremen and Bremerhaven, with their cultural heritage and close location to the North Sea, have a high standard of living and leisure. Known as the Free Hanse City of Bremen, Germany’s oldest port city has been moulded by more than 1,000 years of history. After WWII, Bremen became a part of the American occupation zone, as the USA wanted to have one port town within their zone. This prevented the inclusion of Bremen into the new Land of Lower Saxony that was formed around it within the British zone, and secured Bremen independence as a Federal State in its own right in the new West German federation. 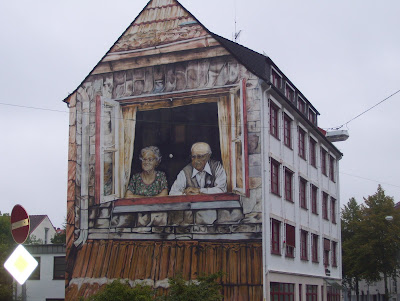 Today, Bremen is Germany’s largest port after Hamburg, and is a commercial and industrial centre trading in cotton, wool, tobacco and copper. Bremen is a modern city whose produce includes ships, aircraft, steel, machinery, electrical equipment, textiles, beer and foodstuffs, particularly roasted coffee. Its maritime museum tells the thrilling story of ships and sea travel through the ages, and a series of magnificent old lighthouses stand as monuments to its proud maritime past. 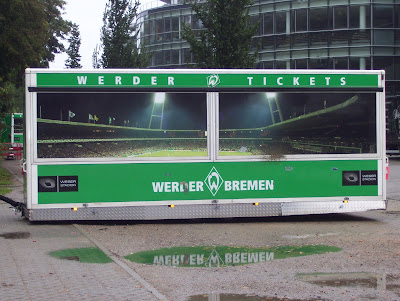 A Monday afternoon Easyjet flight from Luton facilitated an hour and a half in Hamburg prior to the hour-long train journey to Bremen. Having researched refreshment options, it was good to be able to adjourn to Baumann’s Bierbar, directly opposite Hamburg main station. This was a good venue and here this Pieman enjoyed Duckstein followed by Franzikaner Weissbier. The latter was also consumed on the Inter City Express train (served in a proper glass and sold for the same price as at Baumann’s – Ed). 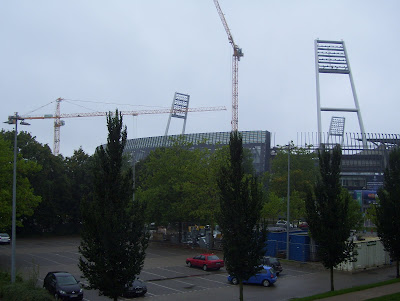 It was just a short walk from Bremen station to our hotel and shortly after checking in we wandered along to the Ostertor district. In this area there are many bars and restaurants. This area is en-route to the Weserstadion and is a popular stopping off point for the fans. At Belini, we enjoyed a few glasses of Warfteiner whilst catching the last 20 minutes of an amazing 2nd Bundesliga match between Energie Cottbus and Karlsruher SC. It ended 5-5, the visitors should have taken the points but for the referee failing to play advantage. 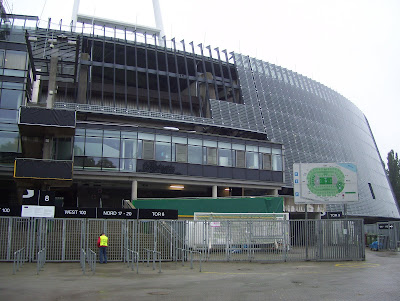 On the morning of the match, we wandered up to the ground. I would estimate a walk of 20-25 minutes from the centre of town to the stadium. The best route from the town is to follow the Weser River, which unsurprisingly gives its name to the stadium. We took the opportunity to wander around the ground and by chance came across the Werder Bremen squad training on one of the many outside pitches. It is remarkable that we were able to get so close to the players, not something we expected.
﻿
On a very wet day, we spent the afternoon in the old town. It was here that we visited Erste Bremer Gasthausbrauerei. This Pieman does like a brewhouse and in addition to some fine beer in the form of Dunkles, he ate a splendid meal consisting of meatloaf and fried potatoes, topped with a fried egg. 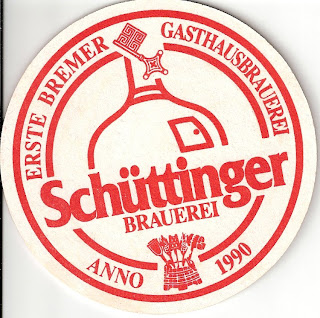 The spurs fan with the walking stick at our table enjoyed a peppered version of the same dish. This and a couple of other fine hostelries set us up nicely for the evening entertainment delivered by the UEFA Champions League.﻿ 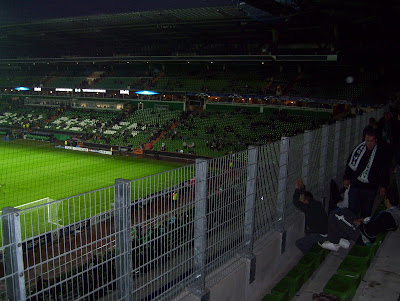 Tottenham Hotspur, making their debut in the group stage of this manufactured, money spinning, replacement for the European Cup, took an early 2-0 lead against their experienced German hosts. However this was countered by a goal either side of the interval. A draw was probably a fair result and both sides can look back at a match they could have won or lost. 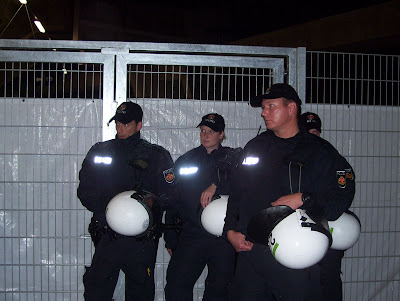 The Weser Stadion is undergoing rebuilding work at present, with increased capacity being added to the end opposite where the visiting supporters are housed. It was good to be under cover on a very wet evening but less so to have to look through a net at the pitch. It was very good to be allowed to leave the stadium immediately after the match (extremely rare on these occasions - Ed). I would suggest that the police in Seville could learn some table manners from their Bremen counterparts, who appeared to use common sense in not dealing with a problem when one does not exist.

The following day facilitated another opportunity for some refreshment in Hamburg. Prior to heading to the airport we dined at Baumann’s Bierbar and the Woodcutter’s steak with onions, served with fried potatoes and a side salad certainly hit the spot. Prior to this the opportunity was taken to visit two centrally located brewhouses. 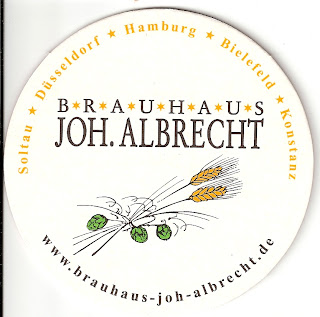 At Brahaus Joh. Albrecht this Pieman was able to enjoy Messing – a pleasant pale beer. This establishment overlooks the canal and is situated on the ground floor of an office block. 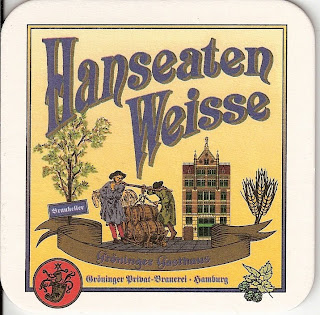 A short distance away in a large cellar is Groninger Braukeller where the Pieman delighted in Hanseaten Weisse. This popular venue is very extensive and is likely to generate the traditional beer keller type atmosphere when full. 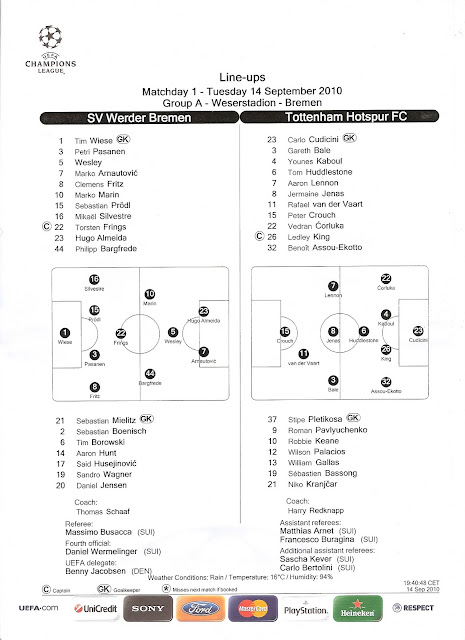