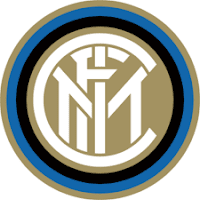 Milan is the capital of the region of Lombady and of the province of Milan. The city was founded under the name of Medhlan, by the Insubres, Celtic people. It was later captured by the Romans in 222 BC, and the city became very successful under the Roman Empire. Later Milan was ruled by the Visconti, the Sforza, the Spanish in the 16th century and the Austrians in the 18th century. In 1796, Milan was conquered by Napoleon I and he made it the capital of his Kingdom of Italy in 1805. The city has been recognised as the world’s fashion capital and the world's design capital, thanks to several international events and fairs, including Milan Fashion Week and the Milan Furniture Fair, which are currently among the world's biggest in terms of revenue, visitors and growth. Milan hosted the Universal Exposition in 1906 and 2015. The city hosts numerous cultural institutions, academies and universities, with 11% of the national total enrolled students. 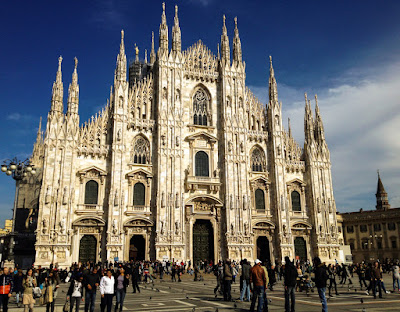 The Stadio Giuseppe Meazza, originally and commonly referred to as the San Siro because of its location in Milan. It is the home of both A.C. Milan and F.C. Internazionale Milano. The stadium is named in honour of Giuseppe Meazza, twice a World Cup winner in 1934 and 1938. Meazza played for Internazionale and briefly for Milan in the 1930s and 1940s. The stadium is located in the western part of Milan and can be reached by tram, line 16 ends right in front of the stadium. The current capacity of the stadium is 80,074 with all seats being covered.

This particular fixture was eagerly anticipated by Spurs fans, as a result every man and his dog wanted to attend. Flight prices to Milan were not going to be the cheapest. Therefore, this Pieman flew from Gatwick to Turin with British Airways. Thence by train to Milan, which by intercity services takes one hour. A leisurely start to the morning of the match involved trekking over to the Lambrate district of Milan. Birreria Lambrate is a brewpub with a fantastic range of ales. The choice available is extensive and this establishment also serves excellent food. My first choice of ale was Montestella (Blonde 4.9%). This was followed by Ligera (American Pale Ale 5%), Ortega (English Golden Ale 5%) and finally Lambrate (English Strong Ale 5.8%). The lunchtime session runs from noon to 3pm. Lambrate metro station (Line 2) is only a few minutes walk from the pub. This facilitated two further visits, the first of which coincided with ‘happy hour’. 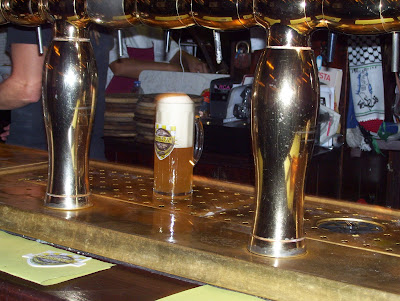 Happy Hour at this pub equates to a plentiful supply of free food, which is laid out on the bar. Needless to say, Ciderman and the Pieman took full advantage of this hospitality. The Pieman managed a further couple of Lambrate ales (by now his personal favourite – Ed) to wash down the food before heading off to the San Siro for the match. Lotto metro station on Line 1 is no more than a 15 minute walk to the stadium. En route from station we encountered numerous vendors selling refreshments and souvenirs. It probably took longer to reach my seat in the lofty heights of the stadium as it did to walk from the station. The official away support was housed in the top tier of the stadium behind the goal. For this dubious privilage we paid the equivalent of £18 (considerably less than the £49 that Inter were originally going to charge! – Ed) 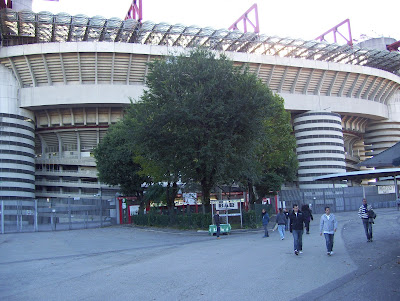 I will not dwell too much on the match. Spurs were 4-0 down and reduced to ten men when Gomez was given a straight red card early in the match. The second period amazingly contained a Gareth Bale hat-trick, which gave a completely unpredictable respectability to the final score. It was obvious that we would be held back after the match, but once we were on the move, this Pieman did manage an earlier than expected escape from the compound, following two others in order to use a different exit. This paid off, as it facilitated getting back to the metro station and out to Lambrate, just after midnight. The bar was heaving with students and was doing brisk trade. The beer prices are 4.5 Euros during the day and 5 Euros after 8pm. All in all this represents excellent value for quality ale, large glasses and fantastic service. Compared to the rest of Milan that I encountered, this haven is a must when visiting this relatively expensive city. 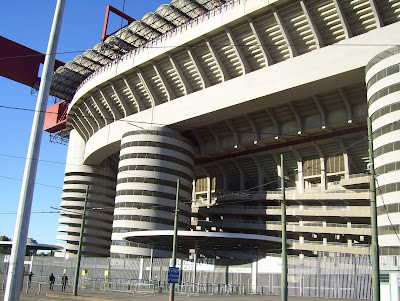 The following morning involved getting the train to Turin to facilitate the return flight to Gatwick. French air traffic control industrial action was to delay our return so it was important that solid refreshment was consumed. Adjacent to platform 20 at Torino Porta Nuova station is what appears to be a staff canteen. There are no restrictions to the public and it was here that I enjoyed a hearty meal of sausages in a tomato sauce served with potatoes. A second dish of peas and rice accompanied this. We also visited a traditional Italian Ice Cream parlour at which Ciderman’s choice of a double (chocolate and lemon) inspired me to enjoy the same. 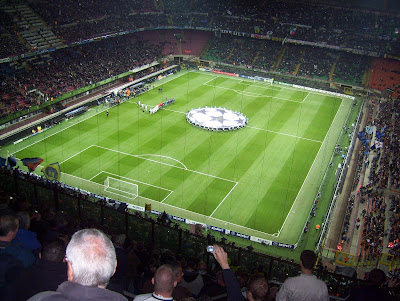 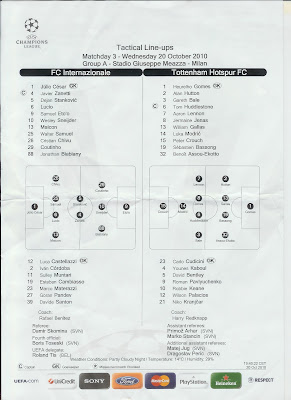 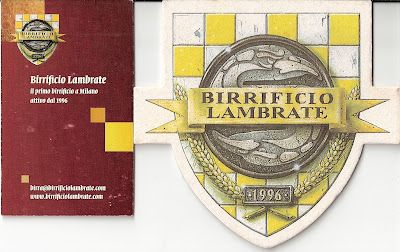