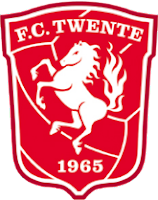 Enschede is a municipality and city in the eastern Netherlands in the province of Overijssel and in the Twente region. The municipality of Enschede consisted of the city of Enschede until 1935, when the rural municipality of Lonneker, which completely surrounded the city, was annexed after the rapid industrial expansion of Enschede which began in the 1860s and involved the building of railways and the digging of the Twentekanaal. During the Second World War Enschede was one of the first Dutch cities to be captured by the Germans, being the city closest to Germany. 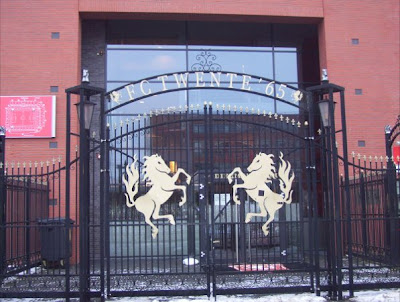 FC Twente was formed in 1965 by the merger of 1926 Eredivisie Champions, Sportclub Enschede and Enschedese Boys. They are the current holders of the Eredivisie championship. De Grolsch Veste (The Grolsch Fortress, previously known as Arke Stadion) is the stadium of football club FC Twente. It is located at the Business & Science Park, near the University of Twente. The stadium has an all-seated capacity of 24,000. 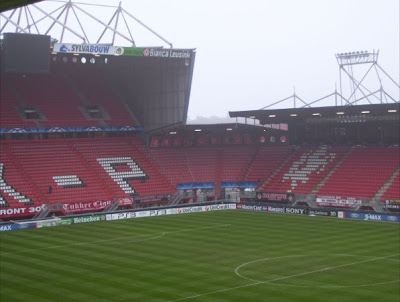 Having travelled by plane to the three previous Champions League away matches this season, it was good to be able to explore a different option for this trip. For an inclusive price of 100 Euros return, we were able to travel by train from London. Our Eurostar service to Brussels was delayed by a power failure on Belgian Railways, which meant a lengthy delay at Calais. In Brussels we had an hour before our connecting train and so a couple of glasses of Jupiler at a nearby café assisted in using up the time. 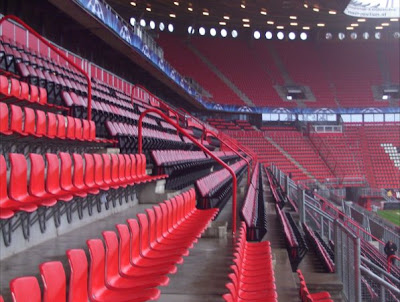 After Brussels, further changes at Schiphol and Utrecht facilitated our arrival at Enschede. Our hotel was located at the University of Twente; no more than 20 minutes walk from the stadium and the adjacent railway station (Enschede Drienerlo). There are four trains per hour in each direction connecting this local station with the main central station in Enschede. Having checked in to the hotel, it was time to explore the centre of this relatively small city. 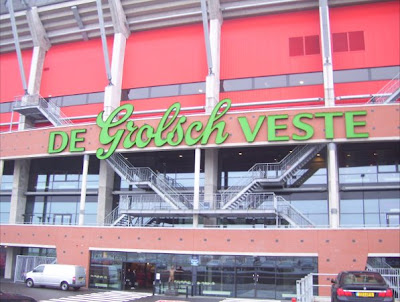 Just off the Main Square, we chanced upon Café Het Bolwerk. This quirky old-fashioned establishment has a very good selection of beers. This Pieman was relaxed in sampling De Koninck, La Chouffe, Leffe and Hertog Jan Weizener. Later on, back at the university campus, Vestingbar is run by the student society. I believe it is fair to say that the music here can be a tad loud, but hey! the selection of quality beers and cheap prices make this venue a very attractive alternative to the bars in town. 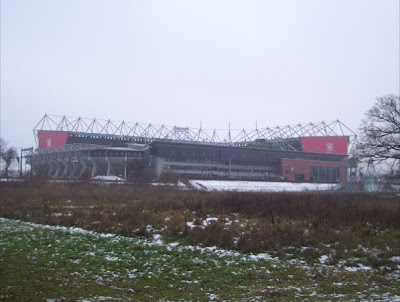 On the morning of the match, this Pieman was able to gain access to the stadium and managed to take some photographs. I rather liked the stadium, the pitch is elevated but the design ensures a good view of proceedings from all areas. It was also good that the away section, apart from see through panels at the sides, had no obstructions at the front. 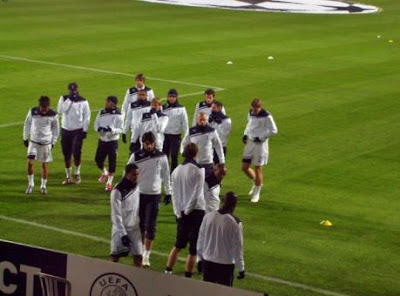 Prior to the match we were fortunate to chance upon De Huifkar, a small restaurant away from the main, by now busy, central area of town. The buffet menu is to be recommended and is excellent value at 7.25 Euros. Up until now, Spurs had been involved in some high scoring encounters in the Champions League and this match was to be no exception as they led on three occasions only to be pegged back by a determined home team. This 3-3 draw meant that eight matches including the qualifying legs had produced 40 goals! 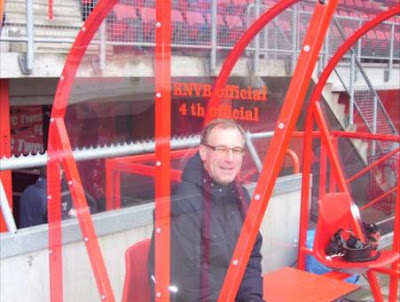 Following a brief lock in for the visiting support at the ground, it was good to get the circulation moving on a bitterly cold evening. The walk back to the students bar was brisk in anticipation of getting back to a warm environment and some quality ale. The following day a couple of train connections to Brussels allowed time for a decent lunch, washed down by a couple of obligatory beers before boarding our return Eurostar service to London. 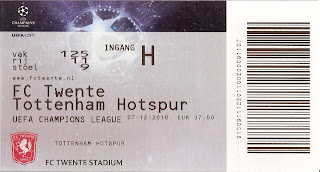 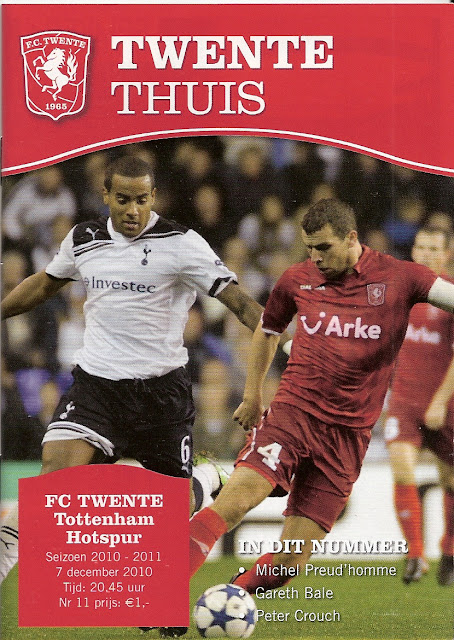 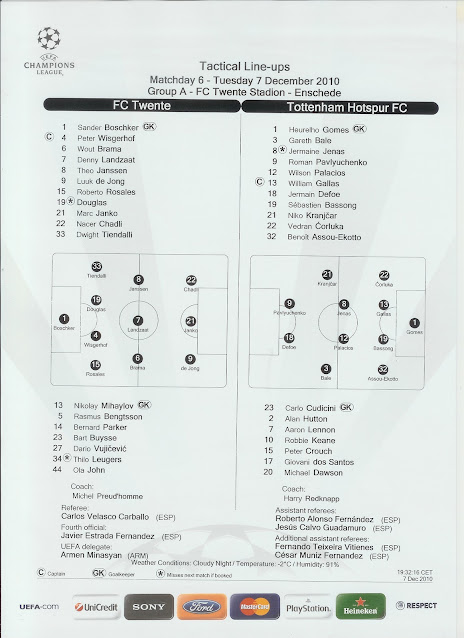 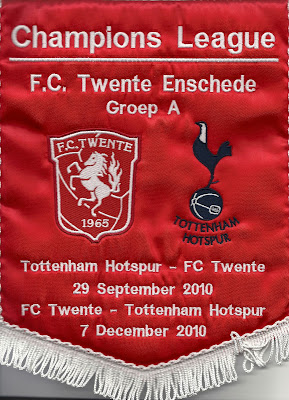