Fleetwood is a town within the Wyre district of Lancashire, lying at the northwest corner of the Fylde. For most of the 20th century, Fleetwood was a prominent deep-sea fishing port, but, since the 1970s, the fishing industry has declined precipitously and the town has undergone economic difficulties. Fleetwood is also a seaside resort, serving as a quiet contrast to nearby Blackpool. Fleetwood lies at the northern end of the Blackpool Tramway. It is about 12 miles from Fleetwood to the southern terminus at Starr Gate, and about 8 miles to Talbot Square, Blackpool. 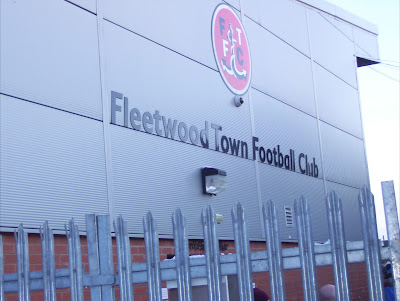 Fleetwood Town FC was officially established in 1997 but, in two previous incarnations, the club's history dates back to 1908. Highbury Stadium, next to The Memorial Park, has been the home of football in the town since 1934. Following promotion last season, Fleetwood Town FC is now enjoying playing at the highest level of non-league football, with substantial ground development matching further ambition by the club. 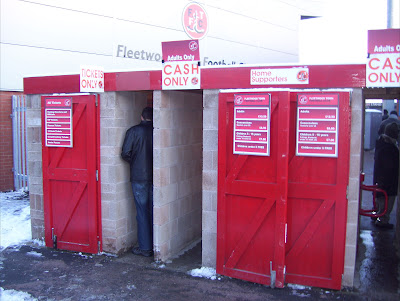 Our visit to this match was intended to be the first part of a weekend double-header, with the Blackpool v Spurs match on the Sunday being the second part. We left Cambridge just after 10:00 am and despite intensive media reports of severe adverse weather across the UK, we had a relatively straightforward journey via the A1 and M62. 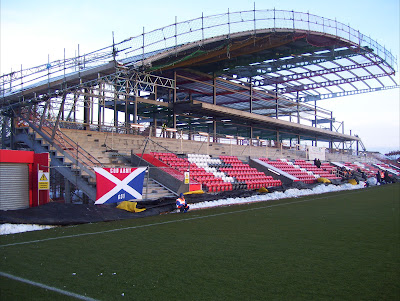 It was just as we were arriving at Fleetwood (we had just passed the Fisherman’s Friend factory – Ed) that we received the news that our Bloomfield Road experience had been called off. However, not for the first time, Fleetwood Town FC was able to stage their match when others could not. On this occasion, only 10 games in the four divisions above took place. This underlines the facilities and tremendous effort put in by the club and volunteer fans. 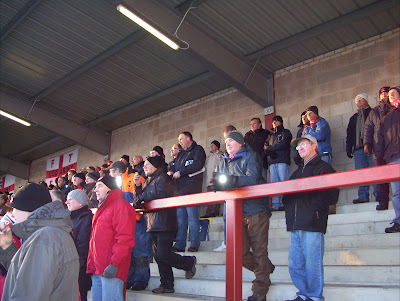 The club has invested in good quality pitch covers and after the army of volunteers helped clear the snow; the foresight was again justified. After a couple of pints in the social club, there was just enough time to grab some warming fish and chips from the conveniently located Highbury Chippy, just across the road from the ground. 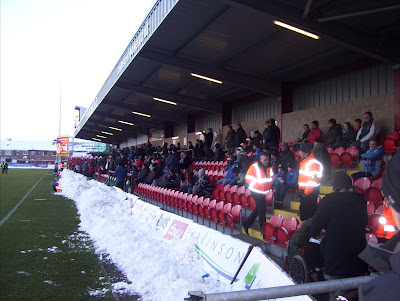 The club plays at Highbury Stadium and play in red shirts with white sleeves. However, this Pieman was not going to allow this detail to spoil his afternoon entertainment! The stadium is undergoing tremendous redevelopment with a smart new stand taking shape along the Memorial Park side. There is covered terracing at each end and an established seated stand along the majority of the other side. 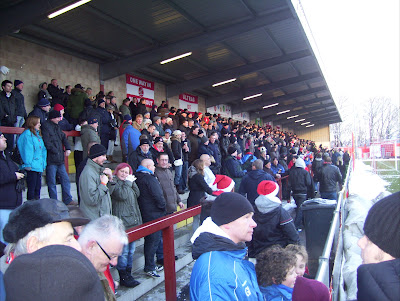 Newport County has tremendous travelling support but clearly the adverse weather conditions had a massive effect on their attendance for this match. I counted no more than 25 spectators at the visiting end of the stadium. A steward told me at half time that many from Wales were stuck on the M5 in the Birmingham area. Despite the arctic conditions, both sides were able to demonstrate why they are having a good season. The quality of football was good and I was pleased to hear complimentary comments from the home support about Newport’s positive style of play. 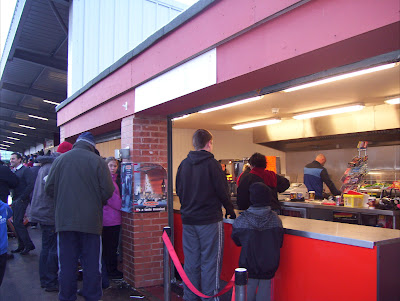 Fleetwood took the lead on 21 minutes through Magno Vieira but Robbie Matthews made amends for Craig Reid's missed penalty, when he levelled on 76 minutes. A draw was most certainly a fair result between two decent teams although the last half an hour of this match certainly had one looking forward to a nice warm car. We were fortunate to avoid any traffic congestion on our return to Cambridge and my onward train journey was also trouble free. Remarkable on such a day of widespread disruption! 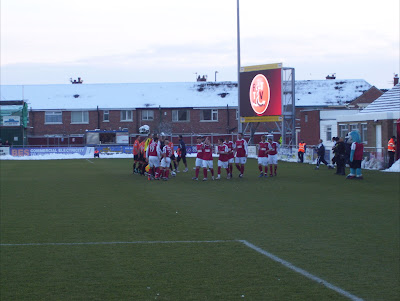 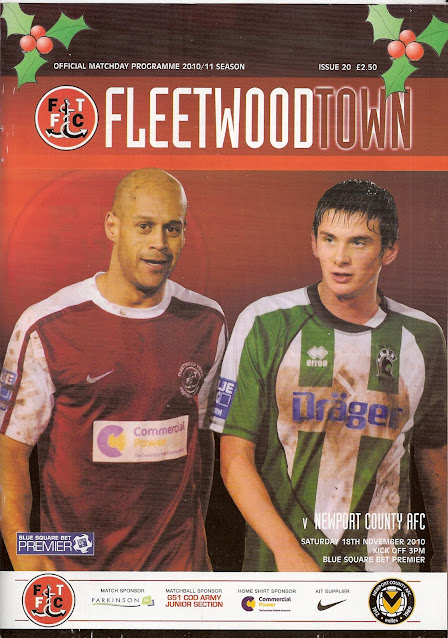 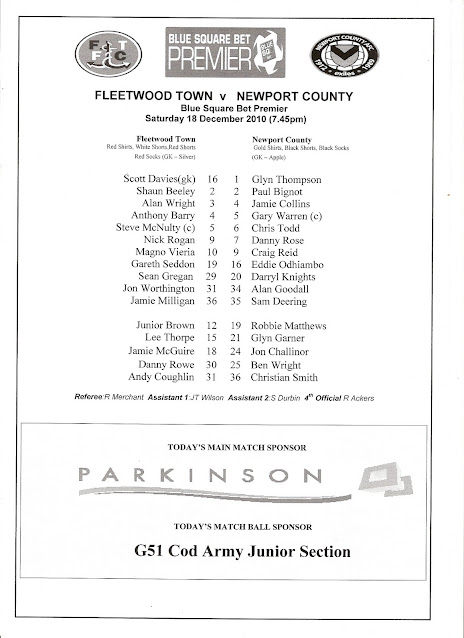