In the 1960s, the UK Government decided that a further generation of new towns in the South East was needed to relieve housing congestion in London. Studies identified north Buckinghamshire as a possible site for a large new town, encompassing the existing towns of Bletchley, Stony Stratford and Wolverton. The name "Milton Keynes" was taken from the existing village of Milton Keynes on the site. The site was deliberately located equidistant from London, Birmingham, Leicester, Oxford and Cambridge with the intention that it would be self-sustaining and eventually become a major regional centre in its own right. 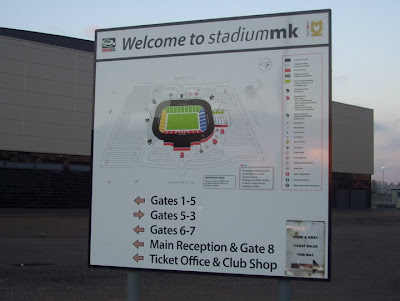 The well documented evolution of Milton Keynes Dons FC has been controversial and I’m not going to reopen that debate. It is good to see a thriving AFC Wimbledon sitting proudly at the top of the non-league tree and although many will always (quite rightly) feel the pain over what happened, I wanted to visit stadiummk to keep on track in my attempts to recomplete ‘the 92’. 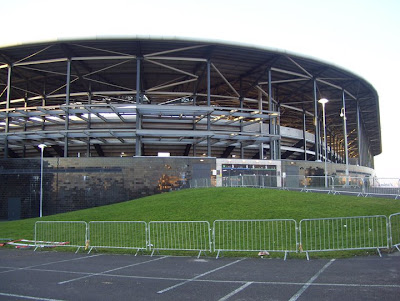 I travelled by train from London Euston to Bletchley and made my way straight to the stadium in order that I could take some photographs in the daylight. It is not far to walk and I would estimate no more than a 20 minute stroll from Bletchley railway station. Like many new builds, the stadium is situated in a retail park, with both ASDA and IKEA in close proximity. 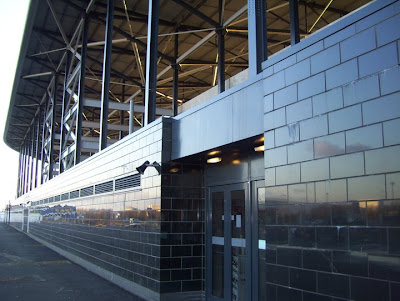 Oaksey, a hopping colleague, was also attending this match and following advice from the ever informative MK Gould, had parked his car at ASDA. Having purchased match tickets for the corner section nearest to the vehicle, it was time for a refuelling exercise. We went to the ASDA restaurant, where we enjoyed fish, chips and mushy peas, washed down with mugs of tea. 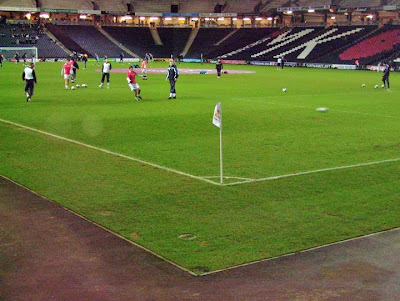 Stadiummk has been very well designed. Our seats offered an excellent view of the entire arena. The rake of the seating ensures that the view is not hindered by people sitting in front. The upper tier of the stadium has not been completed and with England missing out on their bid to stage the 2018 World Cup, it may be a while before seats are added to this area and the work is finalised. 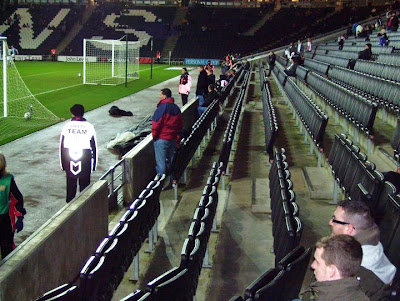 On a chilly evening, it is fair to say that this match was not the liveliest affair that I have witnessed this season. MK Dons, occupying a play-off position, never really got into their stride. By contrast, the visitors will have been delighted to come away with points, secured courtesy of three superb goals. The pick off the bunch being the second, a long-range effort crashed in off the bar. David Lockett will have been very pleased. 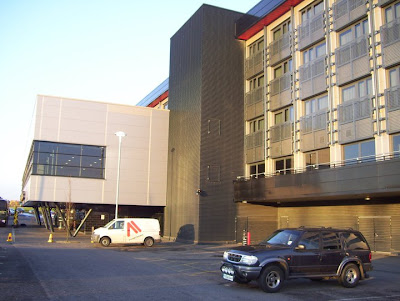 Within a couple of minutes of the final whistle, we were in the car on our way unhindered to the M1. Via the M25 and A10, this Pieman was back home in Cheshunt at around 10:50. All in all this was a decent trip to a new venue. A very easy place to get to by train or car. As to the future prospects of the club, it will be interesting to see if they can progress. Yes there is an enormous catchment area, but that alone is not always enough to attract regular support. 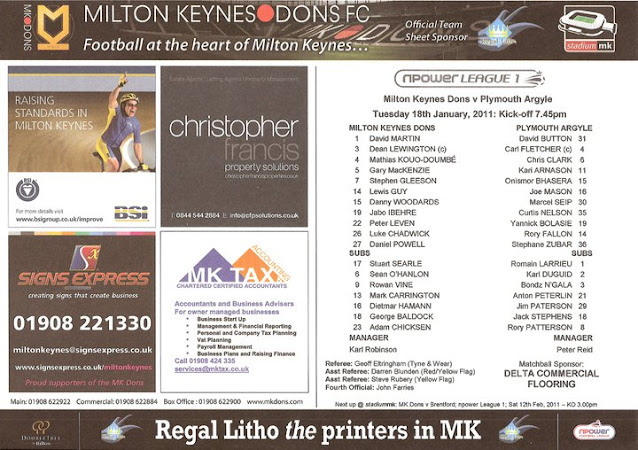 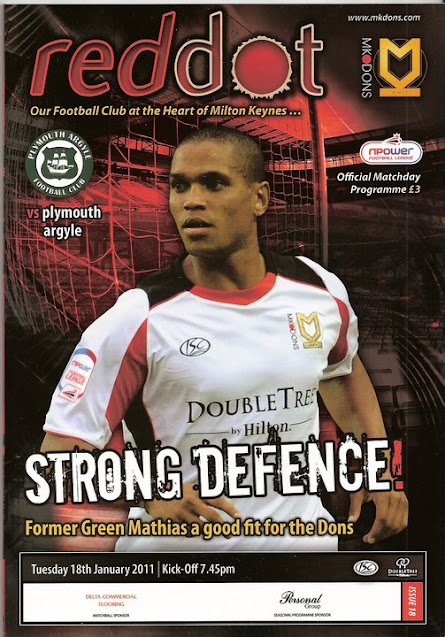