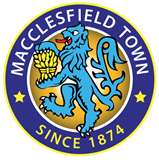 Macclesfield is a market town in Cheshire. It is thought that Macclesfield got its name from "Michael's field" - referring to St Michael, as in St. Michael's church. A person from Macclesfield is sometimes referred to as a "Maxonian". In the uprising of 1745, Charles Stuart and his army marched through Macclesfield as they attempted to reach London. The Mayor was forced, reluctantly, to officially welcome the Prince, and this welcome is commemorated in one of the town's famous silk tapestries. At one point, Macclesfield was the world's biggest producer of finished silk; now, the four Macclesfield Silk Museums display a huge range of information and products from that period. Peter Crouch, the legendary Tottenham Hotspur striker, like the silk, is an export from Macclesfield.

Many years ago (31 August 1987 - Ed) this Pieman attempted to visit Moss Rose, the home of Macclesfield Town FC. He was feeling rather pleased with himself, having persuaded a couple of Chelsea fans, heading for Old Trafford, to drop him off en route. However, the Chelsea vehicle failed to get any further than the M25 leaving this Pieman and his Chelsea chums in need of a tow truck rescue. A second vehicle was pressed into service later, but with time at a premium, we found ourselves at Barnet v Welling United instead. 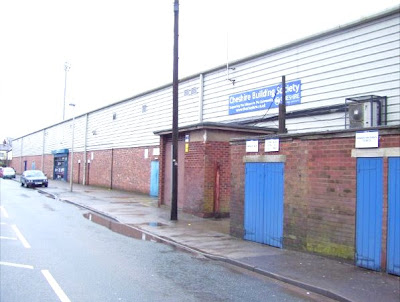 Some 23 years later, I eventually managed to get to Moss Rose. Spurs had a spare weekend and whilst they jetted off to warmer climes for a break, this Pieman, courtesy of Virgin trains, headed for Cheshire. An early start to facilitate cheap train tickets meant arriving in the town of silk before 09:00. The conveniently located Wetherspoon outlet 'The society Rooms' was already open for business and both Ciderman and I enjoyed large breakfasts (always a good start to the day – Ed). I don’t know about you, but I always find I get a thirst when eating in these establishments. This was soon quenched with a fine pint of Kennet Valley (4.1%) from the Ramsbury Brewery. I supplemented this with a good pint of Dinting Arches (4.5%) from the Howard Town Brewery. 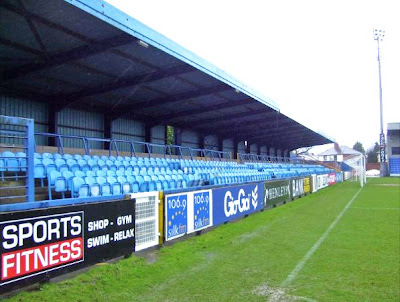 Later in the morning we took the opportunity to take a short walk up to the ground (I would estimate less than a 20-minute walk from the railway station – Ed). The photographer’s delight, an open door, greeted us on arrival and this Pieman was able to get some early pictures. Whist wandering, I took the opportunity to chat with the ground staff, who were busy removing surface water from the pitch. It was certainly playable at that stage, but there was a concern that a further spell of rain would put the match in doubt. A match at Moss Rose earlier in the month had been lost in similar circumstances. Courtesy of an offer in a tabloid newspaper, we were able to buy two tickets for the match for a combined price of £9.50. Having secured these, we took the opportunity to pop back down the hill to the Railway View, where by coincidence a beer festival was taking place over the weekend. My first choice here was Silk of Amnesia (4.7%) from the Macclesfield based Storm Brewing Company. This was followed by an old favourite of mine, Bitter and Twisted (3.8%) from the Harviestoun Brewery. 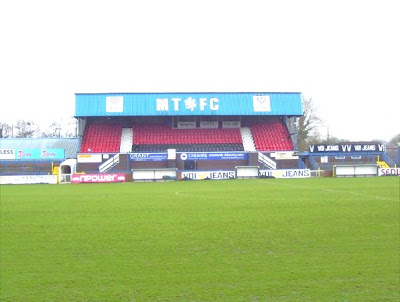 Moving on, a short walk took us to The Dolphin Inn, where I enjoyed a fine pint of Robinson’s Unicorn Bitter (4.4%). Macclesfield is part of Robinson’s territory and for me this reliable good quality ale. At this hostelry, like the previous one, we were able to watch Swansea City v Leeds United on TV. However, on this occasion the satellite transmission came from an Italian TV channel with appropriate commentary – different! 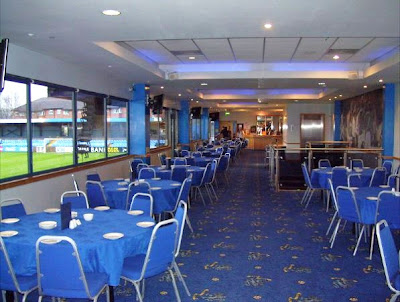 Moss Rose certainly has character as these photographs will testify and it is a pleasure to visit such venues. Many of today’s modern stadiums are bland and often similar in design. Moss Rose, by contrast, blends old with new. On one side is a modern seated stand with the club admin and corporate facilities housed within. On the opposite side is the smaller original looking grandstand with terracing. Behind one goal is an open terrace, whereas the other end has a terraced standing area behind a seating area. 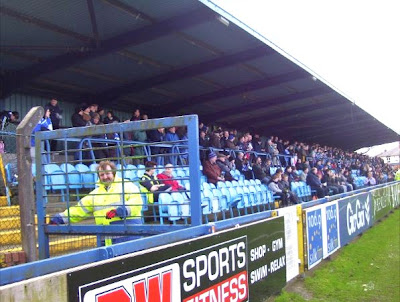 Our tickets were for this end, the Star Lane Terrace but we opted to move along the side and stood on the London Road Terrace, immediately in front of that fine old stand. Visitors, Wycombe Wanderers, having a very good season under Garry Waddock, occupied 2nd place in the table. Macclesfield Town, struggling to stay out of the relegation places, had won their previous two matches. This encounter promised to be a close affair and so it proved to be. 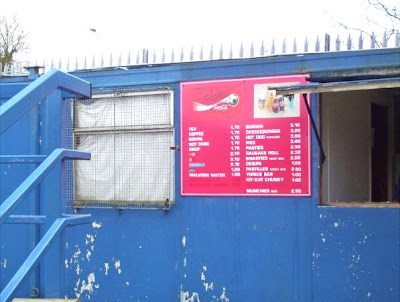 It was clear to see why Martin Stevens and the Chairboy's faithful are so pleased with their team. Wycombe's patient, crafted approach play was rewarded 5 minutes before the break by veteran Gareth Ainsworth’s close range volley. In the second period, the home side had chances to draw level but failed to make that breakthrough. At the end of the match, after 4 additional minutes had been announced, the majority of the players became involved in a mass brawl. Messrs Sappleton and Sinclair of Macclesfield were red carded along with Wycombe’s Winfield for their part in an explosive incident not in keeping with the previous 90 minutes. 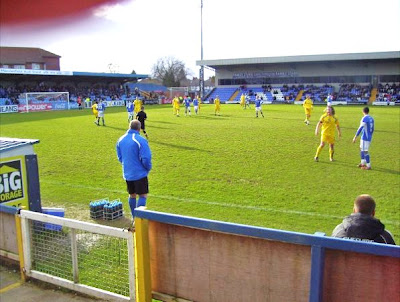 After the match we headed back down the hill, stopping off at The Albion, where another pint of Unicorn hardly touched the sides! At the Three Crowns, there was also time for a decent pint of Holt’s Bitter, completing my liquid intake for the day. A further purchase of fish and chips near the last pub was consumed on the 17:56 departure to London Euston. 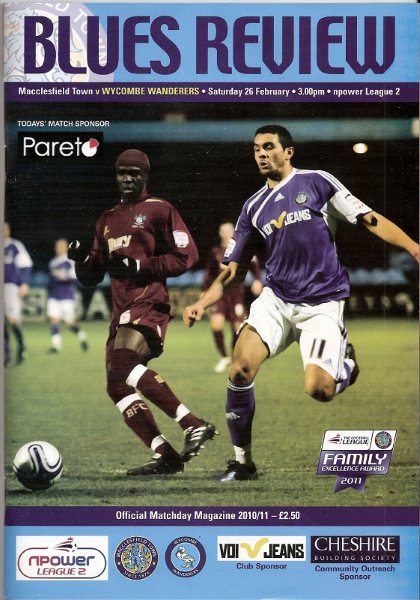 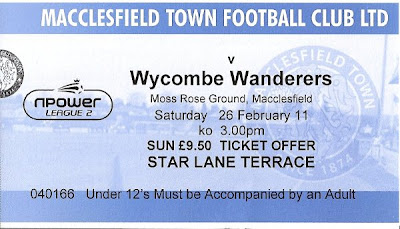 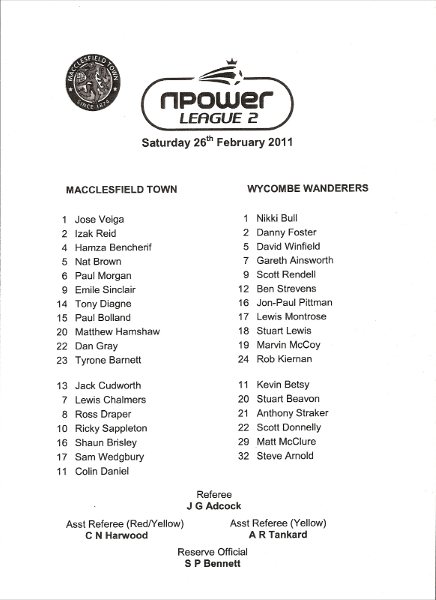