Cardiff is the capital and largest city of Wales. The city is Wales' chief commercial centre, the base for most national cultural and sporting institutions, the Welsh national media, and the seat of the National Assembly for Wales. Until the Roman conquest of Britain, Cardiff was part of the territory of the Silures – a Celtic British tribe that flourished in the Iron Age – whose territory included the areas that would become known as Breconshire, Monmouthshire and Glamorgan. The National Assembly for Wales has been based in Cardiff Bay since its formation in 1999. The building, known as the Senedd was opened on 1 March 2006, by Queen Elizabeth II. 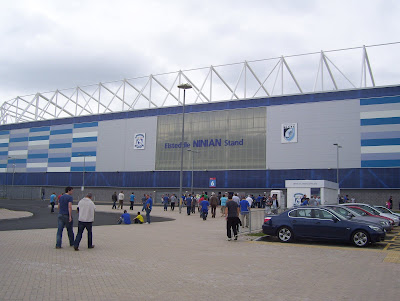 Cardiff City Stadium was built on the site of the former Cardiff Athletics Stadium and forms part of the larger Leckwith Development. The stadium was officially opened on 22 July 2009. Owned and operated by Cardiff City FC, the stadium also hosts the home matches of the Cardiff Blues rugby union team. The stadium is situated only a few hundred yards away from the site of Cardiff City FC's former base, Ninian Park. This Pieman first visited that venue in September 1977.

This particular match was selected for live TV coverage with a 12:35 kick off. Having established that it was possible to get there by train on the day, in time for this early slot, it was “all systems go”. The 07:57 departure from London Paddington, arrived at Cardiff at 10:50. A longer journey than usual due to engineering works and being routed via Bath and the outskirts of Bristol. 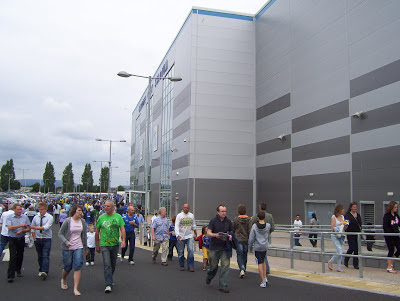 En route to the ground, this Pieman enjoyed a couple of pints of the locally brewed Brains Bitter (the brewery is behind the railway station – Ed) at The Grange on Penarth Road. This pub is apparently haunted in the cellar by Sid Trickett, a landlord of some 50 years ago. Factoring in this necessary refuelling stop, I would estimate a walk of between 15-20 minutes from Cardiff Central station to the stadium. Whichever route is taken, it will involve crossing the River Taff, which runs alongside the impressive Millennium Stadium. 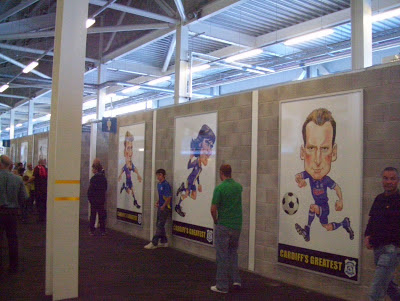 Ninian Park may have been a ground steeped in history and character. It certainly looked and felt like a traditional old football ground. However, the place had seen better days and was ‘falling apart’. The new place by contrast, is impressive. It does not appear to have any unique features but in terms of facilities, comfort and a decent view, it is streets ahead of the previous venue. I was also impressed by the quantity of viewing areas afforded to disabled spectators. 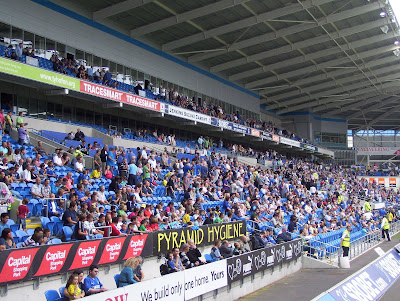 Visitors Sheffield United took the lead in this Championship encounter, courtesy of a 24th minute strike by Welshman Ched Evans. United looked comfortable and likely to add to their tally. However, within ten minutes Matthew Lowton was red-carded for the visitors after a challenge on Kevin McNaughton. This gave City the initiative and they were eventually rewarded when Michael Chopra, on the right of the penalty area, skipped past Steve Simonsen and kept his cool to pick out Jay Bothroyd who showed great composure to volley side-footed past three covering United defenders to level. 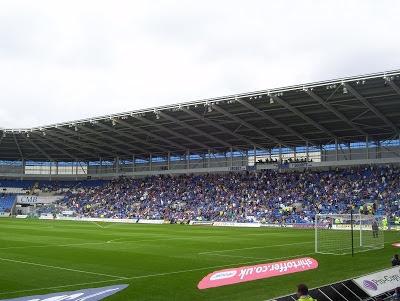 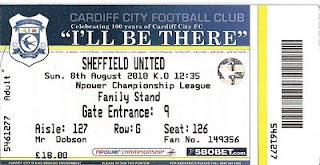 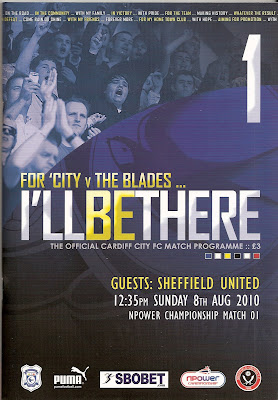 Subesquent visits to this venue