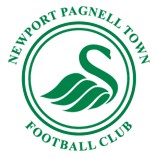 Newport Pagnell is a town  in the Borough of Milton Keynes It is separated by the M1 motorway from Milton Keynes itself, though part of the same urban area. Newport Pagnell services on the M1 are named after the town. At one time, Newport Pagnell was one of the largest towns in the of (the assizes of the County were occasionally held there) though today, despite its own substantial expansion, it has been completely dwarfed by the growth of . There were also at one time two hospitals in Newport Pagnell and six fairs were held for the townsfolk throughout the year. 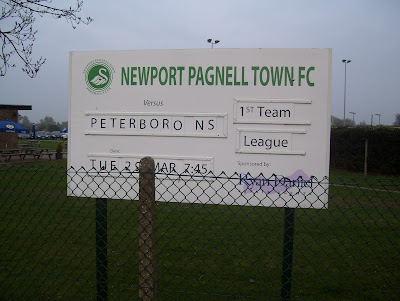 The Swans were founded in 1963 as Newport Pagnell Wanderers. In 1964 they joined the North Buckinghamshire Football League, winning the Division Three shield at their first attempt. When the only other local team (based at the Aston Martin works) folded, many of their players joined the Swans, who won Division Two and then One in successive seasons, before becoming the almost unbeatable champions for three seasons. In 1972 the Swans joined the South Midlands League, playing at youth club facilities before moving to the current Willen Road ground. At the same time the name changed from Wanderers to Town and in 1973 joined the United Counties Football League. 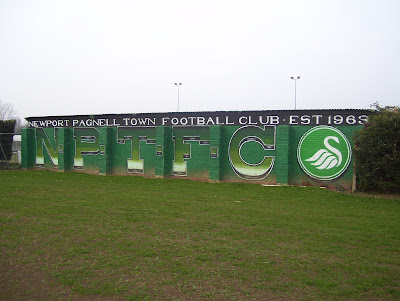 This midweek jaunt to Buckinghamshire was facilitated by a car journey. The directions on the club website are accurate and having left the M1 at Junction 14 it was a relatively short journey to the ground. We arrived a little under one hour prior to the scheduled 19:45 kick off. The return of British Summer Time a couple of days previously was very welcome as it assisted in getting the required photographs. 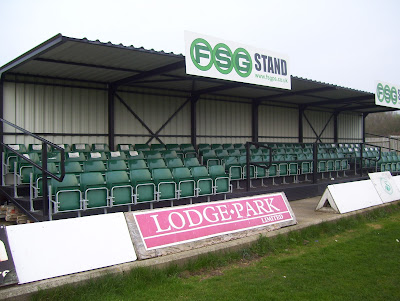 Conifers border most of the ground and these trees had been cut in height recently, providing a fresh pine aroma on a mild evening. Both sides of the ground feature small covered seated stands, whereas both ends have no cover at all. Behind one of the goals is the solitary turnstile and pay hut. 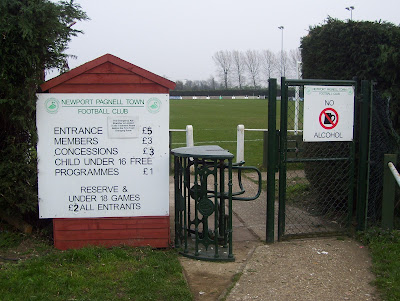 The clubhouse and changing room complex is set back from behind this end, adjacent to the car park. The licensed bar boasts three large TV screens and on this particular evening, the England v Ghana match at Wembley was being shown. In addition to the usual crisps and nuts, tea and coffee was also available here but no food was sold. I understand that rolls are usually available. 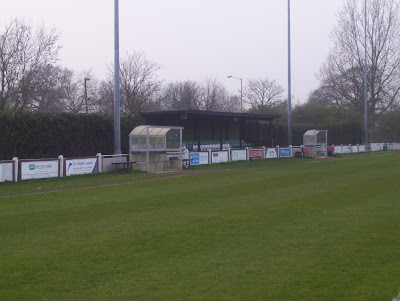 The match proved to be a decent encounter and this neutral believes that Peterborough Northern Star were unlucky not to have got something from the match. The club, that can trace it origins back to both the Northam and Star Brickworks, took the lead after 18 minutes with a fine goal from the left flank by Josh Moreman. 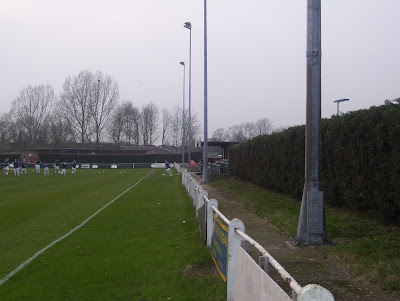 The home side's Daren Dykes levelled from the penalty spot a couple of minutes after the break and claimed all three points in the 89th minute with a splendid goal from Darren Lynch, when the ball was lifted over the keeper. A prompt getaway on the final whistle ensured a smooth return journey. I was back home at Cheshunt at around 23:00. 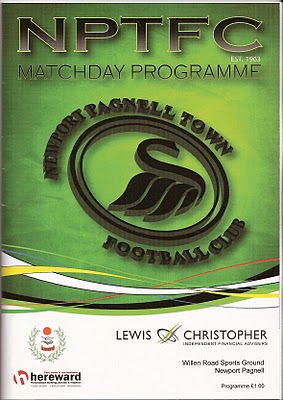