Sandhurst is situated on the River Blackwater in the south east of the Royal County of Berkshire, close to the boundaries of Hampshire and Surrey. It is a town of about 7,500 houses and 22,000 inhabitants. The place is now best-known as the home of the Royal Military Academy. It was established in the parish as the Royal Military College in 1813, when moved from Great Marlow. In 1946 it was merged with the RMA at Woolwich. Sandhurst now has nine public houses, the oldest being the Rose and Crown in the High Street. 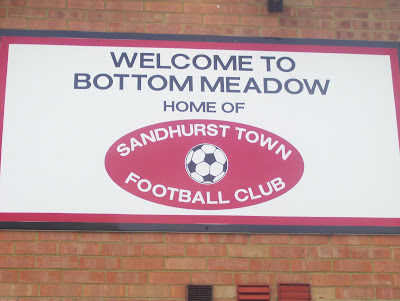 Sandhurst Town FC was formed in 1910 and played in the Reading & District League until 1979. Gradual progression via the Aldershot & District Football League and the Chiltonian Football League saw the club gain senior status in 1990 at the time of being accepted into the Combined Counties Football League. 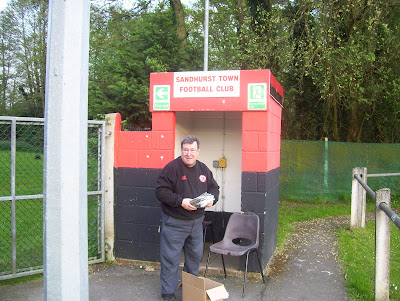 This midweek jaunt to Berkshire presented a number of options on how to reach Sandhurst by train. From London I could have travelled via Reading or Wokingham, but instead I chose to the Farnborough connection. This involved catching a train from Waterloo to Farnborough Main, then walking to Farnborough North station. I timed this walk at 13 minutes, an exercise that would prove worthwhile after the match. There is an hourly service from North station to/from Sandhurst, two stops towards Reading. 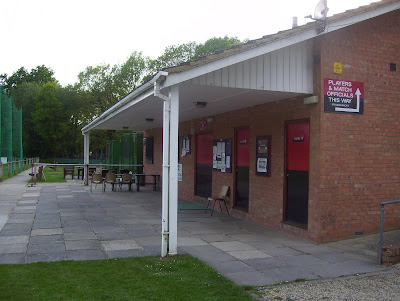 I had a while to wait for my connecting service which facilitated a visit to the Prince of Wales, one of two public houses in the village surrounding the station (the Imperial Arms is being refurbished – Ed). This Pieman’s choice of Hophead from the Dark Star Brewery was refreshingly rewarded. 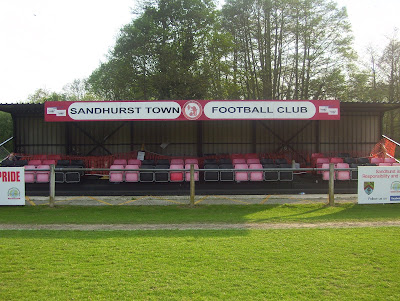 Bottom Meadow is a ten-minute leisurely stroll from Sandhurst station. Effectively along one straight road. However, Yorktown Road is far from straight as it meanders through the town. The ground is surrounded by fences and on one side is also bordered by the railway embankment. There is a small seated stand on the railway side. However due to an arson attack only the front two rows are available for seating. 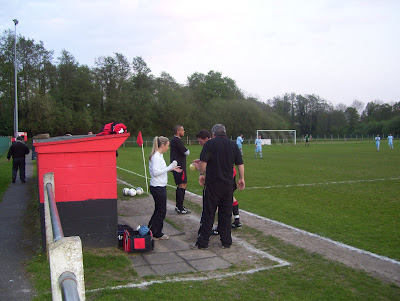 The clubhouse building is behind one of the goals, containing changing facilities, toilets and a refreshment area which includes a licensed bar. The dug outs are on the opposite side to the stand. For an end of season encounter, I thought this to be a decent match considering the hard state of the playing surface. The first period was goal free until a minute before the break when Ross Hogston put Sandhurst ahead. 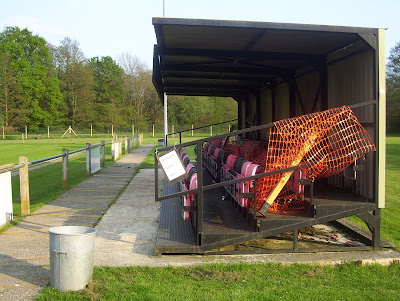 Visitors Molesey levelled a few minutes after the break through Riggon and took all three points courtesy of a 75th minute penalty converted by Luke Elliot. The 21:52 from Sandhurst enabled me to take advantage of that Farnborough interchange and I was able to catch the 22:16 Waterloo service from Farnborough main. Via the Victoria line I was back at Cheshunt for midnight on a day when all my travel plans fell into place. 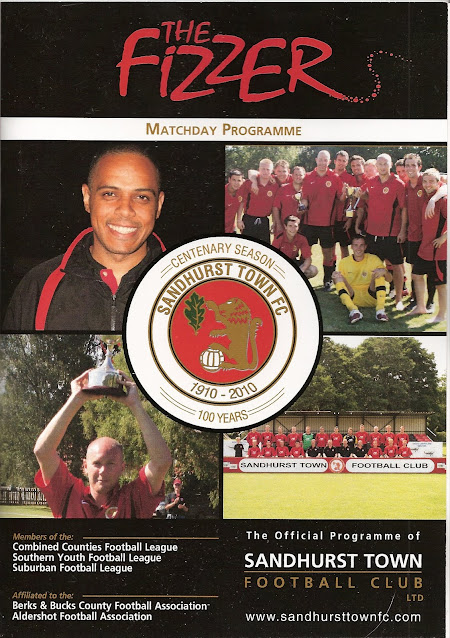