Huntingdon was founded by the Anglo-Saxons and Danes. Mentioned in the Anglo-Saxon Chronicle, it seems that it was a staging post for Danish raids outside of East Anglia until 917, when the Danes relocated to Tempsford, before being crushed by Edward the Elder. It prospered successively as a bridging point of the River Great Ouse, as a market town, and in the 18th and 19th centuries as a coaching centre, most notably The George Hotel. The town has a well-preserved medieval bridge that used to serve as the main route of Ermine Street over the river. The bridge only ceased to be the sole crossing point to Godmanchester in 1975, with the advent of what is now the A14 bypass. The town lies on the north bank of the River Great Ouse, opposite Godmanchester and close to the market town of St Ives in the east and the village of Brampton in the west. Huntingdon now incorporates the village of Hartford to the east, and the developing areas of Oxmoor, Stukeley Meadows and Hinchingbrooke to the north and west. 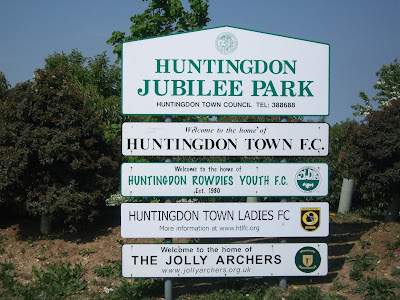 The current Huntingdon Town FC was formed in 1996. Prior to this, the club had been known as Sun FC and previously, the Montague. In resurrecting the name of the defunct Huntingdon Town FC, a football identity has been created for the town. Via the Cambridgeshire League, the club made good progress reaching the United Counties League in 2003. 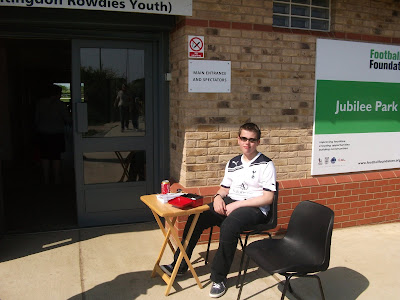 This was also the time that the club moved to Jubilee Park on the outskirts of town at Kings Ripton Road. Our Easter Monday jaunt to this location was facilitated by a drive of little over an hour from Cheshunt. Our route via Royston was relatively straightforward and we only encountered traffic during our brief time on the A14 from Godmanchester. 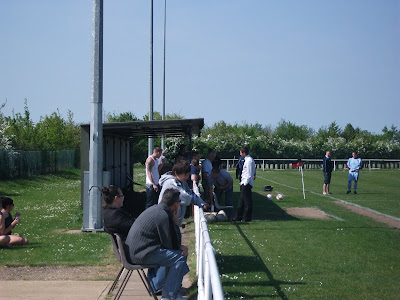 On arrival at the ground we were able to park in the enormous car park which is adjacent to the impressive clubhouse building. All facilities are housed within, including a licensed bar and a tea/snack bar. I believe it is fair to say that Jubilee Park is a ‘work in progress’. The only spectator facility is a covered standing area, immediately behind the dugouts. The ground is fully enclosed, but the open surrounding area meant it was quite exposed on what was a sunny but blustery day. 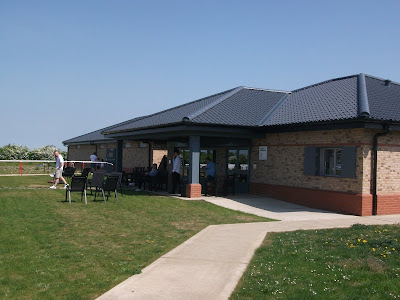 The home side had designs on finishing the season in a respectable 4th position and leading by two goals at the break, through Charlie Bowen and Daniel Drane, meant they were on course for the win that would greatly assist this quest. However, the introduction of the experienced Bourne Town manager Darren Munton, revitalised the visitors. His cross from the right was forced home by Alec Robinson just after the hour and his subsequent contributions almost brought about further counters. 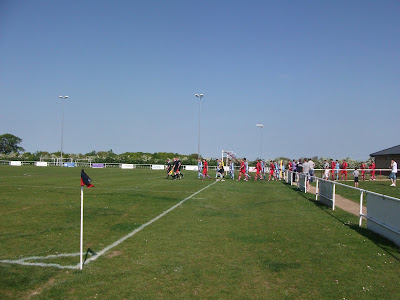 As it was, Huntingdon Town took the points with a narrow victory. Off the field as well as on it, the club is certainly moving in the right direction. The potential to improve the facilities at the ground is there. Like many clubs operating at this level though, support from the local community would enhance these prospects. A trouble free journey home enabled this Pieman to be indoors at 6pm. 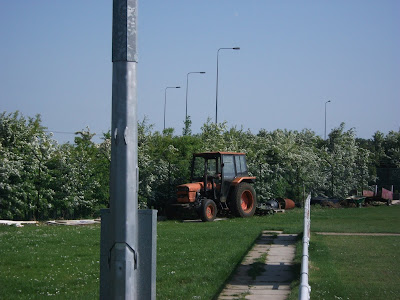 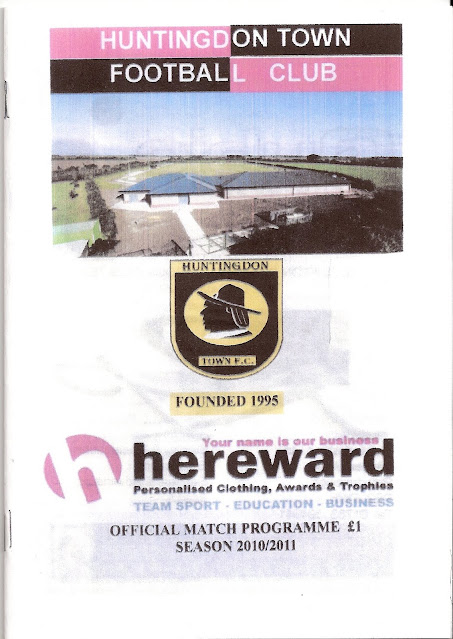