Chesterfield is a market town and a borough of Derbyshire, England. It lies 24 miles north of Derby, on a confluence of the rivers Rother and Hipper. Chesterfield began as a Roman fort, which was built around 70 AD. However by the early 2nd century the area was pacified and the Romans moved on. After the Romans left Britain the Saxons arrived. They called a Roman fort a caester and open land where animals grazed a feld. So the area around the fort was called Caester feld. In time the name changed to Chesterfield. Chesterfield is perhaps best known for the "Crooked Spire" of its Church of Saint Mary and All Saints. The spire is both twisted and leaning, twisting 45 degrees and leaning 9 feet 6 inches from its true centre. Paul Smith, webmaster of Spurs Odyssey is a notable resident of Chesterfield.

This Pieman had previously visited Chesterfield for a football match. On that occasion back in 1984, both Chris Waddle and Paul Allen made their debuts for Tottenham Hotspur at Saltergate in a pre-season friendly – a long time ago! With Chesterfield FC now residing at their new home, it was good to have an opportunity, facilitated by the international break, to visit the new place. 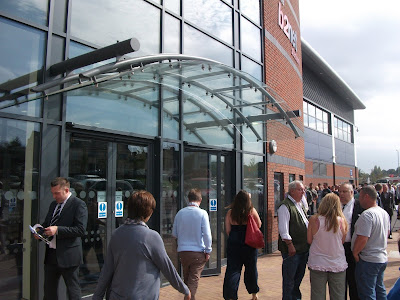 Our train from London St Pancras arrived at Chesterfield shortly before 11:00 and a short walk enabled us to visit the Spa Lane Vaults. At this Wetherspoon establishment, my first choice was Delilah (3.7%) from Maxim followed by Owd Bull (3.9%) from the Hereford Brewery. 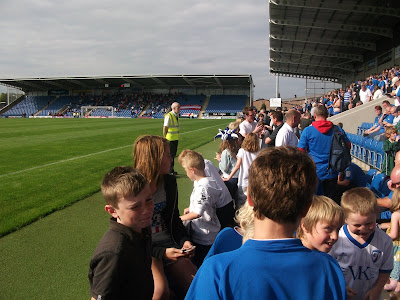 Prior to this hostelry the bells of Saint Mary and All Saints were ringing to celebrate a wedding and when we passed by en-route the nearby Rutland, a second ceremony was due to take place. Could be that Derbyshire couples are keen for their big day to involve that crooked spire?

At the Rutland this Pieman delighted in the Best Bitter (4.2%) from the Chesterfield based Brampton Brewery. From here it was off to the match. It took no more than 20 minutes to walk along Sheffield Road to the B2net Stadium. However, as an alternative there are plenty of buses that run along this route. 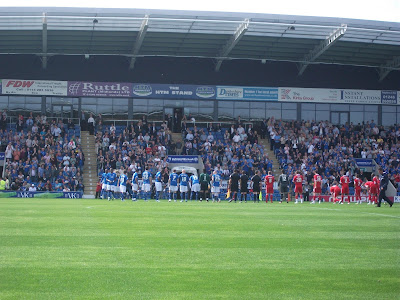 The new stadium is well appointed, with identical stands behind the goals. The stands along the side differ in that the main West Stand is a taller structure, housing the club administration and corporate facilities. Our view from the opposite East Stand was very good. Unfortunately, the match was not one of the best I have seen. Both Chesterfield and visitors, Leyton Orient are struggling this season and occupied the bottom two places in the table. The scoreless game presented Orient with their first point of the season and consequently Chesterfield doubled their tally. 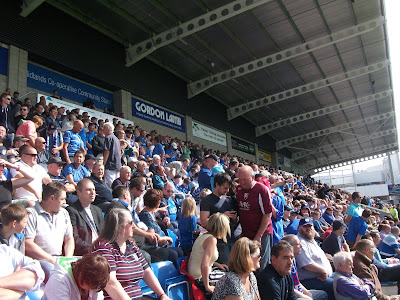 The match was crying out for a goal but it wasn't to be. After the match we adjourned to the splendid Derby Tup, just a couple of minutes walk along Sheffield Road. This is another quality ale house and Timothy Taylor Landlord did not disappoint (as ever –Ed). We caught the bus back to town and a revisit to the Rutland facilitated a couple of pints of Buxton Best (4.3%) from the Buxton Brewery. Our train back to London was conveniently timed at 19:39 and we were able to reflect on a fine day out. The match may not have been the most entertaining but the friendly locals and good ale more than compensated. 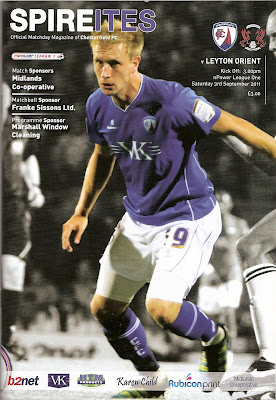 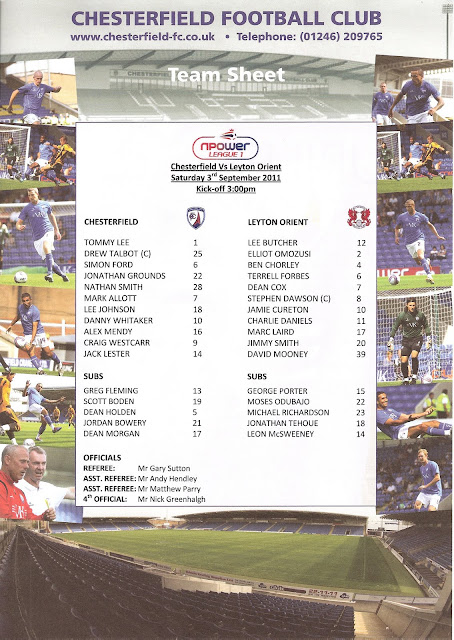 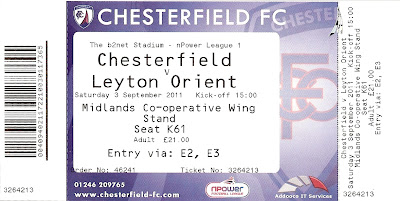 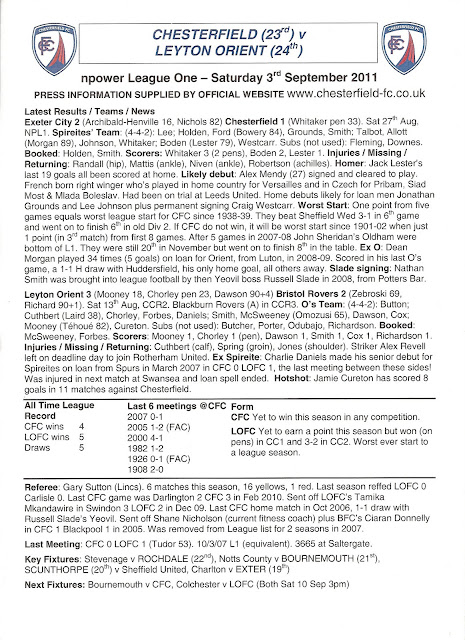