In 1846, the Morecambe Harbour and Railway Company was formed to build a harbour on Morecambe Bay, close to the fishing village of Poulton-le-Sands, and a connecting railway. By 1850, the railway linked to Skipton, Keighley and Bradford in the West Riding of Yorkshire, and a settlement began to grow around the harbour and railway, to service the port and as a seaside resort. The settlement expanded to absorb Poulton, and later the villages of Bare and Torrisholme. The settlement started to be referred to as "Morecambe", possibly after the harbour and railway. In 1889 the new name was officially adopted. Morecambe was a thriving seaside resort in the mid-twentieth century. While the nearby resort of Blackpool attracted holiday-makers predominantly from the Lancashire mill towns, Morecambe had more visitors from Yorkshire (due to its railway connection) and Scotland. Between 1956 and 1989 it was the home of the Miss Great Britain beauty contest. 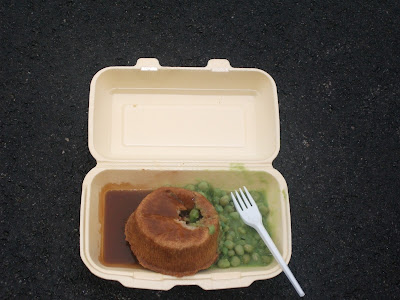 2009–10 was Morecambe's last season at their former home, Christie Park. This Pieman was privileged to have attended the last league match played at the previous venue. Within days of the end of the 2009-10 season, demolition of the stadium commenced and site clearance began. By mid August 2010 the superstructure of a new Sainsbury's supermarket occupied the spot where the stadium once stood. 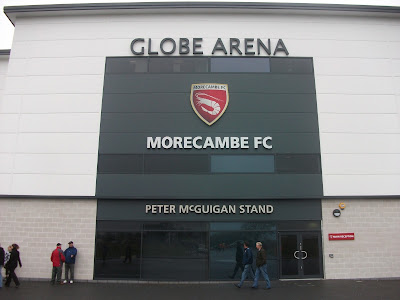 On that previous occasion, this Pieman opted to stand on the Paddock Terrace, in front of the Main Stand. Ciderman and I had already decided that we were going to have fish and chips from the almost adjacent shop, after the match. Accordingly, we did not avail ourselves of the tremendous food available from the serving hatch on the said terrace – something we regretted (although the fish and chips were great – Ed). 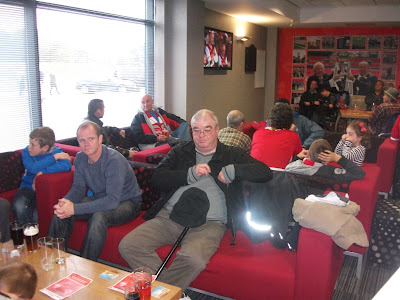 We caught the 07:30 Glasgow train from London Euston, arriving at Lancaster just before 10:00. From our previous visit, we knew that the public houses in Lancaster were good and opted to delay our onward journey to Morecambe. The large Wetherspoon breakfast was washed down by a few quality ales at previously visited hostelries. Old Faithful (4.0%) from the Tyrell Brewery was the pick of the bunch for this Pieman. 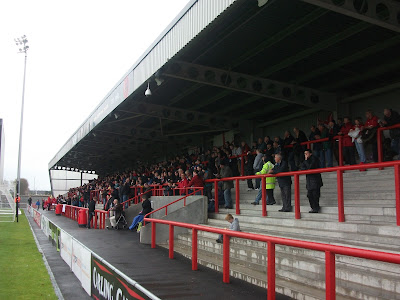 We then caught the 13:25, single carriage train service for the short 10-minute connection to Morecambe. This train was jam packed and appeared to contain the majority of the AFC Wimbledon fans that had opted to travel by train. On arrival at Morecambe, we strolled to the Globe Arena. The route, surprisingly not signposted, is fairly straightforward and took no more than 20 minutes. 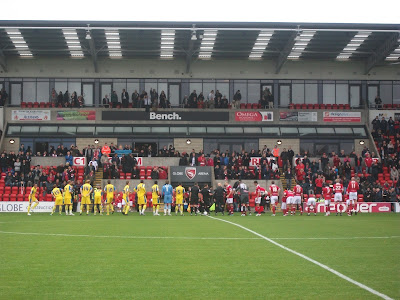 The Globe Arena, surprisingly for a new build perhaps, has terracing on three sides, with just the main stand being seated. Behind the goals are covered terraces and along the side is an open terrace, replicating the car wash terrace at Christie Park. The main covered stand runs the full length of the pitch and also houses the club administration and corporate facilities.


As for the match, Christian Jolley's late winner took AFC Wimbledon up to third in League Two as they beat promotion rivals Morecambe. Jolley hit the post early on for the Dons, who then won a penalty when Gary McDonald fouled Luke Moore, but Barry Roche saved Moore's powerful effort. Morecambe took the lead when Stewart Drummond finished following Laurence Wilson's cross from the left wing. Jack Midson levelled by drilling home a low shot from 18 yards and Jolley won it with a header in off the post.

We caught the 17:20 single carriage back to Lancaster before enjoying a further refreshment break in this fine city. Back into Euston for 22:45; a long but very enjoyable day out. The football was good with both teams attempting to play a passing game. £14:00 well spent by this Pieman! 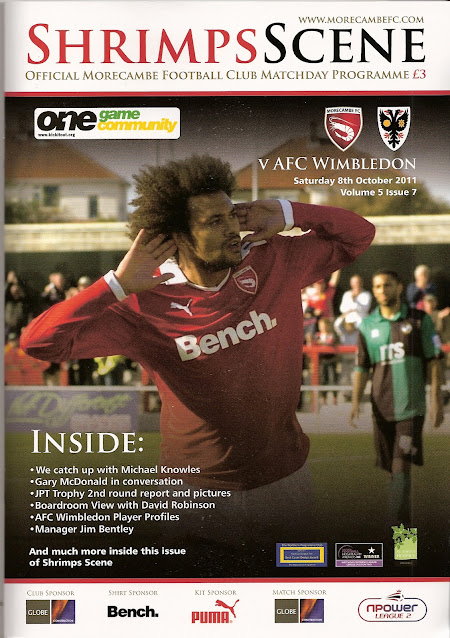 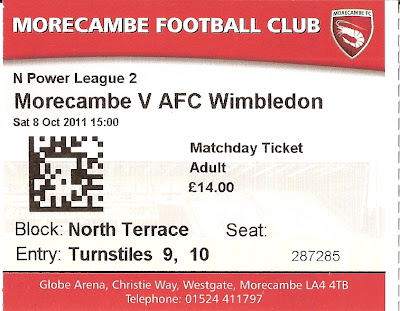 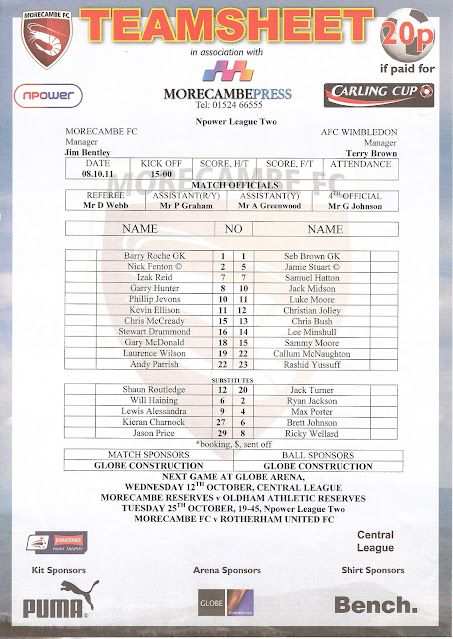