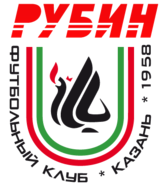 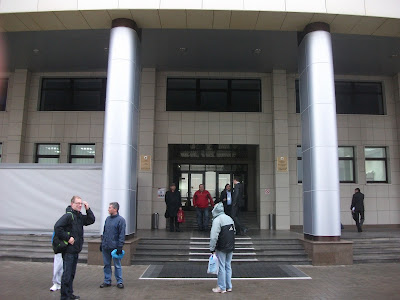 We reached Kazan via Moscow on connecting Aeroflot flights. Reaching our hotel in the early hours meant being able to spend the day of the match looking around the city. My first impression was that this place is one enormous building site (with not a lot of building work taking place – Ed). Many of the pavements are uneven or broken and you have to be careful to maintain your footing. 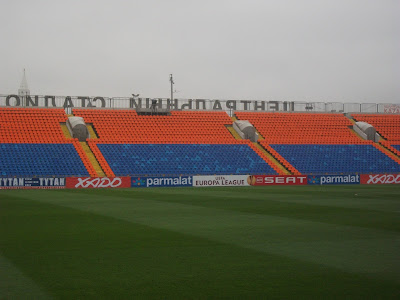 Having explored for a while, we were able to gain entry to the Central'nyj stadion Kazan' to have a look around and take some photographs in daylight. We were able to view the contained area where the visiting support would be housed, accepting that this would facilitate a poor view compared to elsewhere in the stadium. 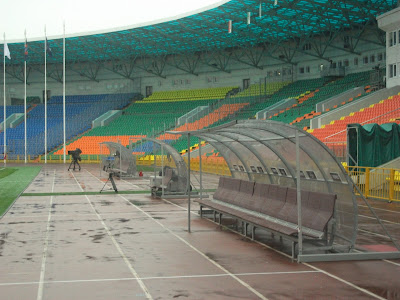 The nearby Mirage Hotel contains the Joker Bar, which apart from being a music venue and restaurant also doubles as a homebrew pub. This Pieman was pleased to be able to sample all three of the beers available. Helles 4.5%, Marzen 4.35% and Dunkel 4.4%. Quality brews with Marzen being my favourite on this occasion. It was important to get some solid refreshment before the match and we were delighted to locate Kazan Ashkane Chai Yorti. This busy café/restaurant serves hearty Tartar food at very reasonable prices. This Pieman indulged in beef dumplings in gravy, beef with mashed potatoes followed by a rather nice cross between custard tart and cheesecake. 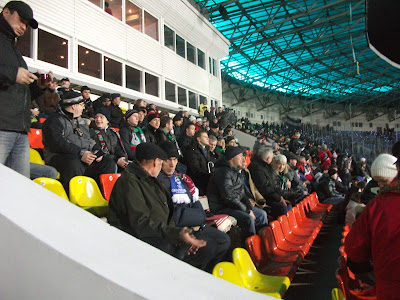 The stadium is typical of many foreign venues, in that the pitch is enclosed by an athletics track. Half the spectator areas are under cover. On entry to the stadium, we were informed that our tickets were not the visitors section (they were – Ed) and we were waved towards the central part of the main stand. We failed to challenge this assertion and opted to get a really good view of the match instead! The complimentary food in the press area was another welcome bonus, including more of that custard tart cheesecake. The home support were excited to witness a 1-0 victory over a scratch Spurs XI. A result that means qualification from this group is still undecided. 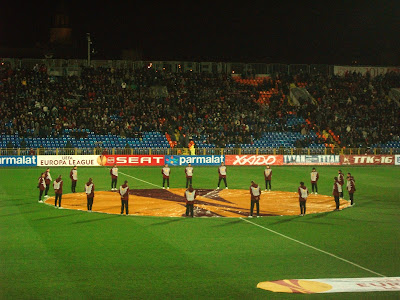 On arrival in Kazan, we had travelled to our hotel by Taxi. Being adventurous, we opted to use public transport for the return leg. The local metro terminus at Prospekt Pobedy connects with the 97 bus to the airport (if you can find the stop!). Metro fares are 15 rubles per journey and the bus fare is 38 rubles covering the 40 minute journey. 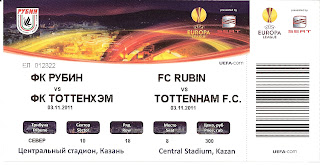 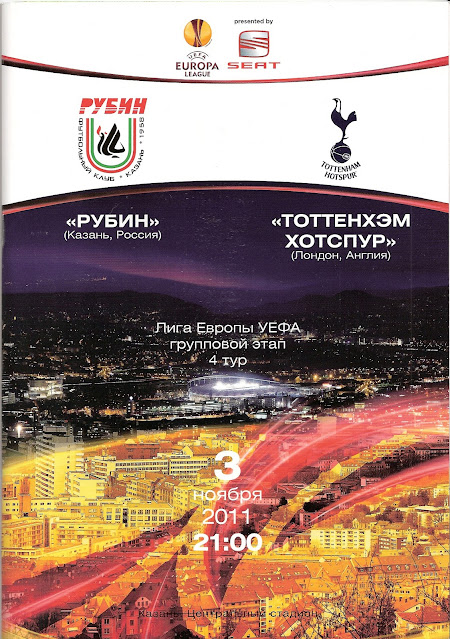 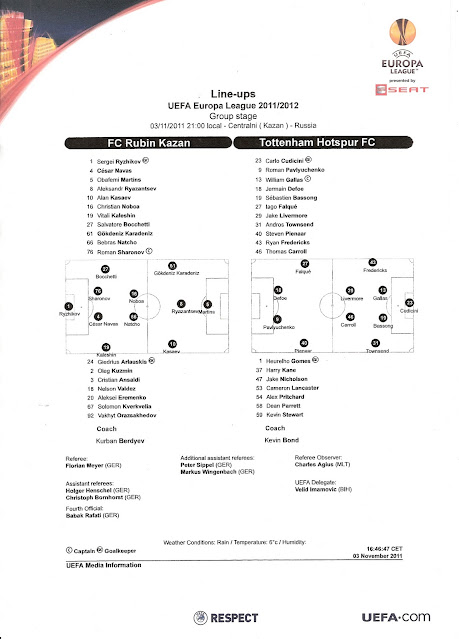 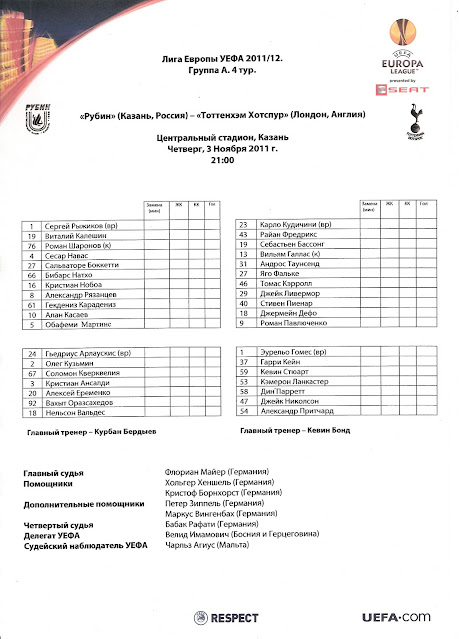