Dorking is a historic market town at the foot of the North Downs approximately 25 miles south of London. Dorking began life as a small staging on Stane Street, the Roman Road that linked London to Chichester on the English Channel. Dorking appears in Doomsday Book of 1086 as the Manor of Dorchinges. It was held by William the Conqueror. Its Doomsday assets were: one church, 3 mills worth 15s 4d, 16 ploughs, 3 acres of meadow, woodland and herbage worth 88 hogs. It rendered £18. Subsequent Lords of the Manor were to include the Dukes of Norfolk, who lived in Dorking until they moved to Arundel. One of them is buried in Dorking churchyard. In the Medieval period, Dorking was a prosperous agricultural and market town, benefitting from its position on the junction of a number of important roads and tracks. Westhumble is a village 1.2 miles north of Dorking. With large country fields, meadows and National Trust landmarks, such as Box Hill and Polesden Lacey close by; Westhumble is a focus for ramblers. 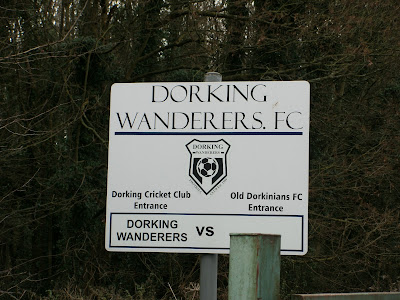 A rare opportunity to take in a match on Christmas Eve and a new ground too. There was a handful of matches scheduled in the Sussex County League, but the one that caught my eye was at Westhumble Playing Field. This venue had been on my ‘to do’ list following an earlier recommendation by Colin Marshall. 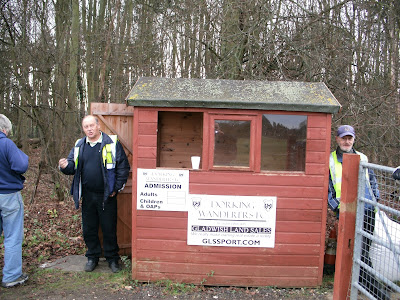 I was surprised when purchasing a ticket at Cheshunt station, to hear that I was the second person travelling to Box Hill & Westhumble that morning. However, when questioning further, I ascertained that it was none other than Dave Hughes already en route to Surrey. Strangely, Saturday is the only day of the week when our destination only has an hourly train service. Sunday ramblers would appear to be a greater priority than the occasional Saturday ground hopper! 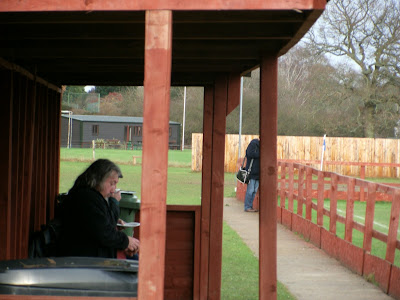 The journey from London Victoria takes about 50 minutes. On leaving the station, one should head for the A24. Immediately prior to the junction with this road, you pass The Stepping Stones public house. This Pieman spied at least three handpumps at the bar. I did think that this hostelry would have got some of my custom after the match, if had not been offered a lift. However, Flysouth Bysouth reports the pub as being closed between 15:00 and 17:00 (not an issue following a conventional 15:00 kick off –Ed). 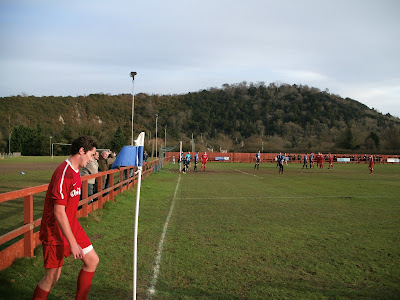 The Westhumble Playing Field home of Dorking Wanderers FC is just a further few minutes walk along the A24 heading south, having turned right at the previous junction. The ground backs on to the railway line. The unique (at least for me – Ed) feature of this ground is that almost everything is wooden:. club buildings, railings and fencing. The match kicked off at 13:30 due to Dorking Wanderers not having floodlights. We had arrived with plenty of time to spare but many others were taking in their second Sussex County League match of the day and a few were unsuccessful in securing a copy of the £1:00 match programme. 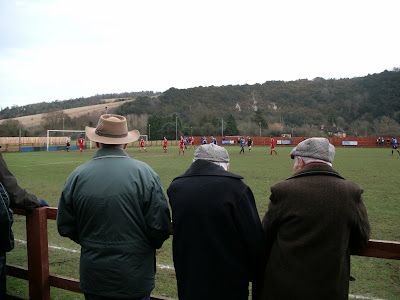 This match pitted together 3rd v 4th and despite a bit of unnecessary niggle (it is the festive period lads) was slow to get going. Visitors Storrington FC took the lead before the break with a well-taken goal. When they scored again in the second period, it looked very much that all three points would be heading to Sussex. However, the Surrey side had other ideas, levelling through to headers. The match was becoming progressively eventful. 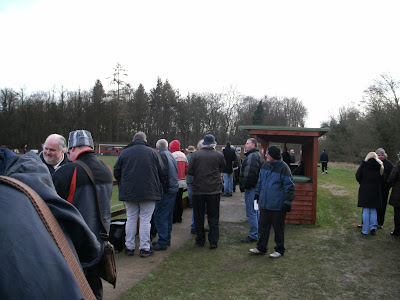 A decent strike from the left edge of the box sealed the win for the home side and a late red card summed up Storrington’s lot. From a neutral perspective it would be easy to offer “they deserved a share of the spoils” view but us hopper types love the drama of a three-goal fight back. £5 was good value for a fine afternoon’s entertainment. I have long enjoyed visiting grounds in the Sussex County and to have Box Hill as the backdrop here was a real bonus. 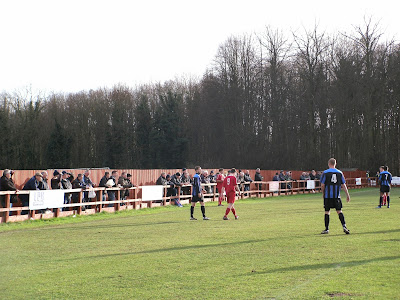 It was good to see many familiar faces on a pleasant afternoon when the south of England fared better than elsewhere weather-wise. Football on Christmas Eve – I could get used to this! A lift back to Orpington (thanks Adrian) and a fast London Bridge service from there ensured that I was back at Cheshunt for 17:40. 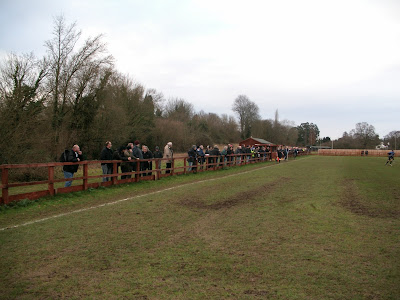 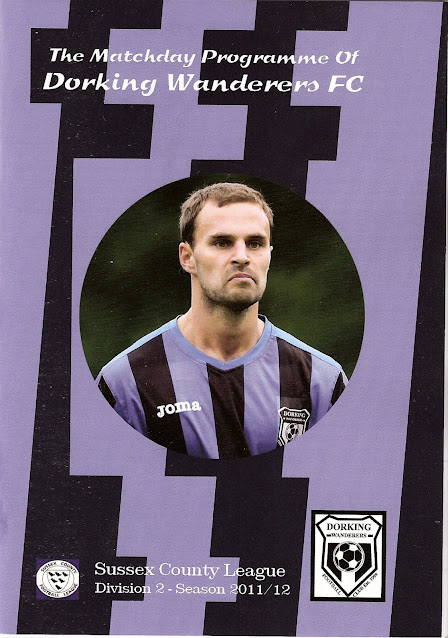