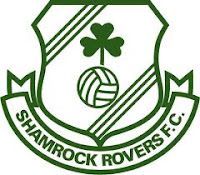 Dublin is situated at the mouth of the River Liffey. It is bordered by a low mountain range to the south and surrounded by flat farmland to the north and west. A north-south division has traditionally existed, with the River Liffey as the divider. The Northside is generally seen as working-class, while the Southside is seen as middle to upper middle class. Similar to much of northwest Europe, Dublin experiences a maritime climate with mild winters, cool summers, and a lack of temperature extremes. The average maximum January temperature is 8.3 °C (47 °F), while the average maximum July temperature is 19.6 °C (67 °F). Rainfall is evenly distributed throughout the year. 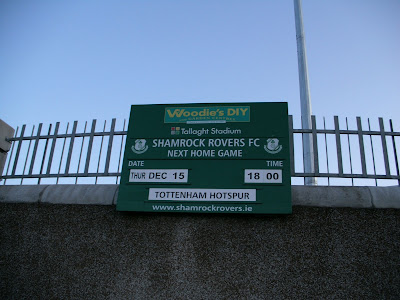 Tallaght Stadium is a purpose built, state-of-the-art stadium, which hosts Shamrock Rovers home games. The stadium opened in March 2009, with capacity for over 3,000 spectators. In August 2009, the second phase of the ground was completed, bringing the capacity to 6,500. The stadium is owned by the local authority, South Dublin County Council, with Shamrock Rovers as anchor tenants. Located in the centre of Tallaght, on Whitestown Way, the stadium is easily accessible by public transport. The stadium is just a few minutes walk from the Red Luas line terminal at The Square Shopping Centre and numerous bus stops. 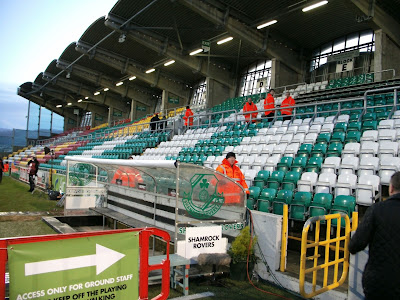 An early morning flight from London Heathrow enabled us to reach central Dublin before midday. We were unable to check in to our hotel before 2pm and opted to fill the gap with a visit to The Confession Box, where this Pieman enjoyed some Guinness! An earlier visit to Dublin the previous June had alerted us to this particular pub and once again we were not disappointed. 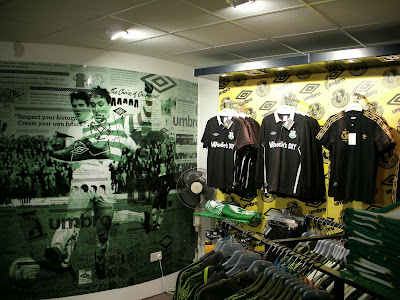 The match was scheduled for an early 18:00 kick off and therefore it was necessary to reach the ground earlier. This also assisted in getting a few daylight photographs at the ground. To reach Tallaght by public transport, the easiest option is to catch the tram (LUAS) which runs from the city centre. The journey takes around 40 minutes. For €7.50 we purchased an all day travel ticket covering the buses and the trams. The fast express bus service from the airport is also covered. 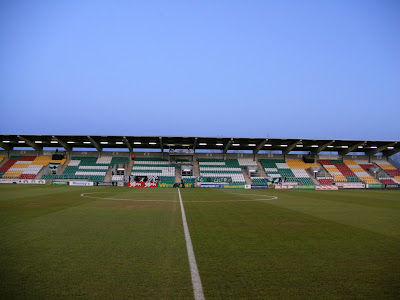 Outside the ground, I was delighted to meet Frans from FootballFans.eu who had flown in from the Netherlands for the match. This Pieman was presented with a special FootballFans.eu jacket in recognition of attendance at numerous matches over many years. If not familiar with the website, have a look. However, beware - it is addictive! 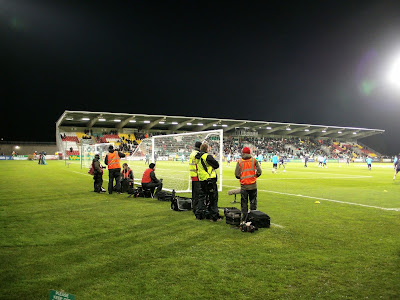 The Tallaght Stadium boasts two near identical covered seated stands. The main stand is adjacent to the club administration block which also contains the club shop. For this season’s Europa Cup, Group Stage matches; temporary seating had also been installed behind one of the goals. Behind the other goal there are no spectator facilities. 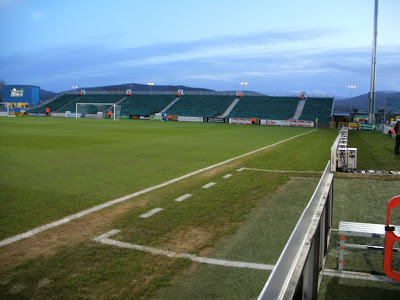 Tottenham Hotspur, as has been the case throughout the competition this season, fielded a team lacking most of their current first team regulars. Despite a comfortable 4-0 in this match, Spurs failed to qualify for next round of the competition. It is no great secret the management of the team was focused on different aims. The pick of the goals being a delightful chip from Andros Townsend. 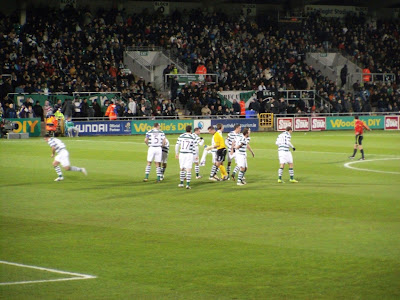 After the match we caught the tram stopping off at the Black Horse (tram stop Black Horse – Ed) and were able to watch Udinese v Celtic live on TV in a later match. This Pieman was enjoying some Beamish Stout in this hostelry when shortly before 10pm the place became flooded with senior citizens arriving for a late bingo session (you failed to mention that when recommending this pub Andy Scott - Ed) Time to catch another tram. 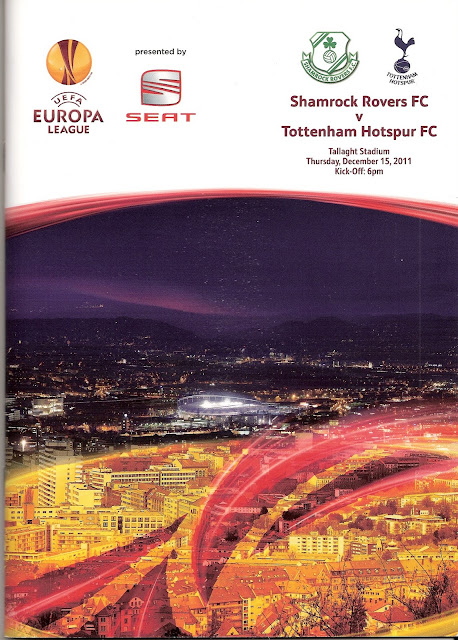 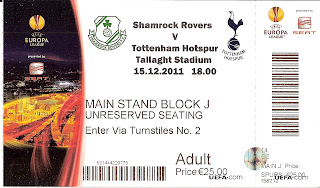 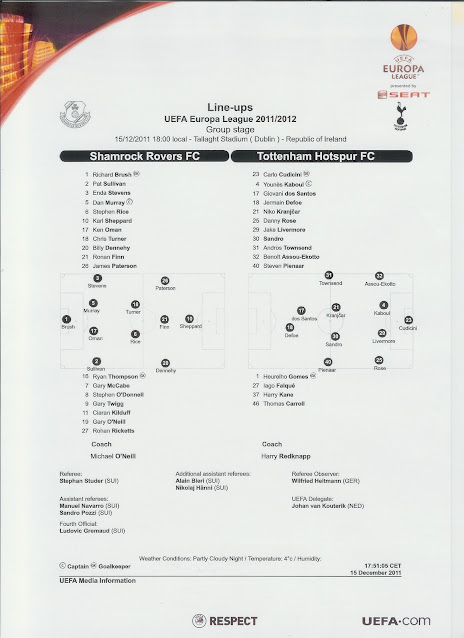 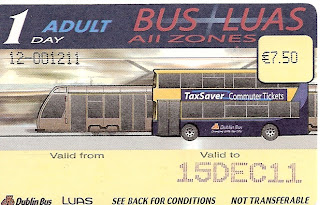