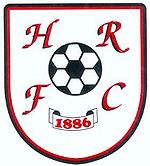 Haverhill is a market town in Suffolk, next to the borders of Essex and Cambridgeshire. It lies 14 miles southeast of Cambridge and 45 miles north of central London. The town centre lies at the base of a gentle dip in the chalk hills of the Newmarket Ridge; running through the town is the Stour Brook, which goes on to join the River Stour just outside the town. The surrounding countryside largely consists of arable land. Haverhill dates back to at least Saxon times and the town's market is recorded in the Doomsday book. Whilst most of its historical buildings were lost to the great fire on 14 June 1667, one notable Tudor-era house remains (reportedly given to Anne of Cleves as part of her divorce from Henry VIII and thus titled Anne of Cleves House) as well as many interesting Victorian buildings. The 1960's BBC soap opera 'The Newcomers' was filmed in Haverhill which was used as the fictional county town of Angleton. 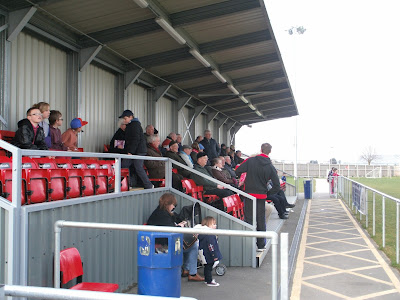 Haverhill Rovers FC was established in 1886, the club initially played at the Seven Acres ground, before moving to Hamlet Croft in 1913. In 1986–87 the club reached the quarter-finals of the FA Vase, where they lost to Warrington Town in front of another record crowd of 1,578. In 1991 they won the East Anglian Cup, beating Eynesbury Rovers 2–1 in the final. 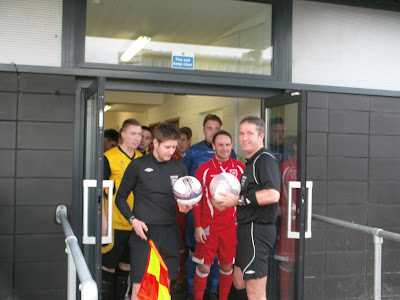 This Pieman visited Hamlet Croft in 2002 for an Eastern Counties League clash with Halstead Town. In 2010 the club moved to a new £2 million ground at Chalkstone Way, appropriately named The New Croft. I was fortunate to be offered a lift to this match and really appreciate the gesture. To reach this venue by public transport would most likely have involved getting a bus from Cambridge. 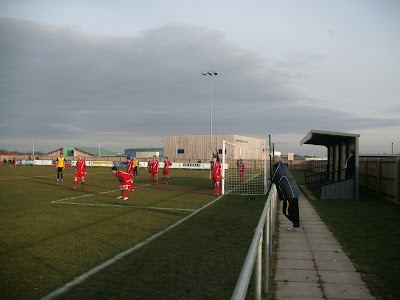 The New Croft is a tidy venue. There is a covered seated stand along part of one side. This is situated in front of the extensive clubhouse complex, which incorporates the bar (no real ale), refreshment kiosk, toilets and changing rooms. The only other specific spectator structure is a four step covered terrace immediately behind one goal (ideal for wet weather as this arena would be quite exposed). There is concrete hard standing around the entire perimeter and the ground is fully enclosed by wooden fencing. 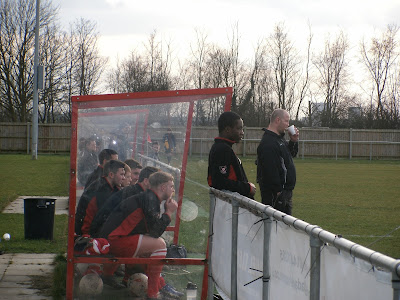 The match was keenly contested between two teams sitting in 8th and 9th place in the table. On a tacky bumpy pitch we were treated to what can best be described as a scrappy match, despite the endeavour of both sides. Visitors Stanway Rovers took the points courtesy of a close range header by Chris Ribchester  and a second half penalty from Kevin Coyle. The size of the crowd swelled significantly as the game progressed as players from matches elsewhere on the complex enjoyed post match refreshment. 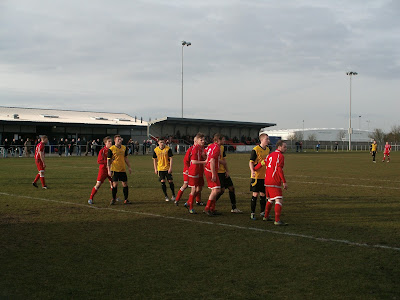 The journey home to Cheshunt via the A11 and A10 took around an hour and I was home in time to see Oldham take on Everton in the late (6pm) match. Although this particular match was not a classic, it was still decent fare for the admission money. I have always liked the Eastern Counties League, the people are friendly and the grounds are of a good standard. 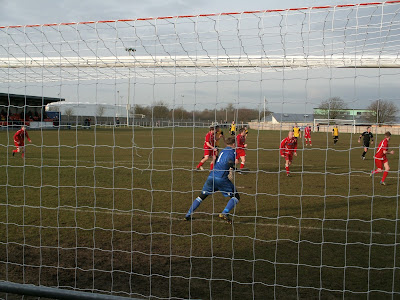 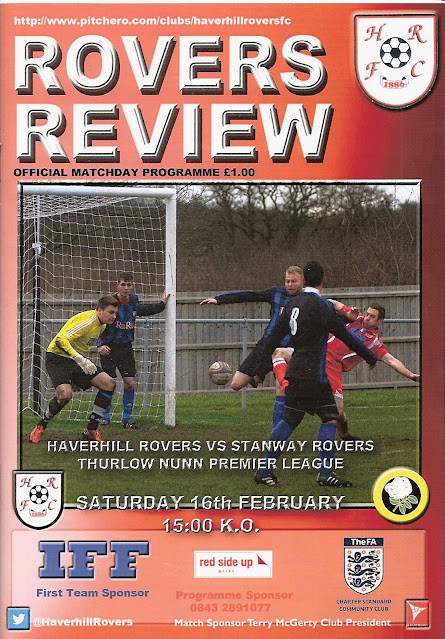